by The Associated Press
Quick Reads 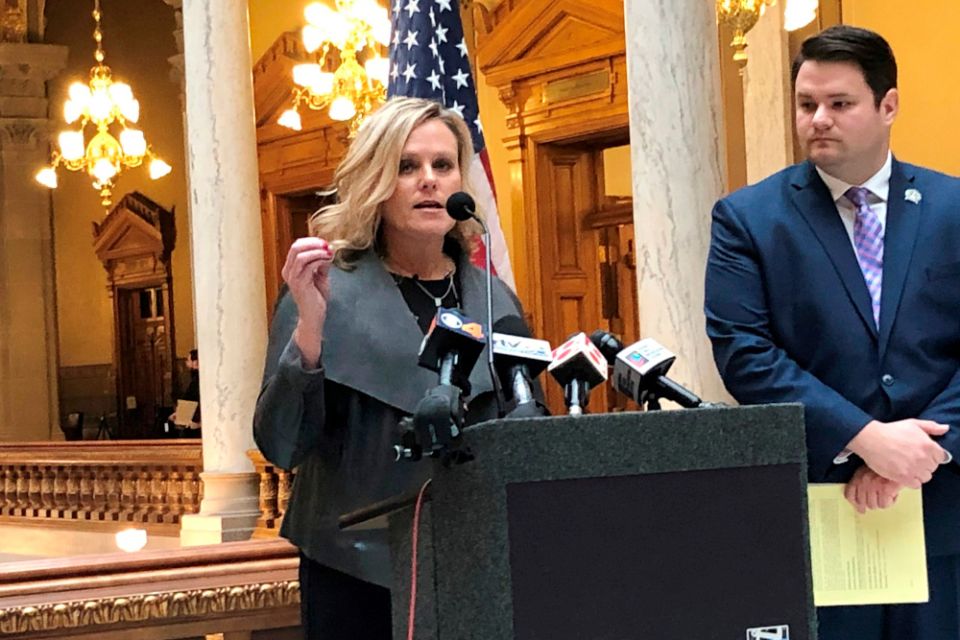 Republican Indiana Superintendent of Public Instruction Jennifer McCormick speaks during a news conference with state Sen. J.D. Ford, D-Indianapolis, on Friday, Jan. 3, 2020, at the Statehouse in Indianapolis, in support of a bill that would ban private schools that discriminate against gay employees and students from receiving money from Indiana's voucher program. (AP/Tom Davies)

Indianapolis — A proposal aimed at banning private schools that discriminate against gay employees and students from receiving Indiana voucher program money is being backed by the state’s Republican school superintendent.

The bill filed Friday by Democratic Sen. J.D. Ford of Indianapolis comes after protests over the firings of gay staff members at two Catholic high schools in Indianapolis because they were in same-sex marriages. The proposal would prohibit private school voucher money from going to schools that discriminate over factors including sexual orientation, disability, race, gender or religion.

Ford and state schools Superintendent Jennifer McCormick argue taxpayer money shouldn’t support schools that don’t treat all students and employees equally. The voucher program distributed about $161 million for some 36,000 students attending private schools during 2018-2019, according to a state Department of Education report.

It is unlikely that the bill will advance in the Republican-dominated Legislature during this year’s session as Ford’s bill in 2019 wasn’t considered by a Senate committee and House Republicans voted down a similar proposal as well.

Voucher program advocates maintain that the state money isn’t awarded to schools, but to families who then choose the best school for their children.