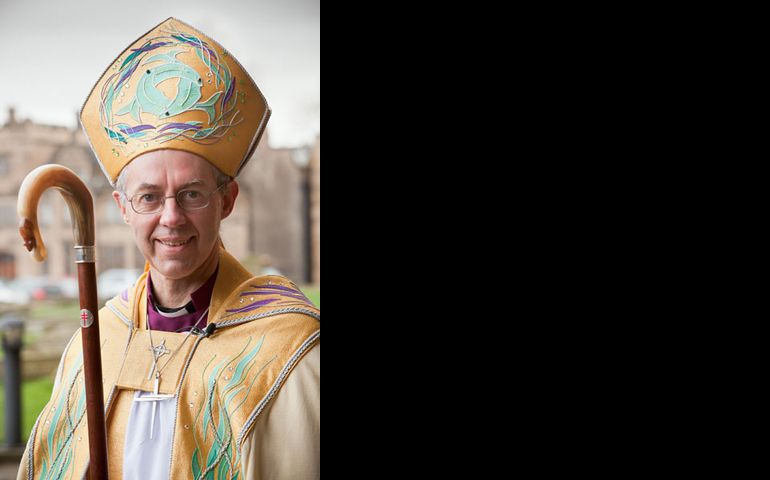 Canterbury, England — Almost 1,500 years after St. Augustine of Canterbury founded England’s first Christian church in 597 A.D., the British people have been told in no uncertain terms that they’re no longer living in a Christian country.

A sensational report released this week by the Commission on Religion and Belief in British Public Life challenges this country’s time-tested moral and public values system. In language that raises eyebrows -- and tempers -- the report says the United Kingdom should cut back the Christian tone of major state occasions and shift toward a “pluralist character.”

Events such as coronations should be changed to be more inclusive, it says, while the number of bishops in the House of Lords should be cut to make way for leaders of other religions.

The recommendations from the commission, chaired by the former High Court judge Baroness Elizabeth Butler-Sloss, highlight major changes in British society, such as the decline in people who say they are Anglicans, down from 40 percent in 1983 to less than 20 percent in 2013.

Although membership in the commission included leaders and academics from every major religious tradition, a spokesman for the Church of England blasted the findings as “dominated by the old-fashioned view that traditional religion is declining in importance and that non-adherence to a religion is the same as humanism or secularism.”

That may be referring to the commission’s call for new policy on religion and belief in the U.K. that would “provide space and a role for all within society, regardless of their beliefs or absence of them.”

Royal sources say that Prince Charles, 67, would have considerable sympathy with some of the report’s recommendations. The heir to the throne has often spoken of wanting to be, when king, defender of faiths and not just “the faith.”

Two years in the making, the report was set up by the Woolf Institute, which was established at Cambridge University in 1998. It is this country’s leading think tank studying relations between Christian, Jewish and Muslim communities.

While gathering evidence, the report’s commissioners met with Justin Welby, the archbishop of Canterbury who is spiritual leader of the world’s 800 million Anglicans; Ephraim Mirvis, the South African-born Chief Rabbi (Orthodox) of the Commonwealth; and leaders of Britain’s fast-growing Muslim community (currently estimated at 2.8 million).

Even so, some Christians are furious. They believe humanists and secularists are the brains behind this controversial report, which has been damned as “seriously misguided” by the Church of England, the country’s established church since the 16thcentury. Its Supreme Governor is Queen Elizabeth II, who holds the title “defender of the faith.”

At her coronation in 1953, Queen Elizabeth swore “to uphold the laws of God and the true profession of the Gospel, maintain the Protestant reformed religion established by law and preserve the settlement of the Church of England.”

There is not a single reference in the coronation service to a religion other than Christianity or a denomination apart from the Church of England.

But that was over 60 years ago, when most Britons who were asked to fill in forms asking their affiliation simply put “C of E” (Church of England), whether they went to church on Sundays or not.

Meanwhile, the Church of England is battling internal divisions as well. Welby is busy preparing for a “make-or-break” meeting in Canterbury next month -- one that could determine the long-term future of the Anglican Communion.

He is attempting to hold together a group of 37 Anglican primates who are bitterly divided on the subject of human sexuality.

Church of England sources say the meeting will attempt to repair damage caused by feuding clerics on the explosive issue of full Christian rights for gay men and women and pave the way for the next Lambeth Conference -- until now the showpiece of Britain’s Anglican/Protestant Christian heritage -- in 2018.

United Methodists to hold special session on LGBTQ inclusion in 2019