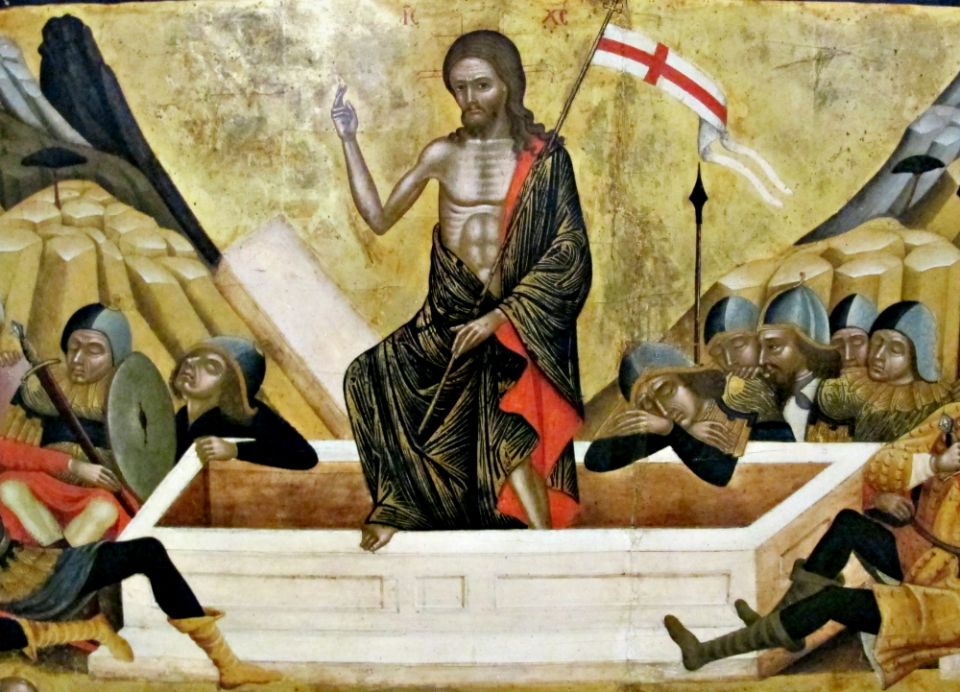 Unusual pairing: a rising from the dead and a day to be wary of —
Everything you hear, read, see. Who could believe it?
Not the apostles, not the soldiers, only, the women.

There to, properly, prepare his body —
If, only, someone could take away the stone for them.

They say Jesus predicted it, on many occasions.
But who could believe — or understand — such a thing?
No one, anywhere, ever, had actually come
Back from the dead. Alive.
The apostles, earlier, had probably thought he was fooling;
Or, maybe, exaggerating, to make some other point, clearer.

How would it be possible — and what would it mean —
For him; for all the rest of us, forever and ever?

Most of the other stories from those wondrous days
Seem all too magical to believe, much less stake a life on:
Quickly disappearing over a meal in Emmaus
Coming through the walls of an enclosed upper room
Showing up on the shore of Galilee, cooking some breakfast
Saying he’d be with them always, before rising into the sky.

One could, easily, see it all as the ultimate April Fools joke.
Death really is death. Final. No coming back. For anyone. Ever.

But they kept saying it, again and again: “Jesus has risen, as He said.”
For decades, generations, eons. Many even gave their lives for it, as,
Perhaps, fools for Christ, for over thousands of years.
No joke. No fooling. Jesus is alive. And with us still. For all eternity.