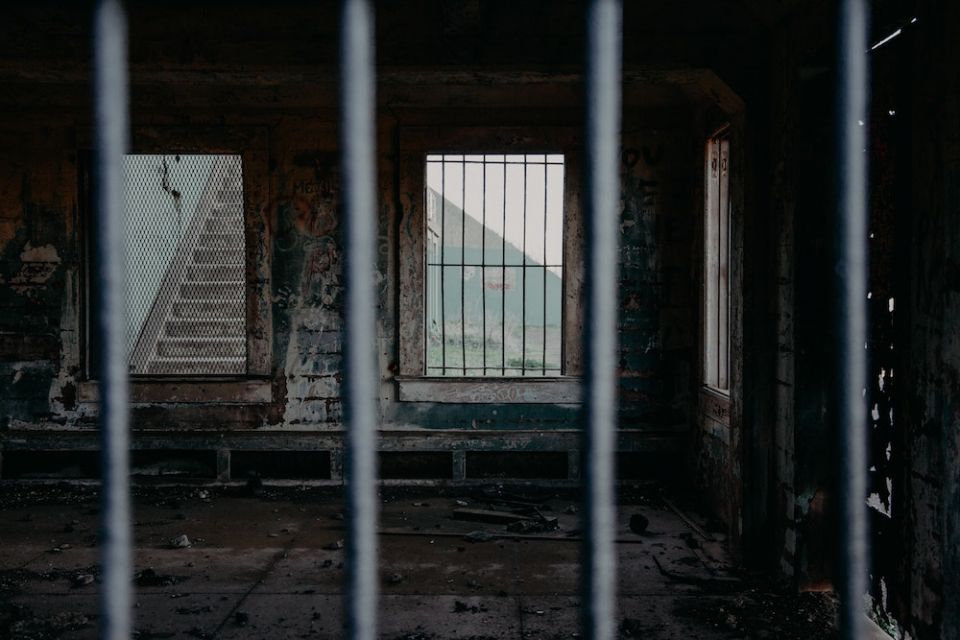 The sense of imprisonment in our own pandemic time has led me to remember two great Jesuits who were also imprisoned — and in Advent. (Unsplash/Christina Boemio)

Albert Camus's novel "The Plague" describes how the pandemic that struck the town of Oran in the 1940s ravaged its citizens with a sense of exile and imprisonment. That sense of imprisonment in our own pandemic time has led me to remember two great Jesuits who were also imprisoned — and in Advent.

The first is Fr. Pedro Arrupe, the beloved, charismatic leader of the Jesuits (our "Fr. General," but without any of the military connotations) from 1965 to 1983. The achievements of his tenure — not least his creation of the Jesuit Refugee Service — have led to his cause for canonization. But it is one month of his long life that I recall especially today: a month of imprisonment.

Born in Bilbao, Spain, in 1907, Arrupe entered the Jesuits in 1927. As a young priest he was sent to Japan as a missionary in 1938. Following the Japanese bombing of Pearl Harbor, he was imprisoned in Advent 1941 on charges of spying. Held in solitary confinement for 33 days, he lived a month "in which," he later wrote, "I learned the most in all my life."

Another great lesson for him came in 1945, when the United States dropped the first atomic bomb on Hiroshima, where Fr. Arrupe was at the time the director of novices. You know the scenes of the city's devastation — physical ruin beyond imagining and human suffering beyond endurance. Fr. Arrupe spoke of it as "an experience outside of history." His response was to take his novices immediately into the streets of the city to care for the sick. It was Calvary in August.

I remember another great Jesuit, also born in 1907 and also imprisoned in Advent. His name was Alfred Delp, and he was born in Mannheim, Germany, to a Catholic mother and a Lutheran father. After deciding to become a Catholic, he attended a classical German gymnasium and in 1926, less than a month after graduating, entered the Society of Jesus. He was a brilliant, if somewhat rambunctious and at times arrogant, loud young man and excelled at most things to which he turned his hand. He studied philosophy at Pullach outside Munich, was then a prefect in two different Jesuit boarding schools and pursued his theology studies first in Valkenburg, Netherlands, and later in Frankfurt. Ordained in 1937, he was to have studied philosophy at the University of Munich, but the Nazi administrator of the university would not allow it, and so he was sent to work at the Jesuit journal Stimmen der Zeit. When the Gestapo forced the closure of that publication, he became a pastor — a much loved one —at a parish in Munich.

During that time, he came in contact with a group that gathered around Count Helmuth James von Moltke to discuss the rebuilding of Germany after what its members considered the certain downfall of Hitler. He also visited Count Claus von Stauffenberg, although Delp was not aware of von Stauffenberg's plan to kill Hitler on July 20, 1944. Seven days after that failed attempt, on charges of treason and sedition, Delp was arrested after Mass and sent to prison in Berlin, for most of the time in the Tegel section of the city.

Though confined with his hands in chains, he managed to smuggle a variety of notes and meditations out of the prison. To read them is to witness the birth of a martyr. When they were published after the war in a volume called In the Face of Death, Thomas Merton judged them "perhaps the most insightful … Christian meditations of our time." The young Jesuit suffered beatings, depression, hunger, harsh confinement (his cell was very small), sleeplessness and great anxiety. But he managed somehow from time to time to celebrate Mass and wrote: "Every now and then my whole being is flooded with pulsating life and my heart can scarcely contain the delirious joy there is in it. Suddenly, without any cause that I can perceive, without knowing why or by what right, my spirits soar again and there is not a doubt in my mind that all the promises [of the season] hold good." 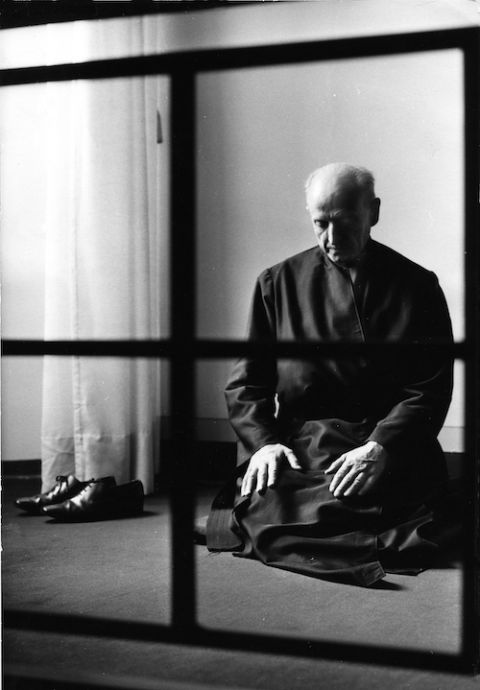 Jesuit Fr. Pedro Arrupe, superior general of the Jesuits from 1965 to 1983, is pictured in an undated photo.(CNS/Courtesy of Jesuits Global)

"Never have I entered on Advent so vitally and intensely alert as I am now," he wrote. ''When I pace my cell, up and down, three paces one way and three the other, my hands manacled, an unknown fate in front of me, then the tidings of our Lord's coming to redeem the world and deliver it have quite a different and much more vivid meaning." He wrote beautifully about the great figures of the season, John the Baptist, for example, "the man crying in the wilderness," and Mary, "our blessed Lady."

But describing "the people of Advent," Delp also wrote: "Advent is the time for rousing. Humanity is shaken to the very depths, so that we may wake up to the truth of ourselves. The primary condition for a fruitful and rewarding Advent is renunciation, surrender." His was not an Advent of joyful carols and nostalgic musing — though he had full sympathy for old symbols and practices. "Light the candles quietly, such candles as you possess, wherever you are" because they symbolize the season, he wrote, in hope that he might be heard. But also, and perhaps most striking of all: "Unless we have been shocked to our depths at ourselves and the things we are capable of, as well as at the failings of humanity as a whole, we cannot possibly understand the full import of Advent."

On Dec. 8, 1944, to his immense joy, Delp was allowed with bound hands to place his final vows as a Jesuit in the delegated hands of his great friend Jesuit Fr. Franz von Tattenbach. But less than two months later, on the Feast of the Presentation, after a mock trial in an atmosphere of horrendous enmity, he was hung in the prison at Berlin-Plöetzensee. At the personal command of Hitler, his ashes were strewn to the winds of Berlin — so that he could never be remembered.

Friends of the Advent season, we no more deserve figures such as Pedro Arrupe and Alfred Delp than we deserve the other heralds of God's coming: Isaiah, John, the angels, Mary. But they are given us. Not to charm and beguile, or distract from distress, but to call forth: "Let us walk in the way of the Lord!" "Our salvation is nearer now than when we first believed." "Stay awake! Be prepared!" For the Son of Man comes. The very Word of God in flesh such as ours. The reordering of everything within and without us, the birth of true humanity, the true beginning, finally, at last, before us, of a new heaven and a new earth.

Let us hasten in our waiting and reach out to the gift that approaches!

'It's always darkest before the dawn'

Third Sunday of Advent: The world God hopes for