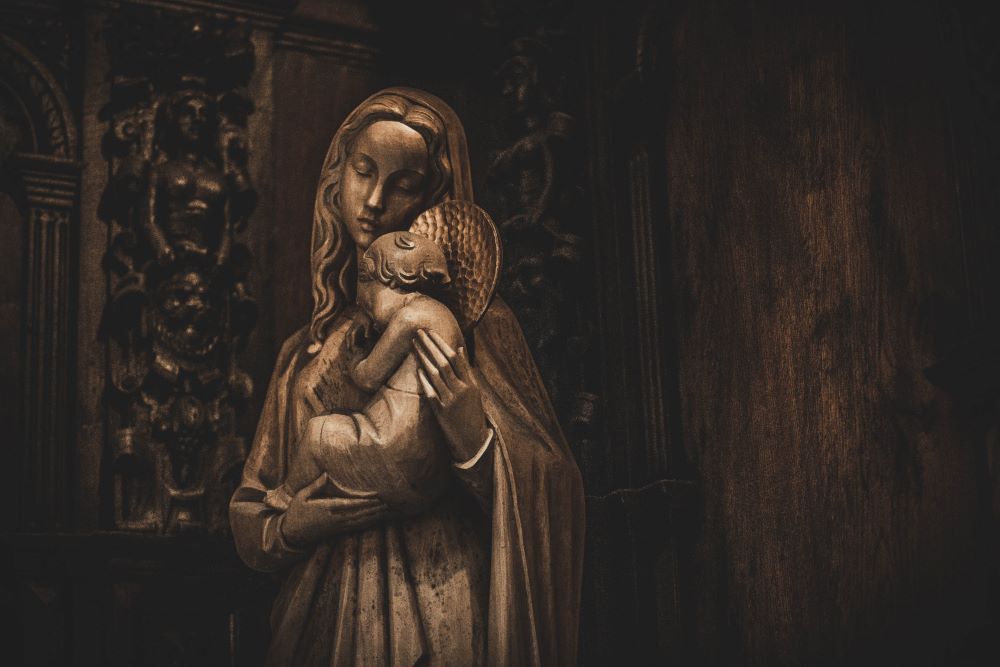 At the Christmas Eve vigil Mass, ask your pastor to read all 25 verses in Matthew's Gospel rather than using the shorter form that skips over the genealogy. I know proclaiming Matthew's genealogy can be tedious to contemporary ears, yet it contains critical information about the amazing — and at times unsettling — unpredictability of God.

Genealogies were important in antiquity. They sought to explain a person's significance in light of the overarching history of those who had gone before and helped establish the identity and authenticate the status of an important person, such as that of a king or priest. If certain ancestral traits reappeared in descendants, a genealogy could reveal something about that person's character as well.

Matthew's genealogy works hard to link the birth of Jesus to Joseph and the proud Davidic patriarchal lineage from which every good Jew knew the Messiah would come (see Jer. 23:5-6.) The first line speaks volumes: "The book of the genealogy of Jesus Christ, the son of David, the son of Abraham." Immediately we know that Matthew is saying that Jesus is the long-awaited Messiah and his lineage can be traced to David and then to Abraham.

There is one problem with this: Jesus is the son of Mary, not Joseph.

To trace Jesus' ancestors through Mary (Miriam) and the matriarchs, click here for a genealogy compiled by the late Loretto Sister Ann Patrick Ware

Matthew himself quietly spells this out in verse 16: "and Jacob the father of Joseph the husband of Mary, of whom Jesus was born, who is called the Messiah."

So here we have an elaborate and painstaking genealogy created to prove Jesus' ancestral links to the male kings and patriarchs of Israel when in fact, as verse 19 explains, he was born to Mary through the power of the Holy Spirit. Not through Joseph. Not through patriarchal potency.

It is enough to make any self-respecting feminist laugh.

"Man had nothing to do with Him." While this makes for rather fun rhetoric in the 21st century, it didn't work so well for first-century pastoral sensibilities. For the sake of the Jewish-Christian community for whom he wrote, Matthew needed to connect Jesus to the Hebrew patriarchs and to explain the unusual events surrounding Mary’s pregnancy — all within the context of Jewish tradition and history.

He succeeds in doing so and it is nothing short of masterful.

In addition to Mary, four women are woven into the Matthean genealogy: Rahab, Tamar, Ruth and "the wife of Uriah" (aka Bathsheba). All four women played critical roles in Jewish history and, according to the renowned biblical scholar Fr. Raymond Brown, they came to be seen in post-biblical Judaism as instruments of the Holy Spirit. All four women had something irregular — some would say scandalous — about their unions with their partners.

What could better witness the power of an unpredictable God than to raise up a long-awaited Messiah from the least powerful of humans — a child born of an unwed mother?

Rahab (Josh 2:1-24; 6:1-2, 15-25) ran a brothel in Jericho. Joshua sent two men to reconnoiter the city before his planned siege. Rahab had gleaned a great deal of intelligence from her clientele and shared the information with Joshua's spies. She saw that the Hebrews would prevail: "I know that God has given you this land. Fear has fallen upon us. …" Rahab hid Joshua's spies and helped them escape. In return she received safe passage for her entire household and family. Rahab became the mother of Boaz and according to rabbinic tradition was an ancestor of eight prophets, including Jeremiah and Huldah.

Tamar's (Gen 38:6-30; 1 Chr 2:3-6) first husband before she had any children, Er, died. As was the custom, her father-in-law Judah gave her to his second son Onan so his deceased brother would have an heir. But Onan withdrew before his semen could enter Tamar and as punishment he also died. A fearful Judah refused to give his third son to Tamar but neither did he release her from the levirate bond so she could marry again. Since in antiquity a woman's first duty was to produce a male heir, a resourceful Tamar disguised herself as a Temple prostitute and seduced Judah. She also demanded personal items from him as pledge of future payment. Tamar became pregnant and when Judah sought to burn her for being a harlot, she was saved by showing him his pledge. "She is more in the right than I am," said Judah. Tamar bore twin sons, including Perez, who continued the Abrahamic lineage.

Ruth (Ruth 1-4) was a foreigner, a Moabite woman whose mother-in-law Naomi had emigrated from Judah to Moab during a time of famine. After both women's husbands died, Naomi decided to return to Judah. A childless Ruth insisted on returning with her. Her fidelity to Naomi is remembered to this day with the popular wedding hymn "Wherever you go, I shall go," (Ruth 1:16). Upon their return, Naomi encouraged Ruth to seek out a wealthy kinsman, Boaz, in hopes of fulfilling the levirate obligation to beget a child for her deceased husband. Ruth did so and Boaz married her. She gave birth to Obed, the grandfather of David.

Bathsheba (2 Sam 11: 1-27;12:1-25; 1 Kings 1-40; 2:13-25) was the beautiful wife of Uriah the Hittite. As she was bathing one day, King David was out for a stroll along the palace roof and saw her. He summoned her to his chambers, most likely raped and impregnated her. He then tried to cover it up and ordered Uriah home from battle, hoping he would sleep with his wife. But Uriah refused to take pleasure while his fellow soldiers were dying. David then had Uriah sent to the front where he was killed. He took Bathsheba as one of his eight wives and ten concubines. After the prophet Nathan chastised David, the couple's male infant died. David again impregnated Bathsheba and she gave birth to Solomon. Bathsheba subsequently navigated palace intrigues to make sure her son, Solomon, succeeded David as king.

Matthew holds up these four women as examples of how an unpredictable God used female initiative and courage in unexpected ways to affect the lineage of the future Messiah.

In his classic book on the infancy narratives, The Birth of the Messiah, Brown explains:

It is the combination of the scandalous or irregular union and of divine intervention through the women that explains Matthew's choice in the genealogy. … Matthew has chosen women who foreshadow the role of Mary, the wife of Joseph. In the eyes of men her pregnancy was a scandal since she had not lived with her husband; yet the child was actually begotten through God's Holy Spirit, so that God had intervened to bring to fulfillment the messianic heritage.

What could better witness the power of an unpredictable God than to raise up a long-awaited Messiah from the least powerful of humans — a child born of an unwed mother? What better witness than a son with no apparent biological father, and therefore no claim to patriarchal privilege?

In the Women's Bible Commentary, New Testament scholar Amy Jill Levine observes that Jesus' unconventional birth "indicates the restructuring of the human family: outside of patriarchal models it is not ruled by nor even defined by a male head of household."

With such a genealogy, it is no surprise that Jesus — taught by his Magnificat-mother — dedicated his life to raising up the lowly, scattering the proud-hearted and filling the hungry with good things.

In the messianic age, "family" would become newly defined for Christians as deriving from God's power to save through Jesus, rather than through human patriarchal power. The earliest Christian communities saw their kinship-in-Christ as a primary familial identity.

Christmas is a great time to celebrate Jesus' unpredictable God, who often confounds even the most deeply entrenched of our human expectations.

It can be scary. It can also be liberating.

How will you witness to Jesus' unpredictable God in a patriarchal world still so deeply in need of transforming grace?