Obama, an Enneagram One, to live the law 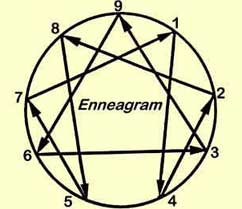 Editor’s note: The Enneagram, an ancient means of describing nine personality types, began to draw fresh interest in the 1980s. Reactivated by the Jesuits in Catholic circles and popularized by Richard Rohr, it migrated to therapists, coaches and the habitués of retreat houses since. NCR recently asked Clarence Thomson, who has written several books on the Enneagram, using the tool, to assess the personality of Barack Obama and his presidency – and to offer any appropriate advice. His personal assessment follows:

President Obama, in my opinion, is a style One on the Enneagram graph. And while the enneagram is not an exact science, it can offer helpful personality indicators.

Ones, for example, tend to be idealistic, guided by clear convictions of right and wrong, and work oriented.

Every style has certain strengths and limitations. Style One is in one way, unduly humble. Ones have a tendency to erase their personal feelings and unite, almost merge their personal agenda with the demands of an ideal or law or tradition or principle.

If you ask a style One what he thinks, you will get your answer consciously or unconsciously filtered through principles that are larger than themselves and may be inherited from a book or tradition.

It is probably not accidental that Obama would study constitutional law. He will make his decisions based not as much on personal convictions as on the wisdom of the law. He will be a lawyer all day long. He may have some charisma, but he will not be “chatty” or intensely personal. He will have charisma, but not really panache.

Ones have a tendency to erase themselves and over identify with a law or tradition. Because of that, they can become quite self-righteous. Because Ones identify with their tradition, their personal convictions often have the emotional weight of the tradition. It is one thing to say, “I think,” but it is quite another to say “Our tradition/law/church says.” With the weight of the tradition or law behind him, Obama will exude a certitude that can seem arrogant. He will likely be criticized for that. He will make things worse if he gives in to the Oneish tendency to preach. Even as polished an orator as he is, after a while, those who disagree may find the oratory punishing.

Because Ones do not really consult their own preferences as much as the demands of the law or tradition or even custom, they tend to get their self-worth from work. Obama will have detractors but if the Enneagram is any predictor, no one will say he doesn’t work hard. No drama Obama means that he will focus on work without much worry about how, he and even those who work with him feel or think.

The identification with the law and traditions makes Ones the champions of objectivity: not what do you or I think, what are the facts and what are the rules?

As Ones believe in the traditions and laws, they are often masters of the system. Personal preferences yield to the needs of the system. We saw an early principle: the best person for the job. What was missing was any reference to how good a friend was the personal to Obama. Obama will not likely be charged with cronyism – his objective criteria will prevail.

Ones are idealists and are better critics than they are creators. So Obama will be much clearer about what is wrong than what is right. He will see the possibilities of what might be and then criticize reality in the light of that. This can discourage people who are already trying hard. Obama will have to realize that the most obstreperous senator is doing the best that he can under the circumstances that he sees himself in – things like reelection, party loyalty and at times, limited insight. Obama will see that the senator is “objectively” terribly wrong and not have much inner compassion for the “subjective” conflicts the politician might have.

Obama will have to give lip service to compromise and the political process, but like most Ones, he will have a clear, almost either/or conviction about what is right. He probably won’t do subtle nuanced considerations nearly as well as will be clear about what is right and wrong.

Moral clarity may cost him flexibility. His early stance that he would hire “no” lobbyists was a typical Oneish statement of principle. Then he had to make exceptions. That probably took some persuasion and he most likely decided the person was so valuable that he fit the criterion of “best person for the job,” so he had to compromise.

Obama’s idealism is not based on evidence. It is based on an inner conviction that right can and must prevail. This is a two-edged characteristic. On the one hand, it enabled him to work as a community organizer with defeat scribbled on every wall and etched in every defeated face. He kept going against the evidence. This could get him into trouble if he has a policy that is not working. He may believe that it must work, even against the evidence.

Look for Obama to have rules. Besides the constitution and the laws of the land, his administration will have rules. House rules, procedure rules, written rules and unwritten rules. Ones are governed more by inner rules even than outer ones. Those who work with him will learn those rules quickly – he will make no effort to hide them and in fact will appreciate everyone knowing his inner rules. These are not just preferences or feelings – they are clearer and stricter than that. If he is healthy and has strong people around him, the oval office will be a paragon of efficiency.

Because Ones are governed by inner rules, not emotional surges or suggestions from the latest consultant, we can look for his administration to be quite consistent. He will be as consistent as is politically possible. He will value it more than flexibility or even at times, responsiveness to daily events. He will have more confidence in consistency than any other Enneagram type.

Obama will be not appear to be but will be quite hurt by unjust criticism because he is quite sure he is correct. But besides this, style One is given to considerable self-criticism so criticism from without will echo a long way in. He will know it comes with the turf, but it will hurt anyway. It will not hurt enough to make him change his mind. He may change policies under pressure, in order to get things done, but he will still retain his conviction that he is right. He is right, the law is right, and he knows the law and will govern and be governed by it.

Spirituality | Obama, an Enneagram One, to live the law

Nature has resilience and so do students and all humans