God is asking us to do more 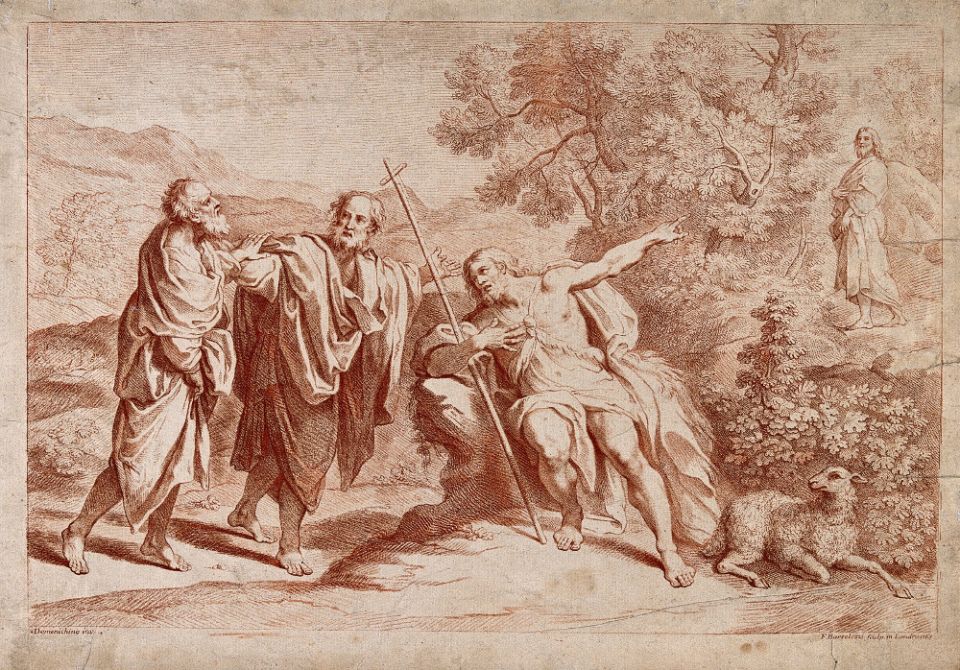 As you may know, the Feast of St. John the Baptist's birth is not ordinarily celebrated as part of our yearly Sunday cycle, so we don't hear those readings that we heard this morning very often. But it's amazing how timely these particular readings are if we listen carefully in the moment in which we gather at this point in our history as God's people. First of all, as we reflect on the readings, I call attention to what seems to me to be somewhat extraordinary.

In that first lesson, the prophet Isaiah, in speaking about this servant who is a very important spokesperson for the people of Israel — the chosen people — he had been instructing them for many years. He had been given the task to draw together the tribes who had been driven apart. As he looked back on his ministry — as we heard in the first lesson — he felt he was a failure; it hadn't happened.

He wonders what worth his work was: "I have labored in vain; I thought I had spent my strength for nothing. Yet what is due me was in the hand of God. Now God has spoken. The God who formed me in the womb to be his servant, to bring the tribes of Jacob back, to gather Israel, that God said now, 'It's not enough.' " He thought he had failed, but what he had done evidently was very pleasing to God.

Nativity of St. John the Baptist

But God said, "But still that's not enough. Your mission is more. It's not enough that you would be my servant to restore the tribes of Israel. I will make you the light of the nations, that my saving love will reach to the ends of the earth." So God is now calling this servant not just to preach to the chosen people, but also to be a light to all the nations, to show that God's saving love is for all people of all time. He thought he had failed, but God was asking him to do even more.

I think sometimes that could happen in our lives where we think we're not really living up to our call to be the disciple of Jesus that God wants us to be. But maybe we're doing better than we think and God is just asking us to do more. It's also in John's life, this great prophet that we heard about in the gospel and whose birthday we celebrate today. The same thing happened in his life. He started out very powerfully, and he, as you may know, is even written about in John's Gospel as the one who is to precede Jesus, who was to be the one to prepare the way for Jesus. So in the very beginning of the gospel he's mentioned.

Then as he is born and grows up, he begins to preach, gathers crowds around him. Jesus even becomes his disciple. You may remember that John baptized Jesus. He didn't want to do it. He thought, "No, I'm not worthy to baptize the Messiah." But Jesus insisted. So John was recognized as a great prophet. Yet you may remember he ended up in jail because he preached against King Herod and he was sentenced to death.

He too began to have doubts. He must have thought his whole life had been a failure because he couldn't see anything coming from all that he had done — his preaching, his fasting, and his discipline in the desert. While he's in prison, he sends a message to Jesus: "Are you the one who is to come or not?" He hadn't seen the reign of God breaking out like he thought it would with the coming of Jesus.

So he begins to doubt and he sends a couple of his disciples to ask Jesus, "Are you the one?" Jesus doesn't directly answer him. (This is recorded in Matthew's Gospel.) Jesus says to the two that John had sent, "Go back and tell John what you see and hear." What was it? Jesus said, "The blind have been given new sight, the deaf begin to hear, the poor have the gospel preached to them, the good news is spreading everywhere."

It recalls what Jesus spoke about himself when he started his own ministry in the synagogue at Nazareth after he had fasted in the desert for 40 days. He came back and went to the synagogue and they handed him the scroll to read. He opened up to the Book of the Prophet Isaiah and he read, "The Spirit of God is upon me. God sends me to bring good news to the poor, to heal the brokenhearted, to give new sight to the blind, to set the downtrodden free, to proclaim God's year of Jubilee" — the time when the fullness of God's reign will break forth.

After Jesus had read that passage from Isaiah, he sits down and then says to the people, "This day this passage is fulfilled, even as you listen." What's he doing? He's saying that he is the one who is to bring about the reign of God where everyone will have a chance for a fullness of life, where they'll be joy and love and peace, where all will share with one another, where they'll be no refugees as Jesus himself was a refugee, where the poor will be taken care of.

Jesus said, sending that word to John, "It is happening. The reign of God is breaking forth." But now as we listen to this and see the role of John and what Jesus does as he fulfills the preaching about him, it still needs to go on, doesn't it? The reign of God hasn't come in its fullness. There are poor and oppressed people in our country, in our world. There is violence. There is killing. There is war. We haven't done all that we can do to work with Jesus to make the reign of God happen.

Isn't it very timely, even as we all have experienced what's gone on in the last week or so — those terrible scenes at our border where children are torn away from their parents, put in cages? How can that be if we really are trying to do what Jesus said was his work; if we really are trying to follow the preaching of John the Baptist who prepared the way for Jesus and now the preaching of Jesus who tells us: "When I was hungry you gave me to eat. When I was thirsty you gave me to drink. When I was naked you clothed me. When I was in prison you visited me. When I was ill you came to see me." When? "Well of course, when you did it for one of the least of my brothers and sisters," Jesus tells us.

I think if we listen deeply to the scripture of today and what it really means at its fullness as we explicate it, we have to know that we've got to do better. Like that servant in Isaiah, God is asking us to do more. Following Jesus, he is asking us to do more to bring his love, his joy, his peace, his goodness in all our relationships within our families, in our country, in our world. So this Feast of St. John the Baptist coming as it does this year on a Sunday really brings to us scripture lessons that are very timely.

It's important that all of us reflect and pray, ask for forgiveness if we have been unhelpful, selfish, but also to pledge ourselves to do what we can to fulfill what Jesus declared, "The blind are given new sight. The deaf are made to hear. The poor have the good news proclaimed to them. Those who are homeless are given a home. Those that are hungry are fed." We must try to make that happen to fulfill the promise that Jesus proclaimed in his first preaching in that synagogue at Nazareth.

[Homily given June 24, 2018, at St. Philomena in Detroit. The transcripts of Bishop Thomas Gumbleton's homilies are posted weekly to NCRonline.org. Sign up here to receive an email alert when the latest homily is posted.]

Column | God is asking us to do more

Second Sunday of Advent: Change from the ground up

Baptism for mission, not only the remission of sins