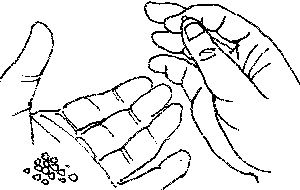 When the tribal elders of the Hebrews went to Samuel to demand a king, he tried to dissuade them with a long list of burdens they would have to accept by having an absolute ruler over them (1 Sm 8:10-22). Among these were placing their sons and daughter at the king’s disposal as soldiers and servants.  Their first king, Saul, fulfilled this prediction by assembling an army to defeat their enemies. His successor, David, revealed the full implications of absolute power in today’s first reading.

The story of David’s adultery with Bathsheba and the murder of her husband, Uriah, has a soap opera feel to its lurid details of a king idling after his nap on the palace roof spying down on a bathing woman. His army, including her husband, is out battling his enemies (what kings do at the turn of the year) while he is safe at home. But his lust will be served, so he has the woman brought to him, has sex with her and sends her away.  Why she was bathing in view of the palace is an unexplored plotline, but the result of their union is conception, so David orders her husband from the front to sleep with his wife to conceal his paternity.

We know the rest of the story, how David’s despicable plot fails because Uriah is loyal to him and to the discipline of refraining from conjugal activity while under arms. So, David arranges to have him killed on the battlefield.  The child dies, thrusting the king into profound guilt and grief, but he still takes Bathsheba, who later becomes the mother of Solomon. David’s story will descend into tragedy from here on, but he still survives in Israel’s history as a great hero and a “man after God’s own heart” (1 Sm 13:14).

Today’s Gospel parables of the farmer and the mustard seed may only be inadvertently paired with the David story, but this does not preclude the shared metaphor of the power of a seed to change the trajectory of salvation history.  David is a profligate sower whose lust for Bathsheba alters the genealogy of the royal line that claims Jesus as its apotheosis, the promised savior, born in Bethlehem of the house of David. In the parable, a farmer is blessed by a fertility he does not understand, and the tiny mustard seed, sown into the wind, creates an expansive and unstoppable community of new life, a sign of the kingdom of God.

God’s preeminent role in all of this is to override human pride, ignorance and sin to save the world in spite of itself.  Jesus comes that we might have life, life to the full.  The entire story of salvation is grace germinating in the midst of adversity, betrayal, ignorance and violent opposition.  From his birth to his death, Jesus suffered for our sins and triumphed over all manner of evil to restore humanity to its divine destiny, life with God.  Despite our sins, we are the harvest of God’s everlasting love, and we are the sparrows who find a nest in the branches of the amazing mustard tree.

Prayer is a mission to bring hurting world to God, pope says