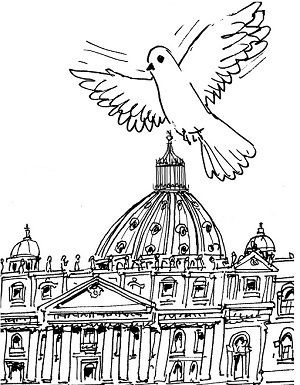 In his remarkable book, American Dialogue: the Founders and Us, historian Joseph Ellis examines American history as a conversation between the past and the present with the view that the genius of our democracy is that the founders never resolved its contradictions but left it to subsequent generations to continually raise the level of the debate. The essence of the American experiment is not a finished system but the ongoing argument.

At a critical time when the inconsistencies and compromises of the founders are being debated (and even their statues scrutinized), it is clear that the ideals they espoused did not change the realities they left unresolved — racial and economic inequality, political deadlock between branches of government, a voting system easily subverted by money and foreign interference, or our nation’s questionable foreign policy.  Ellis concludes that hope lies in the resurgence of the framer’s daring assertion that “we the people” is still the bedrock of an unfinished process of self-correction and self-governance.

Today’s commemoration of Sts. Peter and Paul offers us a chance to reflect on the church in a similar way. Peter and Paul, as co-founders of what became the church of Rome, represent not a single “rock” but a living dialogue between the authority of the keys and the charisms of the Spirit, between the structures of a global institution and the freedom of a pilgrim people adapting to history. What Jesus began as a debate between the Law and the Spirit is reflected in the long sojourn of a faith community always in need of reform.

Traditionalists who reject the dynamic nature of the church abandon the process when they reject Vatican II. Progressives who want to do away with the church altogether have lost faith in the promise of the Spirit to forge a future out of the limitations of the past.  Today’s Scripture readings remind us that the Gospel cannot be chained. No tomb or prison can stop the resurrection from inspiring hope in life over death. This makes the church a continuous work in progress.

Paul, facing execution, exulted that no power on earth could prevent the Gospel from reaching the ends of the earth and the depths of human consciousness with its promise of true freedom. When Jesus told Peter that his church was built on a rock, he made it the goal of all human striving and the destiny of creation itself. Nothing can hold back glory.  Where there is faith, heaven has already come to earth. Wherever people continue to strive for truth, love, peace and justice, they are blessed. We are challenged in our time of crisis to believe that human history is still on course for the Beloved Community and that the Lord of History will prevail. Our joy is to be part of the process as both believers and citizens of the world.

The secret of life