The cup of salvation 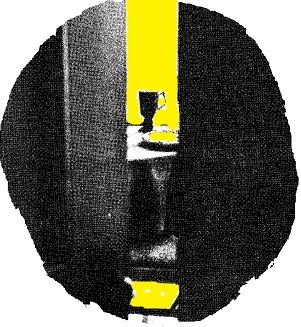 “Drinking the cup” has come down to us from biblical imagery about commitment to purpose. Once we accept a mission, our goal is to finish it, to drink the cup right to the dregs, even in the face of suffering. Many people experience suffering, but there is a particular kind of suffering in advance and anticipation that takes special courage.

Civil Rights leader Dr. Martin Luther King Jr knew early on that he would most likely suffer a violent death. After the first assassination attempt—a knife plunged into his chest during a book signing—King lived with the reality that around every corner and at every public event he was being targeted. The doctor who performed his autopsy at age 39 said that King’s heart was that of a man in his 60s, so intense was the stress he endured during his public life.

Slain Archbishop Oscar Romero lived with the same certainty of martyrdom during the last years of his life. Terrified of being kidnapped and tortured, he prayed for a sudden death, which came in the form of a bullet in the chest during his final Mass in San Salvador. Both he and King, like so many others facing threats for their witness, accepted the cup of suffering with the determination to endure the long expectation of its eventual arrival, surrendering their lives each day until death finally claimed them.

In today’s Gospel passage, the disciples had no idea what lay ahead in Jerusalem as they competed for positions of importance in Jesus’ messianic kingdom.  The brash brothers, James and John, jockey to be his closest lieutenants, sitting on his right and left hands.  The other disciples were indignant at them for plotting to get what they all wanted. Jesus struggled to prepare them for the suffering to come. His understanding of power was a total reversal of the idea of power wielded in the world.

Each time we share the Eucharist we pledge ourselves to complete the journey of discipleship with Jesus. As baptized members of his body, we are being recreated in the image of God, transfigured by the sign of Jesus’ cross and the promise of his resurrection.  The cup of suffering we drink here is the same cup of glory we will share in eternity.  This is the joy of the Gospel.

Column | The cup of salvation

Pray for Peace in the Middle East

Becoming the person God wants us to be

Seeds of the Gospel in cinema