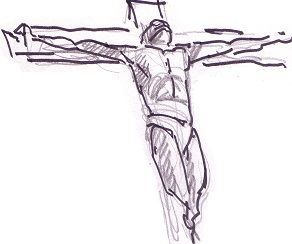 Luke's storytelling flair in Acts is evident in his account of Paul’s rescue from the Sanhedrin by the Roman commander in Jerusalem. Paul deliberately throws a “red herring” into the debate, sending the Pharisees and Sadducees into an uproar over the question of resurrection in the Scriptures. The turmoil ensures that Paul will be spirited away and eventually sent to Rome for judgment by the emperor. The meta-theme underlying Acts is revealed by a vision of Jesus, who tells Paul that he was destined to end his life in Rome.  “Take courage. For just as you have borne witness to my cause in Jerusalem, so you must also bear witness in Rome.”

The great irony and theological quandary Paul will carry to Rome is that he had to be saved by the Romans from his own Jewish brothers. Paul expresses his anguish in Chapter 9 of his Letter to the Romans over the rift between the emerging church and its deep roots in the promise made to the Jews as God’s chosen people. Paul is inspired by the Holy Spirit to write that he would even be willing to be cut off from Christ if this would save his brothers. He wrestles with the unbreakable covenant God formed with Israel and concludes that their salvation is guaranteed within the larger mystery of divine Mercy moving toward fulfillment.  This is also the substance of the Vatican II Declaration Nostra Aetate on the validity of the promise made to Israel and the inseparability of Christian faith and Judaism.

Despite its complexity, this dilemma for Paul as he approaches his death highlights his intimacy with the crucified Jesus, who gave his life so that unity in love could heal the separations and hostilities dividing humanity. Paul’s willingness to be lost so others could be found reveals the depth of his union with Jesus, who sacrificed himself to save the world. We cannot fathom the suffering Paul endured in Rome, only that, in his words, “by the cross of Christ I am crucified to the world and the world to me” (Rom 6:14).

Today’s Gospel approaches this love as the glory of God. When Jesus is lifted up on the cross, the very essence of God is made visible in his willingness to lay down his life for us. Jesus’ prayer for his disciples is that their love for each other will witness this same love. The church did not grow by impressing people with its organizational skills, its lofty theological truths, the beauty of its churches or the magnificence of its liturgical celebrations. These things may have attracted some, but the church gained baptized and committed members because of the witness of those who, like Jesus and Paul, were willing to lay down their lives for others.

Pat is the former editor of our sister publication, Celebration, and he also served as NCR cartoonist. After retirement in 2016, Pat continues to contribute to NCR with his Francis comic strip and Pencil Preaching. Contct him at patrickjmarrin@gmail.com

Column | This is glory

The hidden face of Thérèse of Lisieux