The God of the living 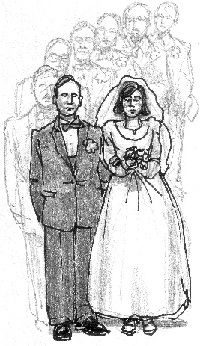 The Book of Tobit has elements of a popular folktale that could rival any Netflix series today. It has it all: A righteous man who suffers adversity, including sudden blindness, a love story between his dutiful son and a beautiful girl whose seven attempts at marriage have been halted by a murderous demon, an angel in disguise who accompanies the son to recover a fortune and who provides him with potions to heal his father’s blindness and drive away the demon in order to claim his bride.

The Lectionary pairs Tobit with a Gospel story also involving the number seven, the number of husbands who marry a childless widow to give progeny to the oldest brother to extend his memory, since they did not believe in resurrection. The story is used by the Sadducees, who rejected resurrection because it was not explicitly mentioned in the Torah, to confront Jesus with the question of who would be her husband in the afterlife since all had married her.  The Sadducees were wealthy conservatives who took their good fortune as a reward for their righteousness, but then neglected the poor and lived sumptuous lives in this world because there was no accountability in the next.

Jesus untangles their confusion by showing them that the very sources of the Law -- Abraham, Isaac, Jacob and Moses-- are alive because God, I AM, claims them as their God. He is the God not of the dead but of the living. The Sadducees, who assume they know God and the Law better than others, have failed to understand the Scriptures. They will face a living God in the afterlife. They sought to trap Jesus with their absurd riddle, which shows no regard at all for the poor woman, who may have died of exhaustion. He traps them by confronting them with judgment for their lack of compassion in this world.  They will be held accountable for their deluded, insular lives and presumption of righteousness.

This theme is also brought home in the devastating parable in Luke’s Gospel that also seems to target the Sadducees, about a rich man who goes to hell for neglecting poor Lazarus. The gulf he has created between himself and the poor in this world will separate him from God in eternity.  Despite his plea to warn his five wealthy brothers, they will suffer the same fate for failing to understand the Law they so prized.

In both stories, the reality of the resurrection is standing right before them in the person of Jesus.  His crucifixion, representing all the victims of injustice and neglect throughout history, will reveal that the living God is also a loving God.  The only way to prepare for an eternity with this God is to become a loving person.  The intimacy we seek now with God by showing compassion for his children, our human brothers and sisters, is the measure of the union we will know forever in the Beloved Community.

Column | The God of the living

Global Sisters Report: Giving thanks for 2015