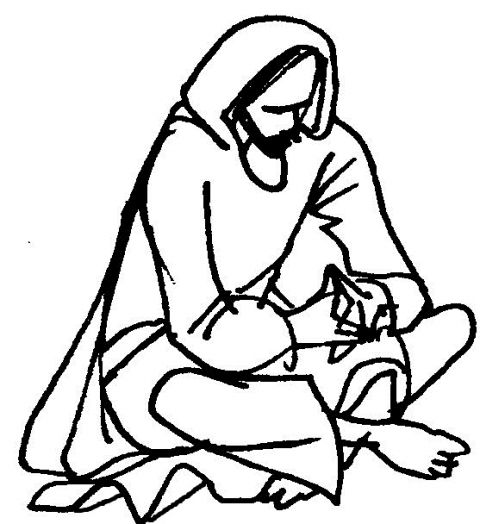 Seventh Sunday of the Year

If the crowds thought the Beatitudes were pie in the sky, imagine their reaction when Jesus told them to love their enemies. His message overturned two fundamental principles people thought had moved society closer to justice based on the threat of reprisal -- an eye for an eye, and loyalty to neighbors and disdain for enemies.  These rules of engagement had lifted humanity out of wanton violence and chaos into reasonable limits and fair boundaries.  Jesus’ total rejection of violence and revenge thrust everyone into a future based on trust and good will that few had experienced or thought possible.

Preachers have tried to explain Jesus’ radical ideals by saying that being hit on both cheeks required a backhanded blow that would shame the assailant, that giving up your cloak as well as your tunic would shame an opponent in court, or that an extra mile would indict a soldier only allowed to make you carry his pack one mile.  Good insights, but it was Gandhi who showed how nonviolent noncooperation was the most effective way to force the British Empire out of India.  Gandhi used the press, British law and simple logic to get the Empire to see the futility and self-contradictory basis of its occupation and to restore the country to its 350 million Indian owners.

Jesus proposed nonviolence as the only way to break the cycles of violence that plagued history. He proposed dialogue and an appeal to conscience in both oppressed and oppressor, reconciliation to turn enemies into friends, generosity and mutual recognition of human dignity to promote an even deeper law everyone knew as golden, that we should treat others the way we ourselves want to be treated.

Yet, Jesus’ most radical appeal was theological. The only way we can claim our full humanity and divine destiny is to live up to the image of God imprinted on our very being.  Oppression and violence dehumanize those who abuse and humiliate others. They are the first victims of such behavior for they will never know God.  To love our enemies was not a ploy to win but the path to wholeness. To hate another diminishes our capacity to be our true to ourselves, to grow to maturity and experience just how full our own lives are meant to be. Hatred and revenge are self-destructive, the rejection of the First Commandment of love of God and neighbor that is the foundation of civilization and spiritual harmony.

When whole societies seethe with distrust and fear, a winner-take-all spirit of class and racial hatred, verbal violence, scapegoating, xenophobia and exclusion, everyone is diminished.  Jesus’ command to “be holy as God is holy” is not an option or an unattainable dream, but the prescription for advancing from darkness to light, chaos to order, desolation to exultation, the Beloved Community we were created to be. It is in the end the choice between life and death, and it is in our highest self-interest to choose life.

We must exercise our prophetic role, which can mean challenging our leaders