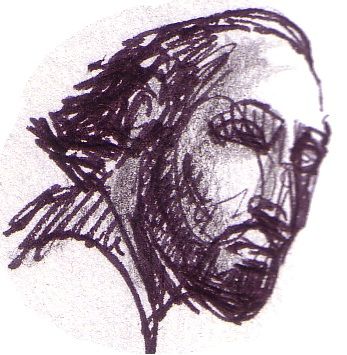 Today’s commemoration may cover more than one person: John, the young Apostle called with his brother James on the shores of the sea of Galilee; John, the author of the fourth Gospel and identified with the unnamed figure called the “disciple Jesus loved” in the Gospel; and finally, John the Elder, a leader in the church at Ephesus and possibly the author of the Letters of John. All are part of the Johannine tradition that produced the last and most theological of the four Gospels. We see in this process the fact that the New Testament is, in this sense, the product of many voices representing the evolving faith witness of the early church.

Today’s readings offer us several points of entry into the mystery of the Incarnation.  The author of the First Letter of John conveys the joy of the church’s belief that, in knowing the risen Christ, believers come into intimate contact with the very source of Life: “What was from the beginning,
what we have heard, what we have seen with our eyes, what we looked upon and touched with our hands concerns the Word of life” (1 John 1:1).

The Incarnation reveals eternity in time and divinity in humanity, God intimately present within Creation and, because of Jesus, within human flesh. In his first letter, John affirms that our encounter with Jesus sends grace — divine nature – flooding into human nature, perfecting its original potential to become one with God, first offered to Adam and Eve, but postponed in its fullness until it could be freely chosen within history. We receive this potential in Baptism and realize it more and more in discipleship, the imitation of Christ.

In today’s post-Resurrection story, it is the Beloved Disciple who first believes that Jesus is risen when he sees the shroud and face covering in the tomb. Love runs faster and believes first, though Authority, represented by Peter, is allowed to enter the tomb first.  The Beloved Disciple is depicted earlier at the Last Supper reclining with his head resting on Jesus’ chest. This intimate contact with the heartbeat of Jesus is the source of his faith. After the two men depart from the tomb, Mary also becomes a beloved disciple, able to hear Jesus’ voice when he speaks her name and to recognize him, no longer as the gardener but as her teacher, her Rabboni.

The four evangelists together complete the profound theological portrait of Jesus in the New Testament, but how indebted we are to St. John, Apostle, Evangelist and Mystic, for bringing us face to face with Jesus, human and divine.

From Apocalypse to Advent

Through doubt to trust

Our spiritual teachers are all around us