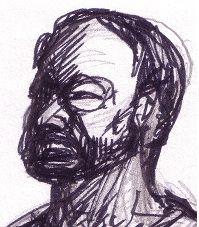 “I say to you, love your enemies and pray for those who persecute you” Matt 5:44).

Jesus’ instruction on God’s unconditional love for everyone, good and evil alike, follows an equally radical call to nonviolence as a strategy for transforming a violent world.  The ability to love an enemy or pray for someone who is persecuting you is obviously a divine gift. Learning how to be “perfect” as the heavenly Father is a tremendous ideal, a vision at the end of a lifetime of transformation. We do not doubt that Jesus himself reflected this kind of l love, but even he showed frustration and anger during his ministry at his religious critics. Our own experience in relationships only proves how daunting such a conversion would be to love or actually pray for an opponent, much less an oppressor.

To be a child of the heavenly Father is to reflect the divine image. The Beatitudes of purity of heart and peacemaking suggest a grace to overcome the natural defensiveness built into the survival instinct.  Jesus repeatedly and patiently engaged his enemies with dialogue. Failing at that, he exhibited a tough love that was perhaps a last appeal to save them from blindness and self-destruction. Love of enemies is, as Dorothy Day often said, “a harsh and dreadful thing,” an ordeal of patience and personal conversion. We need examples of people who loved like this to understand the grace involved.

St. Paul was one of them.  Today’s first reading shows his labors to raise a collection from his Gentile communities in Greece and Macedonia to take to the Jerusalem church, which was experiencing famine.  After initially being rebuffed by the elders there after his conversion, Paul was later recruited to expand the missionary reach of the church into Asia Minor. His success caused conflict over Gentile conversions that had to be resolved in Jerusalem.  Even after that, Paul was undermined by orthodox holdouts who insisted on circumcision and full adherence to the Law for converts. He was surrounded by enemies and detractors.

It was to this Jerusalem mother church that Paul was hoping to bring his collection. It is not clear from the Acts or his letters whether it was even accepted.  Paul probably ended his ministry as a prisoner and martyr in Rome, praying for his Jewish brothers (See Romans 9), but never resolving the antagonisms that had made his long missionary efforts so difficult.  Yet his letters never ceased preaching the reconciliation and unconditional love that Jesus’ death had made possible, a love and a dying to self that Paul shared fully. He imitated Jesus, who had loved him when he was an enemy and made him a key messenger of God’s unconditional and universal love.  He proved himself a true child of the heavenly Father and an example of divine perfection for taking this difficult Gospel to the known world.

Living and praying with Mark in Ordinary Time