Mother of the Americas 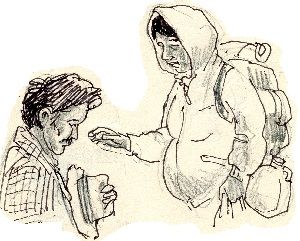 Our Lady of Guadalupe

The appearance of Mary in Mexico, like the Gospels themselves, is hard to track historically, but its impact is astonishing and in its own way miraculous. It constitutes the effective reconquest of the Spanish by the indigenous peoples in a brilliant repudiation of the brutality of the European invasion by confronting the invaders with their own Mother, but in indigenous form.  The Virgin Mary appears to the poor peasant Juan Diego as a pregnant Mestiza princess who commands the Spanish bishop to build a church on the site of an ancient Aztec temple.

God, in other words, had already been in the Americas when the conquistadores arrived, using armor, horses, guns and ultimately disease to enslave and decimate the native peoples and to ship their gold and silver back to the coffers of Spain to fund further its colonial expansion. The Virgin of Guadalupe appeared representing the natives as a witness to their suffering.

How can we observe this great feast of the Mother of the Americas without reflecting on the treatment of Mexico and Central America in our own times? Walls and cages meet their aspirations to come north as refugees from the violence in their own countries, destabilized by repeated interventions and fueled by the appetite for drugs of their neighbors to the north.

Trade agreements that use cheap labor and low environmental standards to profit North American corporations have added to the pressure to emigrate to where there are jobs for those willing to remain invisible in the underground economy, without hope, legal protection or recognition of their human dignity.

In today’s Gospel, two pregnant peasant women commune with joy that God hears the cry of the poor and will keep every promise to the downtrodden and marginalized.  Elizabeth exclaims, “Who am I that the mother of my Lord should come to me?” A few verses later, Mary will break into song magnifying God for his preferential option for the poor, and will then describe what a just God will do to the powerful on their thrones and the satiated at their tables for neglecting the poor, the weak and the hungry.

There is no need to exaggerate what history testifies to and the daily news describes. What is needed is a change of heart and eyes open to the tragedy at our borders and the judgment sure to follow if we do not change course. Mary, Mother of the Americas, appeals to us all to prepare the way for the coming of her Son on all sides of the border and in every person, as a brother and a sister in the one human family of God.

Column | Mother of the Americas

Who are you wearing?