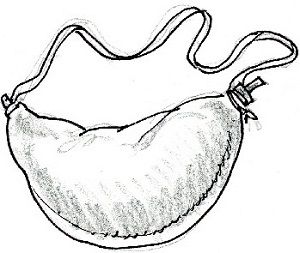 There are some truly awful stories in the Bible.  One is  in Judges 11:34-40, Jephthah’s sacrifice of his daughter to keep a vow. Another is verse 9 from Psalm 137, about bashing babies against rocks, and the cringe-worthy story of Abraham’s near murder of Isaac in Genesis 22:1-18, though this story is resolved when God intervenes, and is seen as a rejection of pagan child sacrifice.  Even the Exodus story, so foundational to Judaism and Christianity, involves divine revenge, the killing of the Egyptian firstborn for the attempted genocide of Hebrew boys by Pharoah.

Today’s first reading from the Book of Samuel is another example of what appears to be a primitive image of God, who rejects King Saul for not obeying the command that his army exterminate everyone and everything after a battle with one of its enemies. This “ban” on seizing booty, livestock and people as slaves was, and is, one of bitter results of war, when innocent victims are killed to eliminate witnesses or in a rampage of revenge.  For his failure to obey God’s ban, Saul, Israel’s first king, is removed from office.

Nevertheless, these ancient texts affirm an important idea for understanding the Bible, and that is that the concept of God seems to evolve.  We might say that this evolution culminated in the Gospels, when Jesus shocks even his own disciples when he says, “Love your enemies, do good to those who hurt you” because this is what God does.   Jesus' teachings about God’s unconditional mercy and limitless forgiveness were a scandal to many of his contemporaries, and his teaching on nonviolence is still considered too radical by many in today’s debates about capital punishment and the just war theory.

Today’s Gospel sheds light on the need for the continuous evolution of our ideas, especially about God and religion.  Jesus’ two short parables about the new skins for new wine and patching an old garment illustrate the need to be open to change, able to expand our views, renew traditions that have lost their relevance and become rigid, harmful or absurd.  When our minds lose their flexibility, we become  defensive to our own detriment. Ideology rejects fact, beliefs cannot entertain questions and we stop learning and growing.

The great scholar Thomas Aquinas has become an icon of unchanging truth, though he was constantly exploring new ideas. He protected the mystery of God as unknowable with the via negativa, a path of questions instead of answers, for once we think we know, we don’t know. Wisdom is to know that we don’t know. What we do "know" in faith is that God is Love. This is the greatest mystery of all, for love is infinite, never completed, measured or under our control.

This mystery is the antidote to self-righteousness and the invitation to humility.  It frees us to surrender ourselves to the love of God, who reveals the divine Self to those who never stop evolving, seeking, asking and loving.

We are an Easter people

This Lent, let's change fasting from self-improvement to 'cultural spring-cleaning'

Pastoral councils are a work in progress