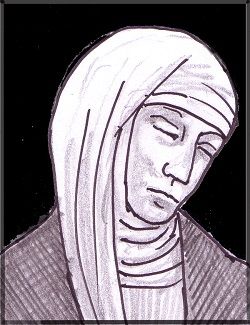 The pandemic has exposed inequities in American society about access to testing, healthcare and the risks for those living in crowded housing where infections spread more quickly. Adding irony to inequality, many workers whose jobs cannot be done remotely face higher risks by doing essential work on which everyone else depends.

Social hierarchies based on education, class and race are hardly new in history, and even the early church had problems with division.  Today’s reading from Acts says that after the death of Stephen, a persecution drove many Christians from Jerusalem but spared the Apostles.  They apparently had special status, while other converts did not. We glimpse a division in the Christian community that began earlier when the Greek-speaking widows were being neglected compared to the Jewish-speaking widows.  This led to the appointment of Stephen and other deacons to serve the neglected widows.

Stephen’s stoning by the Sanhedrin appears to be the cause of the forced diaspora of the Greek-speaking Christians but not the Jewish Christians. This discrimination and division within the church was witnessed by Saul, and the shameful memory of the failure of unity under crisis may be the reason St. Paul later insisted that no distinction between Gentile and Jewish Christians should ever be allowed to divide the community.

The basis for this unity was the reconciliation brought about by the death of Jesus. The sign of this unity was the Eucharist. Paul erupted in his letters to the Corinthians when he found out that separate Eucharists were being celebrated by rich and poor Christians. Earlier, Paul opposed Peter to his face in Antioch for condoning Gentile and Jewish Christians holding separate Eucharists.  The unity of the Eucharist was the unity of the Body of Christ.

Today is the feast of St. Catherine of Siena (1347-1380), a mystic who helped resolve the scandal of the division of the church during the Avignon papacy. Her devotion to the Eucharist was so central, she limited her nourishment to the Sacrament while fasting toward the end of her life. Communion was both her spiritual lifeline and her mission.

Though without this level of severity, other servants of the Gospel have displayed a similar devotion to the Eucharist, including Dorothy Day, who began each day with Mass and Communion. Another great provider for the poor was Marge Roberts, who began her day as director of Let’s Help in Topeka, Kansas, by going to Mass and receiving Communion to prepare for the non-stop challenges of feeding, clothing, and bringing order out of chaos for the city’s under-served.

The importance of the Eucharist, like the importance of the Liturgy, is sometimes neglected by many otherwise committed Catholics, either for lack of catechesis or lived experience of the direct link between this Sacrament and all of the church’s ministries. One of the scandals of today’s church is the reluctance of ideologically divided Catholics to pray together at the one Table of the Lord.

Column | One Bread, One Body

Taylor Swift's music on 'folklore' is the perfect consolation