The Prophet of Peace 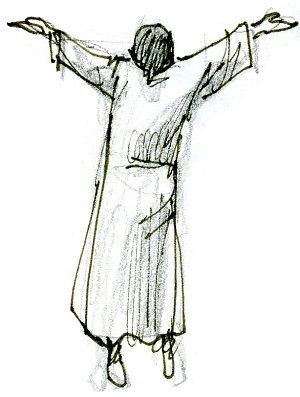 As the church year draws to a close, the Lectionary does not spare us the tears Jesus wept as he approached Jerusalem, where all prophets went to die. Pilgrims approaching the Holy City beheld the Temple walls clad in white marble reflecting brilliantly in the setting sun. It was called one of the architectural wonders of the ancient world, the glory of God on earth. What Jesus saw was its tragic destruction as he pleaded with its leaders to avert the conflict that would eventually come because of nationalist and zealot stirrings goaded by the belief that God would save the city from the Romans.

What Jesus knew well were the horror stories of the fall of the first temple in 587 BCE, when the population was driven to cannibalism and suicide during the long siege by the Babylonians. The long war that was later to end the second temple and the city in 70 CE claimed a million lives and scattered the survivors from the region. Jesus was the final prophet they would have to urge them to seek peace. He wept because Jerusalem failed to know the hour of its visitation. For its hubris and blindness, the nation would face a shock similar to the one Americans felt on 9-11-2001, when the great symbols of U.S. wealth and power were shaken to the foundations by terrorist attacks.  The unthinkable had happened.

The Book of Revelations adds apocalyptic fever to Luke’s preview of the end of the world for Israel. Good and evil contend in symbols Swedish director Ingmar Bergman would use in his film, “The Seventh Seal,” in 1957 about the Black Death.  Next Sunday, the Liturgy will celebrate the crucified Jesus as the King of the Universe, God’s answer to death and evil.  Jesus will triumph, but his church is not spared the vision of end times even as we conclude the year and enter Advent, a season designed to chasten and prepare us for a rebirth in hope at Christmas.

Season by season our generation is being honed to take its place in the long pilgrimage through history toward God’s hidden purpose and the promise of final grace and accountability.  We have prophets and fools vying for our attention, and we will not escape the consequences of our wisdom or folly. What Jesus promises his disciples is that they will find their lives if they lose them in the service of others. If we shoulder our crosses and share our blessings, our names will be written in the Book of Life.

Column | The Prophet of Peace

Send in the prophets

A prophetess in our midst