Read the signs of the times 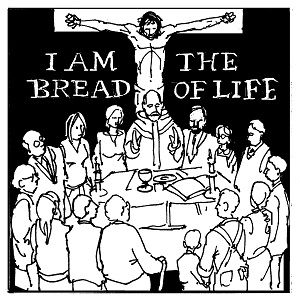 Jesus responds to his critics not just with words but with demonstrations of power. In the fourth Gospel, instead of miracles Jesus offers a series of signs that tie back to the great signs God worked for his people during the Exodus.

Just as God was a pillar of light guiding the Hebrews through the dark night of their escape from Egypt, so Jesus gives sight to the blind because he is the Light of the World. Just as God gave water from the rock in the desert, so Jesus offers living water to the woman at the well. As God gave manna in the desert, so Jesus offers himself as the Bread from heaven. These mighty works are what validate Jesus as God’s Son. Like Father, like Son.

His critics are not satisfied and pick up stones to kill him; He is a blasphemer for making himself equal to God. Jesus points to his works as witness to the truth of his claim to be the Son of God. If he were not God’s consecrated one, he could not have done any of these signs.

The challenge of signs is that they must be interpreted. Jesus’ critics are unable to see the connections between his works and the miracles of the Exodus. They refuse to see that Jesus is fulfilling the Scriptures. They do not want his challenging message, so they reject the messenger, just as the enemies of Jeremiah rejected him despite his prophetic warnings about the coming fall of Judah.

When someone does not want to believe in the truth of an idea or a person, they exhibit a deliberate ignorance, which distorts everything and justifies even violent opposition. As the Gospels approach the Passion of Jesus, we see this willfull ignorance and hatred close ranks to demand his death. He is threatening the way things are, have always been. He is challenging the high priest, the temple, public order and religious orthodoxy.

Only when Jesus is “lifted up” on the cross will his enemies realize that they have rejected the Christ sent by God, the savior of the world. This is the drama that will begin this Sunday and into Holy Week 2022.  How significant this story is to our actual world is a matter of whether we are able and willing to read the “signs of the times.”

Column | Read the signs of the times

Life everlasting comes to your inbox

Stranger on the shore