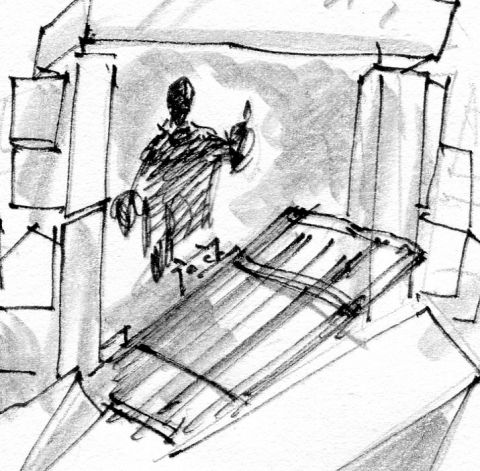 “Much will be required of the person entrusted with much” (Luke 12:48).

Today’s Gospel continues Jesus’ instructions to disciples put in charge of faith communities. It is not hard to see Luke’s application of servant leadership to his own community when his Gospel was being composed some 50 years after the Christ event. Faithful and prudent pastors were keeping watch over their communities while others were lording it over theirs, even to the point of physically abusing their members.  These false shepherds will be punished when the Lord returns, a sudden appearance still believed to be imminent. Jesus’ warning was not just for the original generation of Apostles, but also relevant in Luke’s time, and to each subsequent generation.

Some evangelical churches still preach the imminent return of Jesus, especially denominations with television ministries claiming millions of viewers. End time and apocalyptic themes draw large audiences to films and TV series promising rapture for the faithful and destruction for nonbelievers.  Most people believe in retribution for evil and reward to virtue. The wages of sin are still death, whether it is caused by Providence or poor choices and bad karma.

Jesus makes servant leadership essential to discipleship. It is simply a way of relating to others that respects their freedom and dignity. When this is absent, the church stops growing. The crisis of sexual abuse in the church today strikes at the heart of the Gospel and paralyzes both evangelization and ministry, evidenced by the steady exodus of young people from the church.  The dictum, “The corruption of the best is the worst” describes this tragedy.

The solution lies in another dictum, “To whom much has been given much is expected.” Those who have been blessed with faith and many gifts are called upon to help repair the damage by their example and commitment to service in the reform of their church.  The grace is there for a great harvest of renewal, but if only laborers respond to God’s call to join the effort.

Be alert and filled with hope