The return of truth 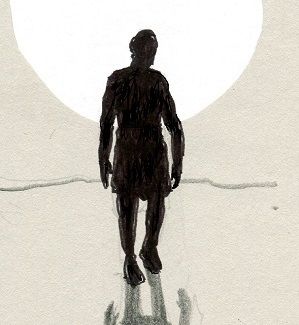 “Hollow Men,” a poem by T.S. Eliot published in 1925, explores the failure of society to connect its best intentions to actual deeds.  Eliot wrote that “between the ideas and the reality, between the motion and the act falls the shadow.” This shadowland was the realm of “hollow men” who had lost all sense of reality and the truth.  For Eliot and a generation of poets, the devastation of World War I had been followed by post-war disillusionment and no real hope for peace in the future.

Today’s first reading from Zephaniah describes God’s restoration of a faithless nation beginning with the purification of “the lips of the people.” God will “remove from your midst the proud braggarts” and instead lift up “a people humble and lowly who will do no wrong and speak no lies, nor shall there be found in their mouths a deceitful tongue.”  Restoration began with respect for truth and a return to the integrity of word and action.

The greatest resistance Jesus faced came not from direct opposition but from a shadowland of lies and insidious plotting to undermine his ministry. Rather than debate him openly, his critics sought to draw him into controversy, pit him against Rome and Herod, undermine his disciples’ confidence by insinuating that Jesus was a lawbreaker, in league with Satan, of doubtful moral character because of his association with public sinners. He was invited to dine with Pharisees, but only to find fault with his teachings. They met secretly to destroy him while pretending publicly to respect him with titles like “rabbi” or “master.”

Today’s Gospel is one example of the breakdown of truth Jesus observed in the priests and elders of the people. They said one thing and did another. They took a wait-see position on the validity of John the Baptist’s ministry, in part to avoid conflict with Herod but also because they found him too radical.  Like the first son in Jesus’ little parable, they offered tacit support for John’s popular “Revival at the River” but kept their distance from any commitment.

Advent heralds a light in the darkness.  We respond to this in 2020 perhaps because our society has endured so much disinformation and questions about truth, even if there is such a thing as truth. The Gospel is for all people of good will, appealing especially to those weary of living in shadowland and listening to “hollow men.”  Jesus is described as light.  Isaiah declares: “The people living in darkness have seen a great light; on those living in the land of the shadow of death a light has dawned (9:2).  We long for this light and for the return of honest talk, genuine civil discourse and respect for truth.  We once spoke of people who were “as good as their word.” This Christmas we will rejoice to again welcome the Word itself.

Column | The return of truth

Reduced to being the earth's salt and savor

The trouble with being more than just pro-life