Temples of the Holy Spirit 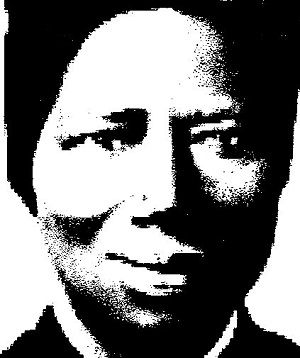 News of Pope Francis’ stated intent to visit South Sudan in 2022 with Justin Welby, Anglican Archbishop of Canterbury, coincides with the commemoration of St. Josephine Bakhita, patron saint for the victims of human trafficking.  Bakhita, who was born in Sudan in 1869, was kidnapped from her family as a child and sold into slavery. She suffered years of abuse before she was rescued in Italy, then joined a religious community and devoted herself to advocating for other victims. She died in 1947 and was canonized in 2000.

February 8 is International Day of Prayer and Awareness Against Trafficking. Pope Francis has spoken out repeatedly against this widespread criminal abuse and exploitation, often directed at women and children and especially at desperate immigrants and refugees.  The scale of human trafficking today dwarfs the numbers involved in the slave trade of previous centuries and, like its predecessors, generates billions of dollars in profits.

In today’s reading from 1 Kings, Solomon prays for God’s blessing on the temple in Jerusalem, a symbol of divine presence on earth.  We say at baptism that we become temples of the Holy Spirit. This sacred designation makes any assault on the freedom and dignity of any human being an affront to God.

In today’s Gospel, Jesus exposes the hypocrisy of the scribes and Pharisees for obsessing over ritual practices like handwashing while ignoring the basic commandment to love.  They use the law and their status as religious to avoid supporting their parents financially by claiming they are serving God. Jesus quotes the prophet Isaiah: “This people honors me with their lips, but their hearts are far from me.”  They talk about God but do not act for justice and compassion.  They focus on legal minutia while being blind to the suffering of the poor. Who has unclean hands and impure hearts when such obvious need is ignored?

Activists trying to end the open scandal of human trafficking are frustrated by the hypocrisy evident in the way it moves seamlessly through the global economy that benefits from the plight of workers promised employment and then held in servitude, or the young women snared by deceptive recruitment who end up as prostitutes in criminal enterprises operating under the radar in most large American cities because it is profitable and finds a willing market.

“The Word of God,” Hebrews 4:12 reminds us, “is like a two-edged sword” that cuts to the quick to expose what we hide. Pope Francis makes no attempt to hide his indignation at these crimes against the most vulnerable of our brothers and sisters. Awareness and action are the only remedy to an evil that cries to heaven for accountability and redress.

Column | Temples of the Holy Spirit

Do good unto others, ditch digital addictions for Lent, pope says