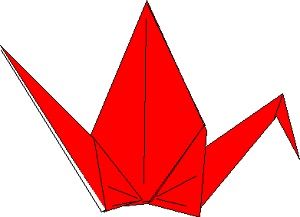 "His face shone like the sun and his clothes became white as light” (Matt 17:2).

Transfiguration of the Lord

The huge chemical explosion that destroyed the port and a large portion of the city of Beirut yesterday was a reminder of the massive destruction human beings are capable of wreaking by careless neglect or with intent. But it pales before the memory of the atomic bomb exploded over the city of Hiroshima 75 years ago today, August 6, at the end of WWII.

That fiery birth of the nuclear age was highlighted, by design or ignorance approaching blasphemy, on the Solemnity of the Transfiguration as the culmination of the “Trinity” Project that created the bomb named “Little Boy,”  delivered by an American B-29 named “Enola Gay” after the pilot’s mother.  The central theophany of Jesus’ life, revealing him as God’s Beloved Son, sent to save the world by fulfilling the Law and the Prophets, was made inseparable from the use of an atomic weapon in the history of human warfare.

Like the Gospel’s description of Jesus transfigured into radiant light, the flash incineration of 60,000 to 80,000 human beings left shadows like photo negatives on pavement and the walls of buildings. The estimated death toll would reach 200,000 by 1950.  A dwindling number of survivors continue to be represented at the annual commemoration of the bombing, at which millions of folded paper cranes sent by children from around the world decorate the memorial site as a prayer for peace.

The Gospel for today’s solemnity has so many points of entry into the mystery of Jesus and his mission. Like the three disciples with Jesus, we are invited into the paradox of light and shadow that surrounds him. He will be bathed in light before he descends into the darkness of his suffering and death, abandoned by his own disciples, even some of those present at the transfiguration. The voice from heaven will be silent as he cries out from the cross.

The central question for human beings is as old at the choice put before the people in Deuteronomy 30:15: “This day I call the heavens and the earth as witnesses against you that I have set before you life and death, blessings and curses. Now choose life.”  It is a choice not just for governments or scientists, but one each of us makes in his or her heart each time we interact with others or decide how we will devote our time and energy to our families and communities, what we will value, support and work for.  The small folded cranes are the voices of children who ask only for a future. Having already and too often seen the curse of conflict and the terrible cost of war, how can we not work for the justice that brings peace?

God calls us to show up, be present

Over the mountain and through the woods