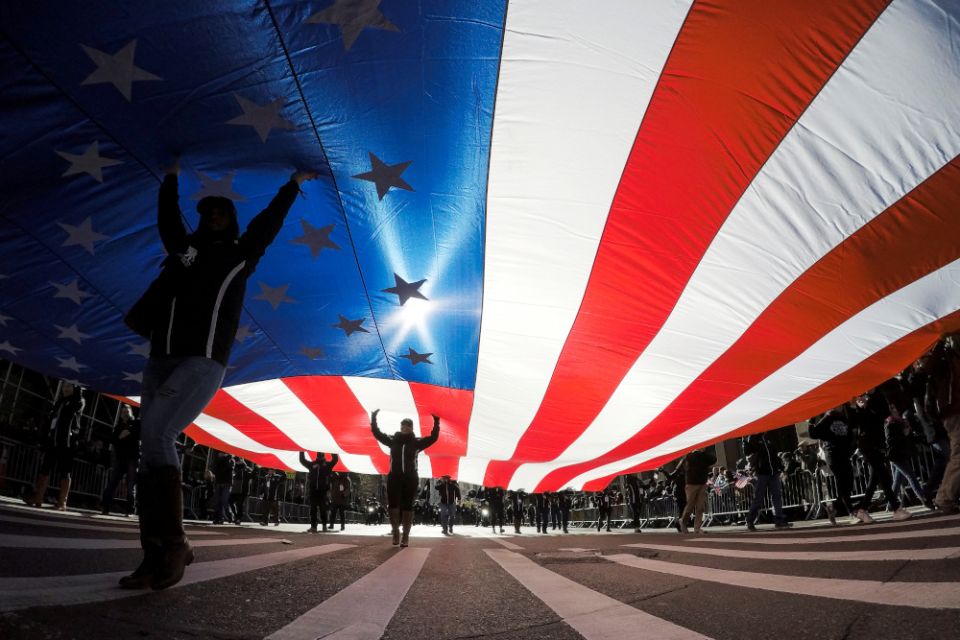 Washington — The Pew Research Center's annual report on restrictions on religion worldwide showed the United States had the worst scores in the Americas in three of the eight categories Pew surveyed.

The U.S. scores in five of the eight categories examined by Pew were worse than they were in 2007, the first year Pew started researching the subject.

Also ranked as worst in the Americas were the U.S. scores on limits on religious activity, which jumped in the decade from 1.9 to 6.7, and hostilities by organized groups, which rose from 2.8 to 5.8.

"We've seen a gradual increase in the U.S. social hostility score overall," said Pew research associate Samirah Majumdar, the primary researcher for the report. "And in 2017 there was a particular increase."

The report noted, "The U.S. also ranked among the highest-scoring countries in this category in 2017, in part because of the 'Unite the Right' rally in Charlottesville, Virginia, where white supremacists were protesting the removal of a Confederate statue from a park. Protesters expressed anti-Semitic and racist sentiments, displaying swastika flags and chanting 'Jews will not replace us!'"

Majumdar told Catholic News Service the rally, during which a counterprotester was murdered, was "counted in our analysis for individual and social group harassment."

Worldwide, Pew ranked the United States at least ninth in the category of high levels of individual and social group harassment. The only countries rated at least as bad were the Central African Republic, Egypt, Bangladesh, India, Nigeria, Pakistan, Iraq and Syria. The report said it listed nations in order of the severity of hostility in each category, but did not otherwise assign numbers or scores to them in the final report.

"Government favoritism (of religious groups, one of the eight categories examined by Pew) has barely increased in the Middle East over the course of the study, partly because it started at such a high level that there was not much room for growth on the scale," the report said. In 2007, the region scored 9.0 out of a possible 10; in 2017, 9.2. "In the other four major geographic regions, meanwhile, there have been notable increases in the levels of government favoritism of religious groups."

Under the umbrella of general laws and policies, "in China, for example, only certain religious groups are allowed to register with the government and hold worship services. In order to do this, they must belong to one of five state-sponsored 'patriotic religious associations' – Buddhist, Taoist, Muslim, Catholic and Protestant. However, there were reports that the Chinese government arrested, tortured and physically abused members of both registered and unregistered religious groups," Pew said.

Europe's score on government limits on religious activity doubled over the decade, from 1.5 to 3.0.

"Some incidents of government harassment – which can include derogatory statements and intimidation by public officials – were in response to record numbers of migrants entering Europe in 2015," the report said. "For example, in the Netherlands, opposition parliamentarian Geert Wilders campaigned against the 'Islamization of the West,' and in September 2015 led a protest against a 'tsunami of refugees from Islamic countries who threaten our women and our civilization.'"

Europe also had a fourfold increase in social hostilities related to religious norms, from 0.8 to 3.4, making it the second-worst region next to the Middle East. The Pew report singled out harassment against members of the Jehovah's Witnesses.

"In France, Jehovah's Witnesses faced violence when proselytizing door to door or engaging in other missionary activity. And in Russia, following a Supreme Court ban on Jehovah's Witnesses in 2017, several threats and attacks on the group were reported. The Russian Orthodox Church – which enjoys privileges from the government – supported the ban, saying it would combat the 'spread of cultist ideas, which have nothing in common with Christian religion.'"

The report noted that Bahrain had the biggest jump in government harassment of religious groups.

"Anti-government protests that began in 2011 took on a sectarian dimension, with the Sunni government targeting mostly Shiite opposition protesters and religious leaders. The government increasingly targeted Shiite neighborhoods and detained Shiite protesters and clerics," it said.

"In 2016, the government carried out a security operation in a predominantly Shiite village where protesters were demonstrating in support of the country's most senior Shiite cleric, whose citizenship had been revoked. Authorities cut off access to the village, used live ammunition to clear the area, and killed five civilians, injured many others and arrested nearly 300 people."

Religious hostilities by organized groups rose over the decade. Pew cited Brazil's treatment of Jews, Muslims, and Afro-Brazilian believers, while recalling the "considerable uptick" in the Middle East "in the aftermath of the Arab Spring uprisings in late 2010 and 2011. The increase was particularly pronounced in Syria, where there was a rise in people being targeted due to their faith." The nation erupted into a multisided civil war between the government, Islamic State and rebel groups.

The one category that saw a decrease globally was Interreligious tension and violence, which dropped from 2.9 to 2.4.

The Pew report, as it did with every other category, publicized only those incidents where tensions between groups boiled over into violence, but here did not list areas where different groups cooperated to defuse tensions.

"We do code an additional set of variables," Majumdar told CNS, such as "society's work on interfaith dialogue. But they don't get included in the main set of variables."

The project is jointly funded by the Pew Charitable Trusts and the John Templeton Foundation.

"Researchers annually comb through more than a dozen publicly available, widely cited sources of information, including annual reports on international religious freedom by the U.S. State Department and the U.S. Commission on International Religious Freedom, as well as publications by a variety of European and U.N. bodies and several independent, nongovernmental organizations," the report said.