Thank you, God, for everything I love 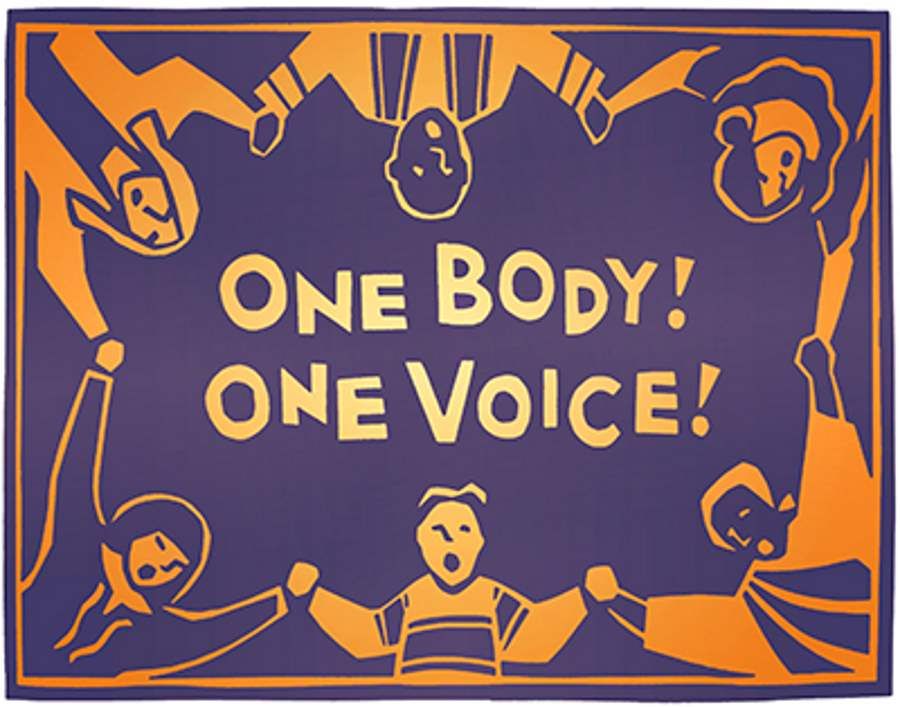 I was keeping 3-year-old Leo for the night. He wanted a snack before bed and I wanted him in bed, so I put some Cheerios in a plastic bowl and tucked them in together, a boy and his snack.

I started the bedtime prayers, probably a little brisk, probably more formula than feeling. Leo told me he wanted to say something. So I invited him to pray.

Leo sat up, carefully placed the bowl of Cheerios on his lap, scrunched his hands together tight, a ball of grubby fingers, and began:

Then, having hit the high points, he flung his arms wide, upsetting the bowl and setting some Cheerios free as he did so, crying, "And thank you, God, for everything I love."

There is nothing to say after a prayer like that, except, "Amen." And, perhaps, to add a silent note to self: Pray less for Leo and ask him to pray more for me.

I'm thinking of Leo's prayer, in all its fullness, because June is the month when we keep the feast of John the Baptist. Of course, no one knows the day when he was born, but we celebrate his birth on June 24, right around the time of the summer solstice. The summer solstice marks the time of year when the sun reaches its farthest point north of the equator. It falls on either June 20 or 21 depending upon one's time zone.

The church links the births of the Baptist and that of his kinsman, Jesus, with the annual movements of the sun. It keeps John's day just as the sun reaches its zenith and begins to sink, with the days growing shorter and shorter until we reach the winter solstice, the longest night of the year. At the winter solstice, on December 21, the sun reaches its farthest point south of the equator, after which the sun begins to move north again and the days grow longer in our hemisphere.

Christmas comes just when nights have grown as long as they ever can and the sun has begun its ascent. Christmas comes just as it seems the darkness has overtaken the world. We rise in darkness and come home from work and school in darkness. But, imperceptibly at first, from the morning of December 22 on, the sun grows brighter and, day by day, overcomes the night.

When Jesus approaches John at the River Jordan to be baptized, John's ministry is at its zenith. He has disciples. He has crowds who follow him and listen to his preaching. But John sees in Jesus the One for whom the whole world is waiting.

He is the one of whom I said, "A man is coming after me who ranks ahead of me because he existed before me." I did not know him, but the reason why I came baptizing with water was that he might be made known to Israel. … Now I have seen and testified that he is the Son of God. (John 1:30-31; 34)

He later says of Jesus, "He must increase; I must decrease."

There is no resentment in John's words, no sense of having been pushed aside or ignored. It is John who directs his disciples to Jesus, saying, "Behold, the Lamb of God." John freely gives up rank and audience and following. In stating that he must decrease and Jesus increase, John explains, "So this joy of mine has been made complete."

John's actions are as natural and rightly ordered as the graceful retreat of the winter darkness before the strengthening spring sun.

If Leo and I had to guess now, we would guess he is going to grow up to be Batman. (He already has the underwear. And the mask.) Or maybe a firefighter, but that is only because his cousin Lucy desires this good end for them both. We would none of guess that Leo is called to be a prophet. His Grandpa and I, who grow more cautious with age, hope not. Prophets like John often wind up in prison, or worse, with their heads on platters in the serving halls of the mighty.

Still, Leo calls me to deeper joy and deeper gratitude than I would ever otherwise know. He runs to my arms, yelling, "Ma-Maw, I came back!" even when our absence has been hours and not days, days and not weeks. And that is a kind of witness, a kind of prophecy, too.

Leo calls me to decrease: in anxiety, in concern for schedules and housekeeping duties. And he calls me to increase: in wonder, in affection, in the pleasure of sticky hugs and made-up songs and birds at the feeder and kitchen dancing.

Editor's note: This reflection was originally published in the June 2013 issue of Celebration.

Column | A child's prayer and John the Baptist