Fifth Sunday in Ordinary Time: A contrast of transformation 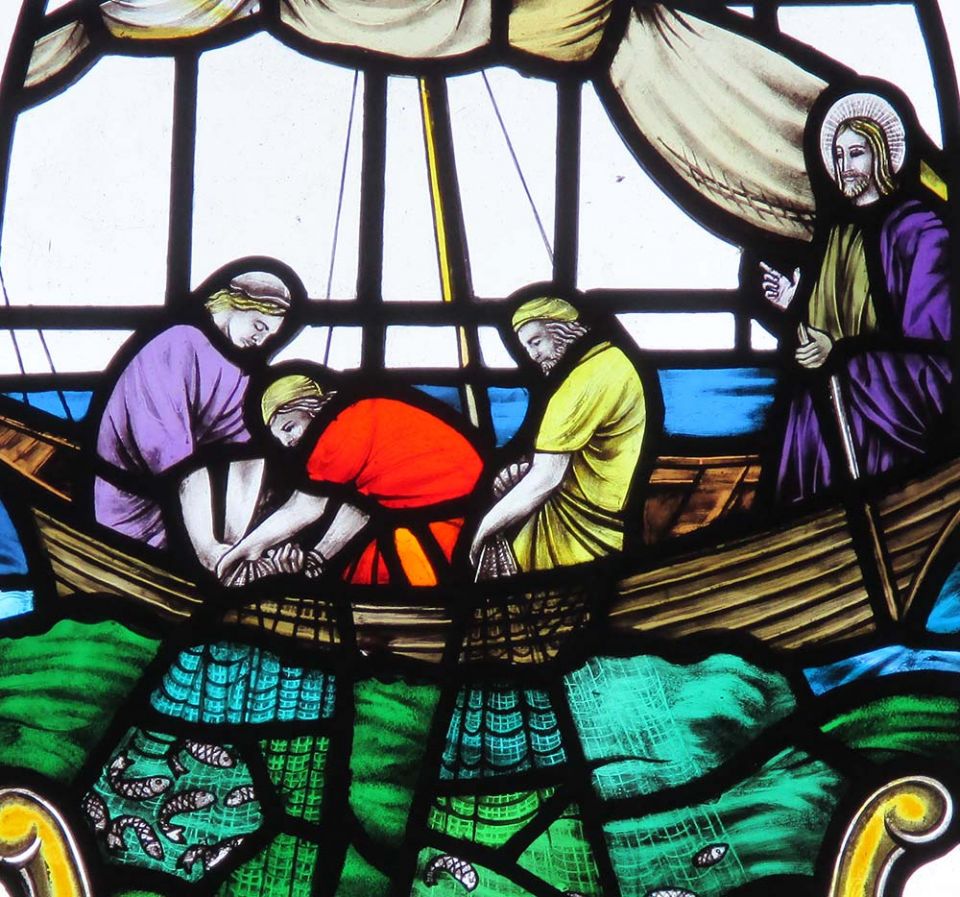 Luke throws us into the middle of contrasts in today's Gospel. Having been roundly rejected at home in the hills of Nazareth, Jesus went down to Capernaum, about 20 miles away and with an "elevation" of about 560 feet below sea level. There, as the crowds thronged around him, Jesus must have been at least a little disconcerted that the people with whom he grew up had tried to throw him off a cliff, while he was celebrated among folks who had only recently met him.

Although Luke skips the details, we know that this was not Jesus' first appearance in Capernaum. His Nazarene relatives and neighbors knew what he'd done there and wanted him to do at least as much among them as he had in the fishing village.

But now the circumstances were all different. Instead of being in the limited space of a synagogue, Jesus was outdoors near a lake with a jostling crowd gathered to listen to him. In a move that was at least as symbolic as practical, Jesus decided to embark on Simon's boat and teach from there.

What did Jesus preach or teach? Luke only tells us that it was "the word of God." Although that may sound ordinary enough to us who regularly hear similar phrases in our liturgy, no other evangelist uses that expression to describe Jesus' teaching. For Luke, "word of God" described the originality of Jesus' teaching; it was the seed planted among the people who were uniquely blessed when they received it. (See Luke 8:11 and 11:28.)

The seaside setting where Jesus began teaching the word of God was independent of traditional prayer spaces, outside the confines of a predefined or exclusive community, larger than his cultural/professional circle as a hill-country son of a carpenter. Perhaps that made it easier to invite fishermen to abandon the water for a life of walking from town to city and through the countryside. That invitation is the centerpiece of today's liturgy.

Continuing the contrasts, Jesus, the carpenter who worked with solid, earthy materials, finished his preaching by telling the boatmen to put out for a catch.

Trusting Jesus' person more than his expertise, Simon did so and came up with bursting nets that remind us of a resurrection story (John 21). Seeing that, Peter fell to his knees. What Jesus said and did was too much for him to deal with.

Peter's protest was one of the most self-aware things he ever said in the Gospels — and only Luke records it. Peter's awe at Jesus and his recognition of his own inadequacies gave Jesus the opening necessary to invite Peter to more.

Unlike the wealthy man of Luke 18 who approached Jesus to let him know how well he had kept all of the commandments, Peter acknowledged that he had lots of room for improvement. That attitude prepared him for Jesus' invitation to transformation, to lure people with the Gospel, not just sell them the catch of the day.

In today's selection from the First Letter to the Corinthians, St. Paul tells his people to remember the power of the Gospel he preached. To explain that, he could well have cited our selection from Isaiah in which the prophet recounts being completely overwhelmed by the holiness and greatness of God.

Like Peter, Isaiah says, "Woe is me! I am a person of unclean lips!" And like Peter's, Isaiah's admission was enough to put him on the way to wholeness.

Peter and Isaiah remind us that on our own, we are incapable of comprehending, much less spreading what we are offered.

These Gospel contrasts offer a prism through which to contemplate our Christian vocation. Luke tells us that Jesus preached the word of God: a radical, revolutionary, renovating message that communicates the seeds of unimaginable transformation.

Peter and Isaiah remind us that on our own, we are incapable of comprehending, much less spreading what we are offered. Yet, that very realization provides the opening for the grace of listening and obeying the invitation to receive and become more than we would ever hope for.

Today's Gospel reminds of what Isaiah says: The Lord of hosts calls us, not because we are like the glorious seraphim, but because we recognize our inadequacies. Let us pray for the blessing to acknowledge the great contrast between our hopes and our behavior. Then, like Peter, we can humbly appreciate the fact that we are invited into a love that will transform us into all that we can be — as long as we are willing to abandon whatever prevents us from walking humbly with our God.

As we move toward that, we will be able to say with Paul, "I am what I am by the grace of God that is with me." What a contrast!

A version of this story appeared in the Jan 21-Feb 3, 2022 print issue under the headline: A contrast of transformation .

Column | Fifth Sunday in Ordinary Time: A contrast of transformation

'Francis' takes on a new adviser