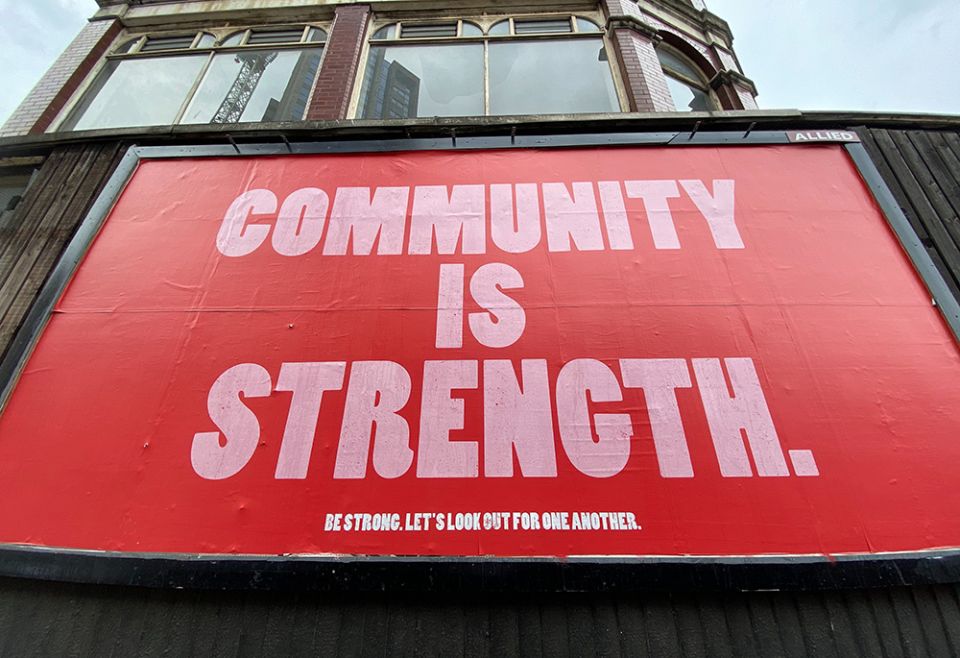 Just picture it. Luke describes a motley group of disciples so impassioned with their sudden empowerment for mission that people thought they were tipsy. The disciples themselves were awed by the fact that they could speak to Parthians, Medes and Elamites (all Iranians), Mesopotamians (Iraqis), Cappadocians and people from Pontus, Pamphylia and Phrygia, (varieties of Turkish people), Asians, and people from Libya and Cyrene (Africans), not to mention the Romans. They preached to that international crowd and everybody understood what they were saying! That miracle would take them farther from their known world than they ever expected to travel.

In 1 Corinthians, Paul reminds us that such a community is always a challenge for everyone concerned. It sounds so simple when he says it: "There are different kinds of spiritual gifts but the same Spirit." As Paul goes on about different forms of service, etc., his point is that those who share that diversity will become all they were created to be to the extent that each and every member strives to assure that everyone is called forth to contribute the best each has to offer for the good of all.

We translate Paul's word for the gifts of the Spirit as charisms. This word shares its etymology with the word charis which we translate as grace, indicating that, like grace, charisms are exclusively gifts of God, unmerited and unobtainable by human effort. In the New Testament, the Greek word charisma appears only in the Letters, as if to explain that charisms became active after Pentecost, when the disciples were empowered to carry on Jesus' mission in history.

The Pentecost story proclaims that the gifts of the Spirit empower us to overcome the differences that divide the human community into competing or even warring factions. Paul's analogy of the body of Christ teaches that every person has the potential to be a source of grace for and to be graced by all others.

In the Gospel of John, Pentecost, Christ's bestowal of gift of his Spirit to the community, happened on the day of the resurrection. As John depicts it, Jesus became present in the midst of the disciples and greeted them with Shalom-peace. After exposing them to the scars of his wounded hands and side, he again said, Shalom. Then, having made them aware of the cost of being agents of God's love, he said, "As the Father has sent me, so I send you."

In a reenactment of the creation (Genesis 1:26 and 2:7), Jesus breathed on them, saying, "Receive the Holy Spirit." Once they received his Spirit, they were capable of carrying on his mission. Whereas in Genesis, the human vocation was to be stewards of all creation, Jesus summarized his mission with the single command to forgive, intimating that forgiveness is the key charism of people who would be his disciples.

The second half of Jesus' phrase, "whose sins you retain," has been interpreted in multiple ways. It can be a warning that lack of forgiveness leaves the world in a state of chaos. Another possibility is that Jesus is reminding us that forgiveness cannot be imposed. As the story in John 9:20-41 demonstrates, when people refuse to see the truth, no one can free them from their sin. Forgiveness is dialogic; it cannot be imposed.

The Acts story says that 3,000 people were baptized on the day of Pentecost. We need to remember that those 3,000 included people known today as Iranians, Iraqis, Turks, Asians, Africans and Europeans — the known world of the New Testament. If the enthusiasm of the disciples hadn't been enough to make people question their sobriety, their conviction that such diverse people could form a community of love and service should have made others question their sanity.

The feast of Pentecost challenges our hope and faith. Each week we proclaim, "I believe in the Holy Spirit." Pentecost asks how deeply we mean that. Are we willing to let Christ's Spirit impassion and empower us? Are we willing to be led beyond our culturally comfortable worlds to form communities that include such diversity and such different points of view that we will need, and even learn to enjoy exercising, the charisms of humility, humor and forgiveness? Like forgiveness which cannot be imposed, such communities spring from grace and are as costly as was Jesus' own mission. Pentecost promises that it is worth the cost.

Down to earth faith

Our witness is to be witnesses to God's love

Christians should look for signs of God's love in their lives, pope says

We must continue to listen to Jesus and listen deeply

This Lent, let's change fasting from self-improvement to 'cultural spring-cleaning'