Rising with Jesus at Eucharist

We know him in the breaking of the bread 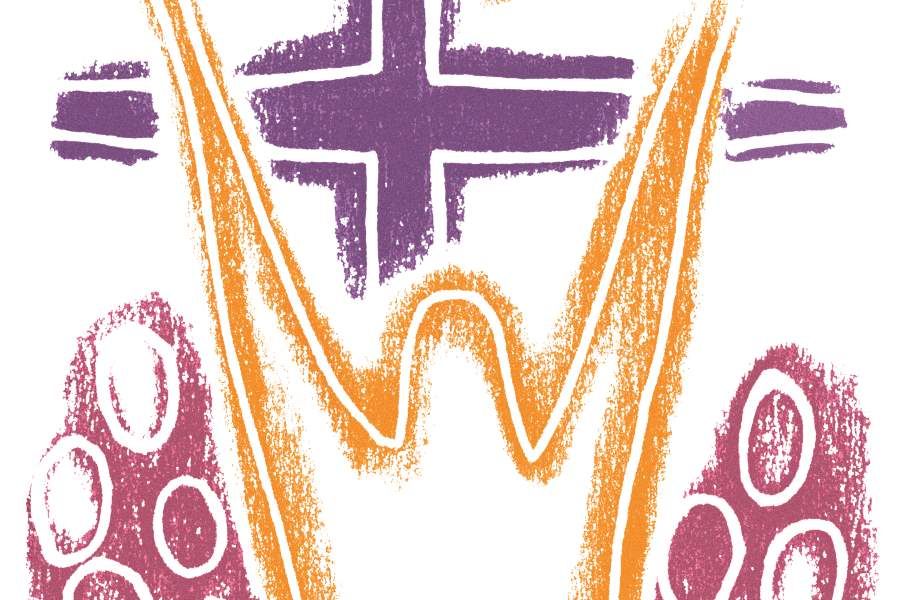 Easter is the linchpin of the Christian life. As St. Paul so bluntly wrote: "If Christ has not been raised, your faith is futile and you are still in your sins. Then those also who have died in Christ have perished. If for this life only we have hoped in Christ, we are of all people most to be pitied" (1 Cor 15:17-19).

But we do believe that Jesus, who was crucified, who died and was buried some 2,000 years ago, was raised from the dead — leaving his tomb empty, appearing to a group of witnesses who were so transformed that they began a movement that has endured up until now, that shapes the very meaning of our lives.

Hundreds of theologians, thousands of preachers and catechists will try to articulate this Easter proclamation during the 50 days assigned to the season by the liturgical calendar. Their goal is to move their fellow Christians so they will feel compelled to live differently, more fervently, courageously and vitally as Easter people.

Do you know the risen Christ? Where have you seen him? How has this affected you personally, and how does it shape your relationship to the church? Do others see the difference in you because of your Easter faith?

We know that if Easter faith does not get beyond the books, the words, the hymns, the ritual actions and symbols of our worship to penetrate the daily experience of believers — to transform them personally as it did the first disciples — Easter will come and go without impact, its mysteries still hidden and its potential untapped.

One of the first obstacles to effective Easter evangelization is that the message preached is too simple, too small and too familiar. How many Easter homilies assert that Jesus was resuscitated to prove he was God, or that he left a set of moral instructions for us to follow in order to save our souls … and then say nothing more? Is this really the good news of Easter?

Going to the source

The Gospel writers faced the same challenge: Could mere words ever convey the full implications of an event like the resurrection of Jesus? The Gospel accounts were compiled and formalized 30 to 80 years after the death of Jesus within four faith communities that reflected the experience of primitive churches in (we speculate) ancient Antioch, Rome, Jerusalem and Ephesus. They are literary masterpieces of subtlety and layered connections, theological lenses on an event in history yet beyond history, a moment framed by scriptural fulfillment but beyond all frames of human understanding. The Resurrection was and is a cosmic, existential breakthrough into wonder, gratitude and joy.

Dying you destroyed our death, rising you restored our life, Lord Jesus, come in glory.

The letters of St. Paul, written decades before the Gospels, had already laid the groundwork for how one might articulate Easter faith. Jesus is the firstfruits of the new creation (1 Cor 15:20), our older brother going before us into glory, the source of reconciliation, restoration freely given. Grace now supersedes the Law (Rom 6:14). The special invitation rooted in the ancient covenant with the Jews is now universal, open to everyone who believes.

The Gospel writers record an event that could not be described in ordinary terms. To "see" the risen Jesus required faith, a perception deeper than physical sight that grasped  the event in light of what was foretold in the Law and the prophets. The full revelation was like an immense stained glass window that had always been there but whose impact was obscured until the brilliant light of Easter dawned.

"Was it not necessary that the Messiah should suffer these things and then enter into his glory?" the stranger asks his dejected companions on the road to Emmaus, as he explains the scriptures to them (Luke 24:26). His true identity remains hidden until, at table, he performs the familiar gesture of taking, blessing, breaking and sharing the bread. Their hearts are burning, their minds are alert, and in that moment they know him. He disappears, and they run to tell the others, "We have seen the Lord."

This story from Luke is both the Gospel in miniature and a glimpse into the powerful liturgical life of the early followers of Jesus.

Other Gospel accounts try to capture the mystery of the risen Jesus' glorified body; he somehow has a spiritual and corporeal existence at the same time. He passes through closed doors, appears and disappears, but he is "real," visible and tangible. He invites the disciples to touch him. He eats fish (Luke 24:36-42). He is neither a resuscitated corpse nor a ghost. This is the same body that was crucified (John 20:19 ff). See the marks of the nails in his hands, the spear in his side. "It is I, your brother Jesus," he says. But he is also beyond them, beyond time and place, the Christ, a divine presence opening the way to restored intimacy with God. His divine life is freely shared. A new creation is breathed into them.Slavery to sin is broken.

The Gospel accounts are ambiguous about what resurrection is, but this is deliberate. It's meant to suggest that there is more here than meets the eye — that knowing the risen Jesus involves personal transformation, faith and love. These resurrection stories are not historical narrative but theological proclamation: They were the core kerygma of the early church. Jesus is alive, the earliest evangelists said. Death is overcome. Reconciliation with God has been accomplished.

This does not mean that the resurrection is not a historical event or that it was only a subjective or psychological experience; those are categories of understanding that would not have occurred to the first witnesses in the early church. Something happened, but it was also mysterious, a theophany that could not be fully apprehended without faith. The important thing is that we can't think of resurrection as a past event. It is an ongoing, life-giving encounter.

As John's Gospel indicates, we are at no disadvantage because we didn't know the historical Jesus or see him in the risen flesh (John 20:29). The disciples had to work through their doubts just as we do. The story of doubting Thomas encourages us to ask for an intimate meeting with the Lord in order to deepen our faith. We should pray for this encounter.

In the breaking of the bread

The centrality of the meal is woven into all the Gospels. Disciples come to know Jesus at table. Luke's Gospel features 10 meals, before and after the resurrection, at which Jesus is revealed as the source of life and forgiveness. The daughter of Jairus is raised, and Jesus tells her parents to give her something to eat (Luke 8:55). Zacchaeus is called down from the tree (the cross Jesus will ascend to take his place), and he and Jesus dine together to celebrate his new life of justice (Luke 19:1-10). After the resurrection, Jesus eats fish with his disciples in the upper room (John 20) and at the Sea of Tiberias (John 21), commissioning them to take the message of reconciliation into the whole world.

These narratives suggest that we, the baptized, come to know Jesus not just in private prayer or special revelation but in our eucharistic assemblies.

For St Paul, Eucharist is the appropriate setting where we deepen and exercise our Easter faith. All the elements of his theology come together at Eucharist: the paschal pattern of our own dying and rising with Christ, the moral imperative to love one another as fellow members of the one body of Christ. To be baptized is to live in Christ, to join our sufferings to his, our triumphs to his victory. This is true Christian spirituality — life in Christ. We make our own journey from sin to grace, death to life.

We need to experience it

It is not enough to restate the theology behind resurrection. People need to experience Easter faith to grow in it. Not surprisingly, the paschal mystery becomes more visible and tangible when good liturgy connects with opportunities to serve the poor.

A small Catholic Worker community in Kansas City, Missouri, celebrates Mass every Thursday night. For an altar, they use the same small table that an hour earlier held the loaves of bread they gave out in the serving line at their nightly meal, which sustains 80 to 100 people from the streets. As the scriptures are shared at Thursday Mass, the same Jesus who "appeared" in the serving line is unmistakably present at and around the altar. Connecting the ritual with the reality reveals the mystery: God is among us in the poor; Jesus is crucified and raised again in the breaking of the bread.

Resurrection is our call to do what is right in this world. Luke's parable of Lazarus and Dives (Luke 16:19-31) makes justice for the poor an urgent warning that comes from the afterlife to the rich of this world. If we come to Mass, share the scriptures, stand together at the altar and receive Communion, then we are compelled to carry the implications of the Mass into the world, especially through the corporal works of mercy. The risen Christ waits for us to serve him in the poor, in the hungry, thirsty, naked, abandoned people around us. The message could not be clearer: If you say you love me, come and find me in these, your least brothers and sisters. "As long as you do it to one of these, you have done it to me" (Matt 25:31-46).

This year marks the 30th anniversary of the death of Monseñor Oscar Romero, who was assassinated in 1980 while saying Mass in a small chapel in San Salvador, El Salvador. Romero knew his defense of the poor would inevitably lead to his death. He foretold that if he was killed, he would rise again in the Salvadoran people. His martyrdom revealed the power of the paschal mystery. God's love for the poor is an unstoppable force, and the engine of human history is on its way toward a divine destiny in Christ. Our eyes are opened.

Editor's note: This reflection was originally published in the May 2010 issue of Celebration. Sign up to receive daily Easter reflections.

Column | Rising with Jesus at Eucharist

6 things to watch at the Methodist General Conference