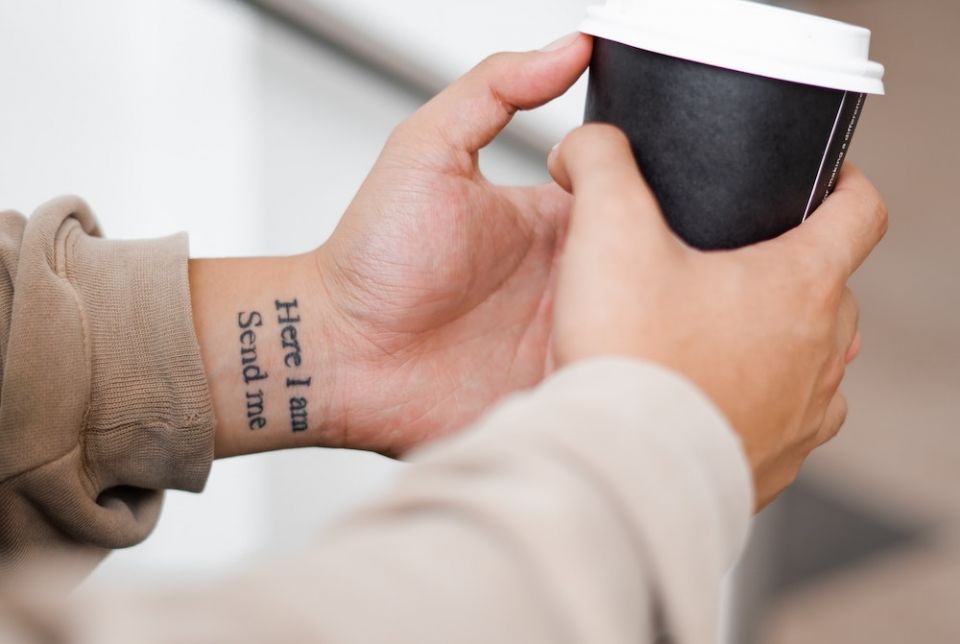 The key to Samuel's story, the prayer that would provide the melody line for the rest of his life, was, "Speak, Lord, your servant is listening." Today's Psalm echoes that with its "Here am I, Lord, I come to do your will." (Unsplash/Kelli McClintock)

I used to love hearing my mom tell the story of how she and Dad met and fell in love. Mom's stepmother arranged for them to go on a blind date — which Mom figured was a setup with something between minimal and no chance at all of having a good outcome. Dad was urged to do it by an athlete friend who happened to be the brother of said stepmother. Dad, a newly minted physician who had rarely dated, was more shy than suspicious. One date was enough for both to realize that the relationship had "til-death-do-us-part" potential. They cultivated that potential for the next 68 years.

Some vocation stories are like that: love at first sight, or, "I always knew I wanted to be a ..." Others may be more like Samuel's. Samuel, the equivalent of a live-in altar boy when God called, thought his boss was summoning him. It was only on the third awakening that he and Eli realized he should respond as if it were a call from God. With that, Samuel's childhood service blossomed into a vocation as the last of Israel's judges, the one who would anoint Israel's first two kings.

The key to Samuel's story, the prayer that would provide the melody line for the rest of his life, was, "Speak, Lord, your servant is listening." Today's psalm echoes that with its "Here am I, Lord, I come to do your will."

Mary, the mother of Jesus, embraced her vocation with similar words: "Behold the handmaid of the Lord," thus proclaiming the willingness to give herself fully to whatever God had in mind for her and, through her, for the world.

Today's Gospel offers alternative vocation stories. The least noticed character in this incident is John the Baptist. He's a mildly oddball prophet, who, by doing just what he felt called to do, attracted great crowds and not a little fame. Fulfilling his humble claim to be the forerunner, John saw Jesus, called him by the mysterious name, "Lamb of God," and sent his own disciples to follow the "one coming after me."

As John's disciples set off on the journey that would redefine their lives, Jesus turned to them and asked one of the most basic questions that every thinking person must answer: "What/who are you looking for?" These are the first words Jesus speaks in this Gospel and the question this Gospel asks every reader.

Jesus would later ask the same question of the people who came to arrest him in the garden, and of Mary Magdalen after his resurrection. In the garden, his enemies, defining him only by his place of origin, responded: "Jesus of Nazareth." Mary, guided by the grief-stricken conviction that Jesus was dead, simply asked, "Tell me where you have laid him."

The disciples depicted in today's Gospel, the first ever to hear Jesus ask that question, responded by asking, "Where do you abide?" When they accepted his invitation to "Come and see," they began their lifelong vocation of discipleship. From then on, everything they did would have to do with learning to see as Jesus did.

The U.S. philosopher Henry David Thoreau stated rather starkly, "The mass of men lead lives of quiet desperation," apparently indicating that he believed that most people either never find their purpose in life or fail to achieve it.

The saintly Jesuit Fr. Pedro Arrupe offered a much more hopeful assessment in by affirming that the essence of the human vocation is to fall in love with God. He writes: "What you are in love with, what seizes your imagination, will affect everything. It will decide what will get you out of bed in the mornings, what you do with your evenings, how you spend your weekends, what you read, what you know, what breaks your heart, and what amazes you with joy and gratitude. Fall in love, stay in love, and it will decide everything."

That's what happened to John's disciples as they followed Jesus home. They fell in love. The same happened to Samuel when he realized that his call was coming, not from Eli or any mere human hero or leader, but from the God who made him. That's what Paul is telling the Corinthians when he says, "Your body, everything you are, is for the Lord! Don't settle for anything less!"

Today's readings remind us that our most basic vocation is to fall in love — with God and all God has created to draw us into divine life. Like Samuel and the disciples, like couples who marry, like every person who believes in their vocation, cultivating the decision to love will fill the rest of our lives — and more.

Column | Second Sunday in Ordinary Time: The vocation to love

Solemnity of Our Lord Jesus Christ, King of the Universe: 'What have you done?'

Fifth Sunday of Easter: Being 'in relationship'