It need not be so, if only we respond to the grace being offered 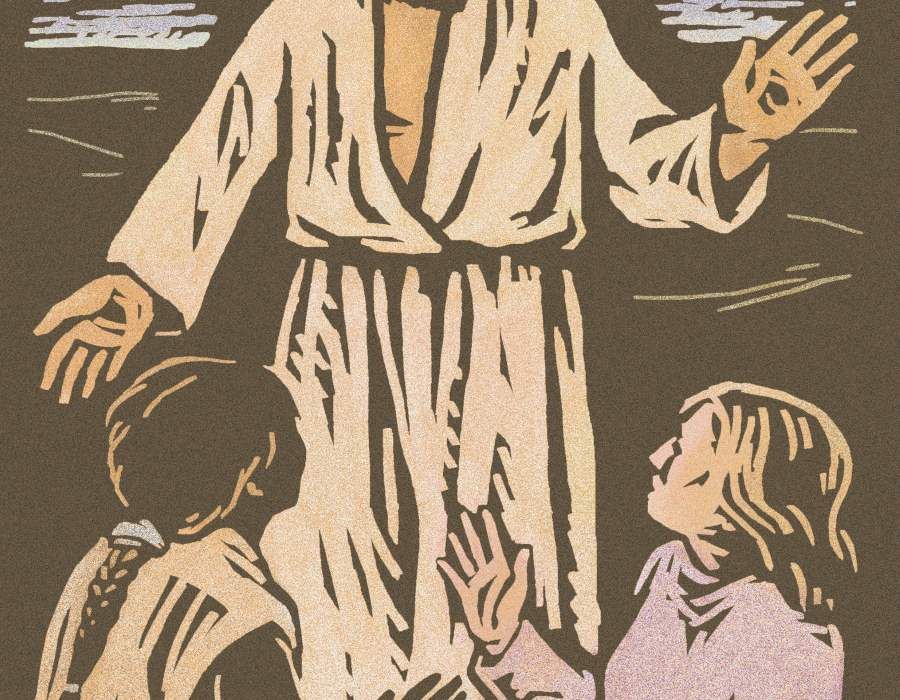 I've heard it described as "ships passing in the night." What do you imagine when you hear that expression? Do you imagine two giant liners that move silently past one another on a foggy night, going in opposite directions?

Think rather of one boat, yours. It is well-made. You have a fine, experienced captain, the latest GPS, and your craft is well-trimmed for speed, or leisure cruising. You've plenty of the finest foods on board. In fact, you've got extras, such as wine, spirits and exotic fruits.

Your boat is running parallel with another, but that craft is barely afloat.  It is without a captain, much less equipment. You can't imagine what caused those on board to have set sail in it to begin with. They seem doomed, and you can't decide what to do. You're going the same way, but you still aren't sure how to act.

I'm describing the fate of many of our immigrant Catholic brothers and sisters here in America. A Catholic deacon observed, "We need them. We aren't reaching out for Spanish-speaking deacons from among the Hispanics themselves."

To begin with, there are growing numbers of immigrants among us. The challenge is that many of them are young and transient. They live in archipelagos of trailer courts, in apartment complexes or in random dwellings in the poorest areas. They aren't where we can find them, because they aren't always easy to find.

Yet they are Catholics without a priest or deacon. To be honest, they don't have a church, either. The only church they have is yours, and you don't know they are there.

I was called one night by a friend who asked me to help translate for a Latino baptism ceremony.  "What?" I answered, incredulous. "I  haven't spoken Spanish for 25 years! How can I possibly help?" God, however, has a sense of humor. As it was, the ceremony went well. In fact, so well that I was invited to come to a wonderful family feast afterward.

So what can we do, we who are in the fortunate boat?  Consider this  historical precedent with startling implications for us now.  In the immediate aftermath of the Second World War, Europe was a devastated, starving shambles. Some 14 milllion Germans, almost half of them Catholic, lived in squalor, crammed into  immense concrete blockhouses built to protect against falling bombs. The war had  obliterated their homes, and they were left to survive in these fetid places of freezing concrete. Millions more were driven from their homes and left to wander friendless and abandoned.

A Belgian Catholic priest observed that these suffering, hopeless people were ripe for Communist propaganda offering them promises of a better life, since they had been "forgotten by their church." Fr. Werenfried van Straaten wrote an essay titled "Peace on Earth? No Room at the Inn." It appealed for humanitarian aid for these people  displaced by the war. He spoke the words of Christ to challenge those who saw them only as former enemies, not as brothers and sisters. They desperately needed material help, but they also needed to know that God had not forgotten them.

Fr. van Straaten organized deliveries of food and essentials. He mobilized youth groups to offer practical help where they could. And, even more,  he organized a convoy of abandoned military vehicles in which he placed mobile altars. These trucks and vans traveled throughout Europe to the displaced persons' camps, the former bomb shelters, to the concrete blockhouses packed with parents and children, so Mass could be offered to reassure them that God was still with them.

Can't we do this today? We can attract, train and ordain Spanish-speaking deacons. We can make it important to learn Spanish in our seminaries and for all our clergy. and lay ministers. We can take the Mass and the sacraments to those in migrant camps, trailer courts, neighborhoods and rural homesteads.

The opportunity is there. We only have to use our imagination. We have to see that their boat is really ours, and that we have brothers and sisters who are suffering.  If we ignore them and lose them for the church, everyone will be the poorer for that failure.

Column | Ships passing in the night?

Walking on water at the community pool