Care for those in need, don't worry about 'credit' 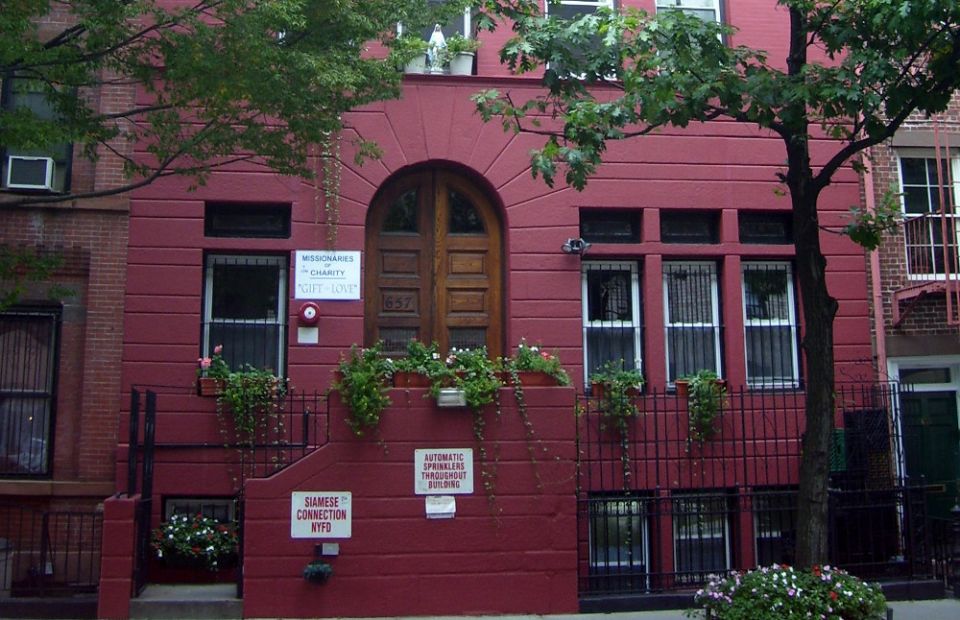 I worked part-time at Catholic Charities in the New York Archdiocese while attending graduate school in 1984. Catholic Charities had just opened a new office to specifically deal with the burgeoning homelessness crisis in the city.

One afternoon the phone rang, I happened to pick up, and the caller introduced himself as a Jesuit priest living in New York City; he wanted our assistance in opening up a residence for homeless men diagnosed with AIDS.

AIDS was a death sentence at that time, and Fr. Bill McNichols was ministering to men afflicted with it. He contended that many had been banished from households out of fear, ignorance and prejudice, and they were literally dying in the streets. He even had a location in mind.

"There is a rectory at St. Veronica's Church on Christopher Street that would be perfect."

I asked why he thought it was so ideal, fully expecting he'd mention such details as the proper zoning and permitting of the site.

"Because St. Veronica was the one who wiped the face of Jesus on his way to Calvary," he replied. "She comforted him. That's what I want to do for these men."

That told me everything I needed to know about the holiness and spirituality of McNichols and why this project was so important.

He then introduced me to one of the nuns at nearby St. Vincent's Hospital with whom he had been involved caring for AIDS patients. She and her companion sisters also desperately wanted this residence to be opened.

I wrote a detailed proposal and sent it to the monsignor who was the head of Catholic Charities at that time. A few weeks went by and I did not hear back from him. I then ran into him at a meeting and asked about the project; he assured me he was looking into it.

Several months later, I graduated and took a full-time job with another nonprofit assisting the homeless. Then one night, I was watching the local news on television when I heard a news anchor say, "Stay tuned, after the break, Catholic Charities announces it's opening the first shelter in the city for men with AIDS …"

Sure enough, it was a statement by that very monsignor about Catholic Charities opening a residence at St. Veronica's rectory, to be run by the Missionaries of Charity. There was no mention of McNichols, nothing about the nuns from St. Vincent's Hospital.

I called McNichols. He confirmed what I had just found out: Catholic Charities took our idea, ran with it, and gave it to someone else.

I was livid, absolutely livid, and sent a harsh letter to the monsignor. I never heard back from him.

Two years later, I was on a weekend at Inisfada Retreat House on Long Island with my father and three brothers. At some point during the two days, I spotted McNichols. I went over and we reconnected, delighted to see each other.

That evening, the retreat master went door to door to spend some individual time with each person, and when he came to my room, I told him how happy I was to see McNichols. He asked how we knew each other, and I told him, including the story about the AIDS residence and my take on what Catholic Charities had done.

He could easily pick up my anger at what had transpired, and asked, "Did the residence open?"

"So men with AIDS are being cared for and have a decent place to live?"

I hesitated and then finally sputtered, "Um, because we didn't get … credit."

He looked at me with a wry grin and asked, "But what's credit?"

"What's credit?" hung there in the air in the room.

I don't think I said anything. I may have just changed the subject, or he did, or he politely excused himself and moved on to the next retreatant. I can't quite remember.

I don't think I said anything. I may have just changed the subject, or he did, or he politely excused himself and moved on to the next retreatant. I can't quite remember.

That retreat leader has passed away, as has the monsignor from Catholic Charities.

But some things haven't changed.

And I never forgot "What's credit?" Those words have crossed my mind many times in the ensuing decades, whenever I am tempted to seek recognition for something, whenever I feel jealousy over an award or accomplishment earned by a peer, or when I feel resentment.

And most importantly of all, the AIDS hospice at St. Veronica is still open, still run by the Missionaries of Charity, still caring for people with AIDS, still doing the work of God.

[Mark Redmond is executive director of Spectrum Youth & Family Services in Burlington, Vermont, and the author of The Goodness Within: Reaching Out to Troubled Teens With Love and Compassion.]

Column | Care for those in need, don't worry about 'credit'

For a short while, we were Jackson's family