Wade in the water, wait in Juárez 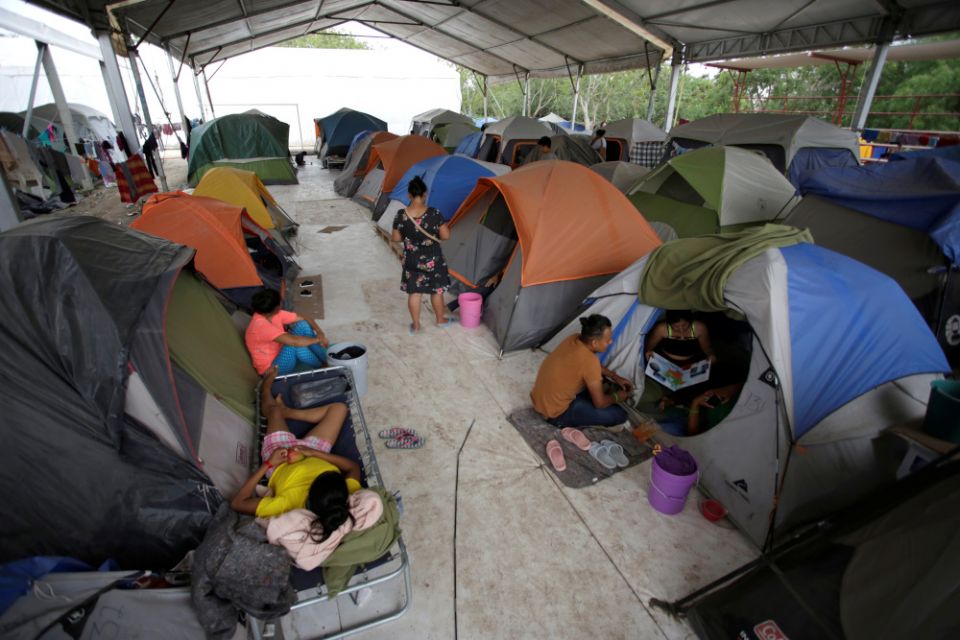 The pain of heartache still flows in the narrow river. I watch the ripple from the footbridge above, feeling helpless, hopeless. There is even less I can do now.

Do I let my heart feel the sorrow, the grief? Sometimes I do.

Sometimes I cry with the young wife and mother who lost her 2-year-old daughter and the husband carrying their child on his back. Or with the Honduran woman whose husband did not want to come but listened to his wife's plea. "It's only for a few years," she told this strong man who could no longer keep his family fed and safe.

He did not make it across the Rio Grande.

Nor did the 21-year-old female who'd been sent to wait in Mexico. Alone and vulnerable. No one to protect her from rape. She tried to venture back across. Taking the risk in the water was better than the risk of waiting in Juárez.

Single women, mothers with children — they are the easy targets.

I've heard reports of Guatemalan women pleading with the judge at their initial court hearing not to send them back. "Put me in a cell," one tells the judge. She would rather be locked up while she waits than be "free" in the homicide capital of Mexico.

"They extorted my family for money," another one says. "I'm afraid to go back."

Two women sob in the courtroom, with their children in tow. Intruders tried to rape them at their shelter.

Those of us who live at the border — we all know it's not safe in Juárez, Mexico. There is nothing protective about the outrageously unsafe Migration Protection Protocols, its name so completely opposing anything resembling "protection."

Even the El Paso, Texas, City Council denounced the "Remain in Mexico" policy 6-1 last July. El Paso, the administration's testing ground for MPP. A perfect place to implement our inhumanity against immigrants. Still, the policy continues.

Even in the midst of a pandemic.

Those of us who live at the border — we all know it's not safe in Juárez, Mexico. There is nothing protective about the outrageously unsafe Migration Protection Protocols, its name so completely opposing anything resembling "protection."

Now, asylum seekers exposed to the virus are flown to Guatemala where words like sanitation, social distancing and safety do not exist. We deport them, risking entire villages, indigenous communities, to the spread of COVID-19. The grave irresponsibility of this act unimaginable from a country grounded in Christianity. Or the people are driven back over the bridge. To Juárez, Tijuana, Matamoros: congested border towns with migrant encampments ripe for the spread of the untamable.

Matamoros — that wildly dangerous place where volunteers like my friend Sigrid offer humanitarian aid, through World Central Kitchen and other nonprofits, to the more than 2,000 asylum seekers camped out in tents. She is warned to get off the street before dark descends. Along with the cartels.

Despite the dangers, despite the growing threats, the migrants continue to wait their turn. They are trying to do it the "right" way, the legal way. Even though they were told their chances of receiving asylum are almost nil in this political climate. That was before a deadly virus hit. Borders are temporarily closed now. Their waiting is prolonged.

But the alternative — returning home — is not an option. Death, or worse, awaits them there. So they wait. In encampments, in makeshift shelters, in crowded, unsanitary housing. And their sponsors in the U.S. wait, unable to help.

Our hospitality center, Casa del Refugiado, in El Paso, no longer receives asylees presenting at the border. Now Immigration and Customs Enforcement only delivers those who have sued against the injustice of being held in the virus-infected El Paso Processing Center. Detention — the place my immigration attorney friend Heidi Cerneka calls "tinder boxes just waiting for a match." No longer able to volunteer, no longer accompanying asylum seekers cleared and ready to travel to sponsors, I wait, too. For other opportunities, other ways to walk alongside them, on a road that restores a woman's dignity, rekindles a father's spirit, saves a child's childhood.

No longer do I see their desperate, disheveled, dirty faces. The faces of those who taught me the meaning of faith. Of generosity when giving means you'll have nothing left for yourself. The faces of those who had to leave their country just to survive. And started out on foot. With nearly nothing. Facing extreme hardships. Extreme suffering. Extreme roadblocks along the way.

Wait in Mexico? They have been waiting. Especially the Guatemalans, the Hondurans, the Salvadorans. Waiting for justice and safety that do not exist. Waiting for hope that may never materialize. 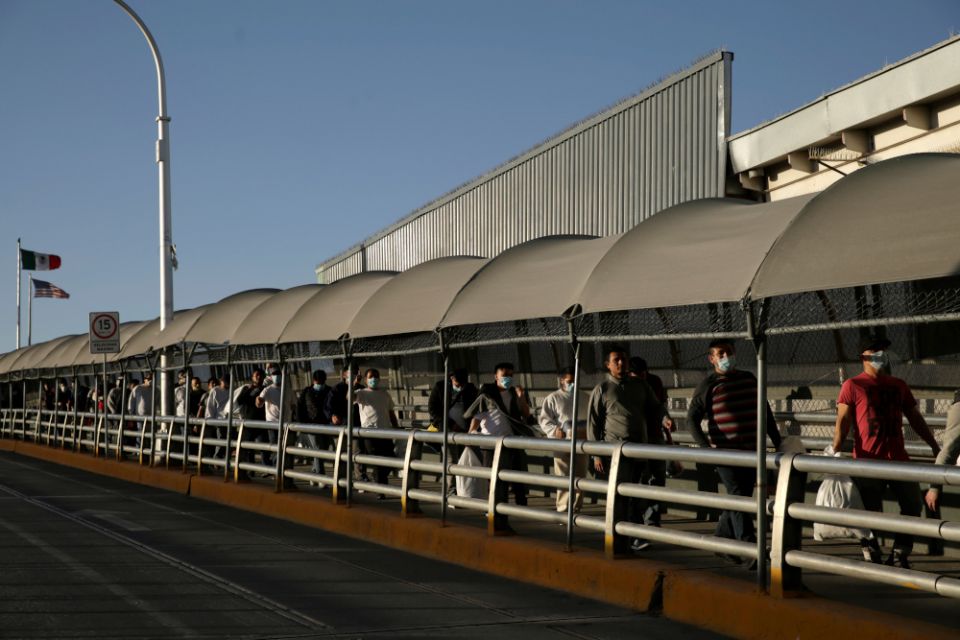 Immigrants in Ciudad Juarez, Mexico, walk across the Paso del Norte border bridge after being deported from the United States April 21 during the coronavirus pandemic. (CNS/Reuters/Jose Luis Gonzalez)

So, this tiny patch of water that separates two cities, two countries, poses a minor obstacle. A risk one is willing to take, all things considered.

Still, the river can be deceptive.

The water churns, swirls, gains power. So many stories are buried in its silt.

And then I do the one thing I know our loving God asks of me. I pick up my pen. I tell others what the soul sees. I write the stories, hoping those who read will know that we cannot stand on the shore watching, the distance between us thickening like a detached fog. We, too, must wade in. Feel this churning, swirling power. Yield until it teaches us the meaning of mercy. Maybe it will change us. Maybe it will cause us to act.

Even as we shelter, comfortably, in place.

[Pauline Hovey is a writer living in New Mexico. She accompanied migrants and refugees for nearly five years at hospitality centers in El Paso.]

A version of this story appeared in the May 29-June 11, 2020 print issue under the headline: Wade in the water, wait in Juárez .

Column | Wade in the water, wait in Juárez

Acedia can trap us, but the Advocate-Spirit renews us

How moms set children's spiritual compass and why it matters