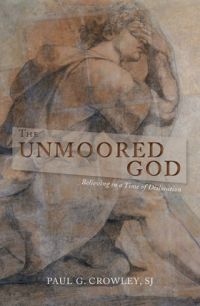 Over the past two centuries, religious belief has become a problem for increasing numbers of people. From early "freethinkers" who shocked the bourgeois sentimentality and moral posturing of the post-Enlightenment era, right down to the floods of present-day nones who confess to no religious affiliation at all, faith has become less and less instinctual.

More interestingly, God has become a problem for many who continue to hold on to faith, even faith of the traditional variety offered through religious institutions. The average churchgoer of today is probably beset with more doubts than his or her counterpart of a century ago, struggling with the tricky balance of practice, prayer and occasional doubt. And the manner of our modern and postmodern religious belonging has given rise to a range of qualifiers for "God." In the march, there is Nietzsche's murdered God, Rilke's hidden God, Wiesel's untrustworthy and unfaithful God, and the non-necessity of Bonhoeffer's God. So scholars and thinkers have in many and various ways marginalized the assured solidity of the absolute, transcendent, omnipotent and loving Lord of the universe.

Jesuit Fr. Paul Crowley's latest book offers us another image, an unmoored God, one whose very self speaks to the social and existential dislocations of the modern believer. In a radical departure from the either/or of faith/disbelief, and with an equally dramatic reworking of the attributes of God, Crowley argues that a dislocated God not only speaks eloquently to the dislocated modern believer but also in significant ways is actually more faithful to the scriptural God. In dislocation, one might say, both the believer and God find their truer selves.

His introduction begins with a rapid survey of the decline of belief in God, but goes on to highlight those modern thinkers who challenge both the God of the atheists and that of classical philosophy. Somehow or other, we have lost our grip on God and yet yearn for God's return. In this yearning, there is the chance to meet God anew, like the disciples on the road to Emmaus, who went from despair to a new awareness that left their hearts burning within them. And in doing so, they reconnected to the God of the Hebrew Scriptures, whose truer self was of no fixed abode. The Ark of the Covenant, let's face it, was made to be on the move.

Crowley lays out his argument in five brief but meaty chapters. The first reviews several theories of why believing in God today is more difficult than it once was, settling in the end for the separation of faith and reason in the modern world as the principal cause. God becomes dispensable when science declares all but science to be mere opinion.

But at the same time, the dislocated or unmoored God, the one no longer with a fixed place in the heavens, may speak, thinks Crowley, to the dislocated person of today who wants something spiritual but fails to find it in the traditional notions of the divine.

A second chapter explores how the challenge that the existence of suffering has always presented to traditional faith must be rethought in such a way that the mystery of suffering and the mystery of God converge. The third chapter makes this much clearer by exploring the kenosis or self-emptying of God in Jesus Christ. In Christ, God encounters the suffering and death of the human condition, and God inspires the person of faith to reach out to the dislocated other (Chapter 4). So, discipleship of the dislocated God occurs when the wounded person of faith becomes the one who heals the world in the name of this God (Chapter 5).

In a brief but theologically dense epilogue, Crowley explores the Rahnerian claim that the future of faith is both mystagogic and missionary. Here, he returns to the discomfort he expressed in his introduction with the two tendencies of modern practice, to reduce faith to assent to propositions on the one hand, or on the other to substitute something vaguely spiritual for the well-worn paths of traditional religious practice.

Mystagogy often means initiation into spiritual practices, and indeed in the Catholic tradition the word has been used to refer to a late stage in the introduction of catechumens to sacramental rites, but here — following Karl Rahner again — the meaning is closer to the word "mystical." So grounds for believing again will be found in the prayerful entry into Christian belief that demands an act of self-transcendence, which in its turn leads to a new energy for discipleship. In baptism (here is the root meaning of mystagogy again), the believer comes to see Jesus and moves into the kind of discipleship that carries the love of God beyond the boundaries of believers.

What Crowley blends so successfully here is the image of the disciples in Emmaus, with their hearts burning within them in the encounter with Christ, and the impulse to mission represented in the vision of the Samaritan woman at the well, an unbeliever to whom Jesus proclaimed the reign of God.

This is a lovely book, and a particularly personal one. You feel the author on every page, his pain at the condition of the world, his compassion for the suffering of the world, and something at least of his frustration with those who define faith by doctrine and those who reject doctrine in favor of spiritual "feelings." Perhaps the argument could be enlarged by facing its undialectical character. Suffering and pain are one side of Christian life; the other is what Pope Francis calls "the joy of the Gospel," and this is less evident in the text than I for one would have liked.

It might be that the other side of the Christian dispensation could find a place in Crowley's vision if we were to consider that "dislocated" and "unmoored" are not quite synonymous, though he seems to treat them as if they are. The dislocated are so because something negative has happened to them; you do not freely dislocate yourself, any more than you would choose to dislocate your shoulder. The unmoored, on the other hand, may well include some who are simply "at sea" (pun intended), but many more for whom to be unmoored is a free choice. They are not tied down and can set sail and confidently navigate the open waters.

The kenosis of God in Jesus Christ is, as Crowley so movingly writes, the way in which God encounters the negativity of human dislocation. But for God, kenosis is a free decision. In kenosis, God chooses the open waters. Self-emptying for God is both a free act and a strange kind of self-transcendence. Discipleship might mirror this duality, like the Emmaus disciples who decide to return to Jerusalem to preach the reign of God.

Crowley concludes with the important observation that it is here "in the communion of hearts in love" that God reappears and believing is possible again. I just wish for a concluding sentence that would make up for the one reservation I have about this excellent and important meditation on faith, a sentence that speaks about Emmaus, and speaks to us about the message of Emmaus: "And they did all this joyfully."

[Paul Lakeland is the director of the Center for Catholic Studies at Fairfield University. His latest book is The Wounded Angel: Fiction and the Religious Imagination.]

This story appeared in the May 4-17, 2018 print issue under the headline: A dislocated God for the dislocated believer .

Theology | Jesuit ponders a dislocated God for the dislocated believer

In response to scandal, join the 'nones' on the road to Emmaus

We need more flexibility in our liturgies

The Feast of the Baptism of the Lord: Baptism into Emmanuel