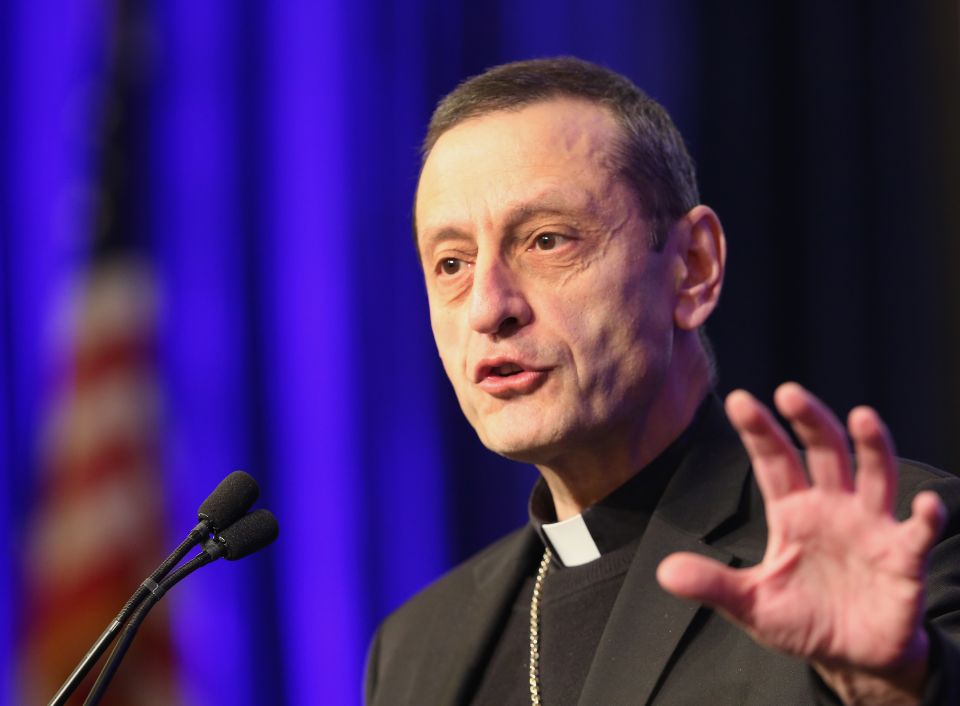 Baltimore — A growing number of texts, not only in English and Spanish but in other languages, and the rise of digital technology are hampering the effectiveness of the U.S. bishops' Subcommittee on the Catechism, said its chairman, Bishop Frank Caggiano of Bridgeport, Connecticut.

The subcommittee, which uses bishops, staff and, in some cases, contractors to read proposed catechetical texts from publishers, is charged with certifying that they are both age-appropriate and in conformity with the Catechism of the Catholic Church. Spanish texts must also go through a "translation verification" process that is supposed to render the English-language catechism faithfully.

"We have seen a dramatic increase in the variety of and number of such texts," Bishop Caggiano said Nov. 14 during the U.S. bishops' fall general assembly in Baltimore.

Archbishop Leonard Blair of Hartford, Connecticut, chairman of the bishops' Committee on Evangelization and Catechesis, said earlier that typically, 5,000 pages of material would be sent to the subcommittee for review. But, noted Caggiano, "a single publisher sent a single series that was consisting of 10,000 pages. With only two full-time staff members overseeing the review process for religious education in the entire country, it's simply becoming unmanageable."

And that's just from the traditional print format in English. An increased number of materials in Spanish have been submitted by publishers, with many texts aiming to capture the Spanish dialect used in the United States.

"We do not have the competency or the resources to date to review those cultural materials in those languages other than English. We don't have the resources, the personnel to the competency to review a culturally sensitive work via the protocols (either). Quite frankly, as these catechetical materials in Spanish and other language might bleed into the digital content," he added, "we do not have a clear answer on how to proceed."

Another phenomenon is publishing on demand, which will "allow a publisher to edit a particular text to meet the particular needs a diocese, school or even a particular parish, and print a limited about of texts based on that need," Its use is growing, he added.

Digital publishing represents "a change in the landscape of catechesis that is both complex and continues to grow," Caggiano said. "When we speak of digitization we must remember there are variety of ways in which a text can be published in a digital format.

"One mimics a standard textbook," he continued. Others, though, are "not subject to a standard format; it can be changed today, this afternoon, tomorrow, next week, and can be linked to website that have a vast amount of information that has varying degrees of quality and accuracy," none of which had been vetted through the subcommittee. It is known in tech circles, Caggiano said, as "blended learning, a mixture of printed text and something that is in digital or electronic format, including videos."

Blair said the subcommittee must also supervise the copyright of the catechism "on behalf of the Holy See," which requires a "consistency review of any text using 5,000 or more words from the catechism." These are typically sent to a trained contracted reviewer and also to a bishop." He added 24 bishops currently review texts, and 70 have done so since the catechism was first published in 1992.

While there were no quick fixes offered, Caggiano listed four "desired outcomes" from the current situation.

"First, we hope to become more proactive rather than reactive in the formation of catechetical texts," he said. "We will find ways to collaborate with publishers so that texts and materials they create, regardless of the language and format.

Caggiano added, "Our fervent hope to be able to extend our oversight as a committee beyond traditional printed texts and to exercise oversight over all catechetical materials, including customized printed material, digital texts and Spanish language material. We will have to re0iamgne what do=such oversight would entail.

It is important, he said, to "retain the relationship, which is collaborative and quite positive, with publishers of catechetical material. Effective materials must be placed in the hands of competent catechists," he said.

"Lastly, however we reimagine our work, that we will provide assistance to any bishop who needs to review texts for their diocese, while providing specific assistance to bishop in dioceses where publishing houses are now located."

Will the world end with a bang, a whimper — or Christ?

Minnesota bishops not waiting for governor, resuming larger Masses May 26