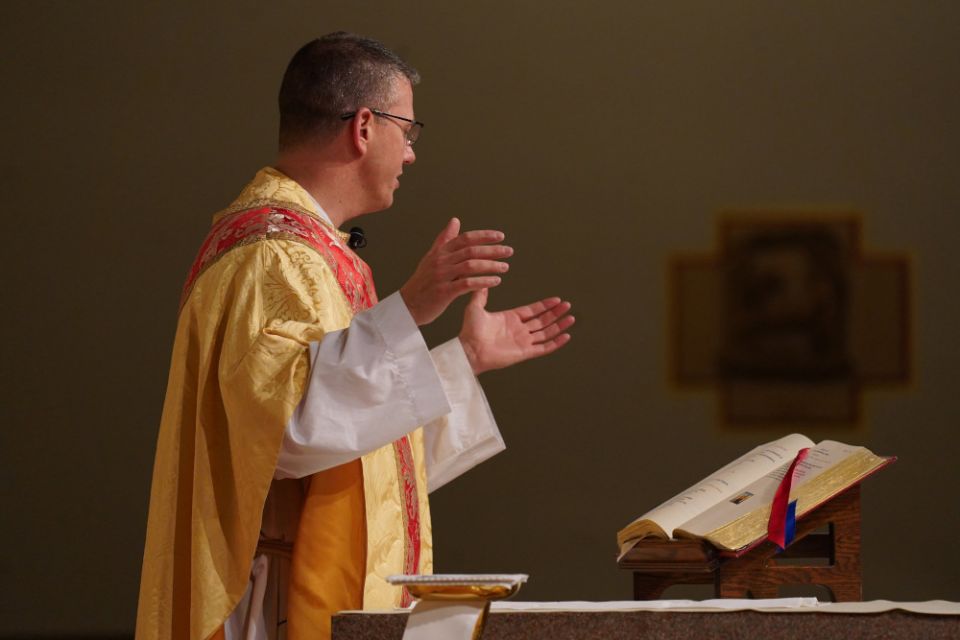 A Feb. 4 memo to bishops from the U.S. Conference of Catholic Bishops' Committee on Divine Worship said the Vatican Congregation for Divine Worship and the Sacraments wrote to the English-speaking bishops' conferences in May 2020 to point out the current English translation that concludes "in the unity of the Holy Spirit, one God, for ever and ever" is "incorrect."

"There is no mention of 'one' in the Latin, and 'Deus' in the Latin text refers to Christ. Therefore, the correct translation ... is simply "in the unity of the Holy Spirit, God, for ever and ever," the memo said, adding that the prefect of the congregation "pointed out the importance of affirming this Christological truth amid the religious pluralism of today's world."

A copy of the memo was provided to Catholic News Service.

It said the correct translation was already reflected in the Roman Missal in other languages, including Misal Romano, the bishops' Spanish translation of the missal.

English translations of the Roman Missal for use by Catholics prior to the Second Vatican Council, such the St. Joseph's Missal of the 1950s, "reflected the correct translation," the memo noted. "However, when the postconciliar texts were published in English, the word 'one' was added."

When the translation of the Roman Missal currently in use was underway in the 2000s, the International Commission on English in the Liturgy "pointed out the discrepancy to the congregation in Rome, but was told to retain the use of 'one God' in the new translation," according to the memo.

After the doctrinal congregation's directive last May, the conference's Latin-rite bishops voted to amend the concluding doxology of orations, or "collects," of the Roman Missal to reflect the change. The congregation confirmed the decision, as it had for the episcopal conferences of England and Wales, Ireland and Canada.

The translation change — "God, for ever and ever" — applies to other liturgical books, such as the Liturgy of the Hours, the memo said, adding that there is no need to publish new Roman Missals, because "it should not be difficult for the celebrant simply to omit the word 'one' when offering the prayer."

But it added that publishers "are being informed of this change" and reprints or new editions of the Roman Missal will reflect the new translation, as will any worship aids for the faithful and other similar publications.