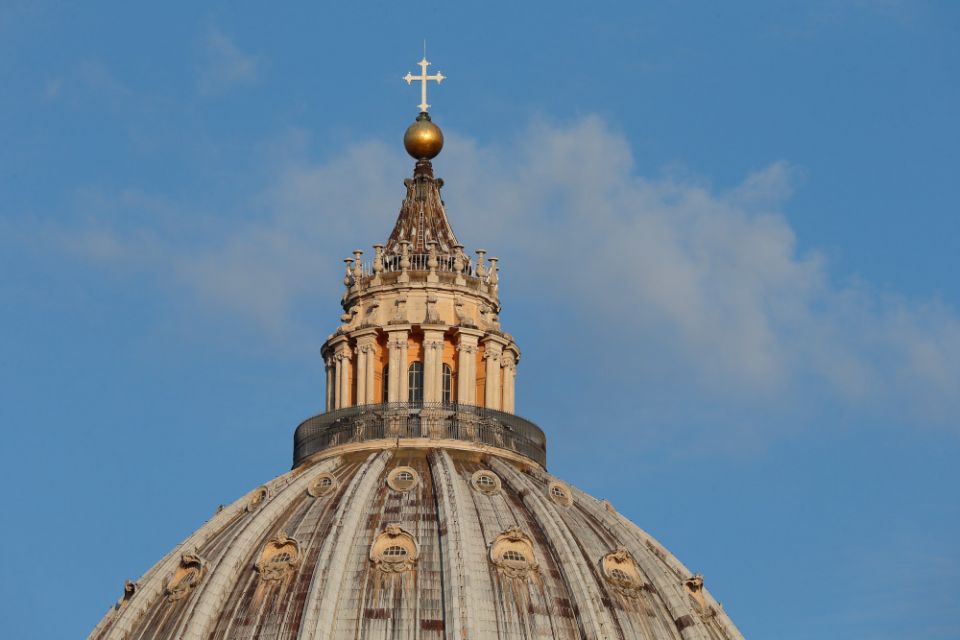 Washington — Recent media coverage that points to potential financial misdealing at the Vatican is creating misperceptions about corruption and fails to adequately explain how the fluid world of financial investing works, said the authors of an article published in a University of Notre Dame journal.

"We're worried about the perceptions that can be formed among the lay faithful by explosive headlines, headlines which sometime oversell the substance of what's known," one of the authors, Gladden Pappin, assistant professor of politics at Catholic-run University of Dallas, told Catholic News Service Dec. 18.

"We think it's important to understand that not everything involving the Holy See and finances is a conspiracy," he said, explaining why he and a colleague wrote the article published Dec. 16 in Church Life Journal by the McGrath Institute for Church Life at the University of Notre Dame.

Pappin and co-author Edoardo Bueri, a pseudonym for a real estate financier who did not want to jeopardize his work in London, suggested that the questions that have emerged about how the Vatican invests its funds are more political in nature.

They maintained that the Holy See, like other church and secular entities, must be able to invest funds in order to better carry out ministries or improve the services they offer.

The Vatican is both the spiritual and administrative center of a worldwide church, but also an independent state with a wide variety of government functions and an international diplomatic presence. It has no tax base, and it relies on investments as well as donations such as Peter's Pence.

"Liberal politics cannot conceive of the church being a sovereign political entity with financial needs and goals like any other," Pappin and Bueri wrote. "And the press corps cannot think of any contribution to make other than to impose austerity through transparency. Until those elements change, the Holy See will have to navigate the political waters as best it can, while guarding the church's patrimony for the generations to come."

Their article appeared as reporting about the Holy See's finances by secular and Catholic media has increased since Vatican police raided offices in the Secretariat of State and its financial oversight office Oct. 1.

The following day, the Italian magazine L'Espresso alleged that the raid was part of a Vatican investigation into how the Secretariat of State used $200 million to finance a property development project in London's Chelsea district in 2014. The money, according to the reports, came from the annual Peter's Pence collection undertaken by dioceses worldwide on the Sunday closest to June 29.

The investment project eventually went sour as the economic expansion of the London real estate market collapsed. Gladden and Bueri told CNS that such up-and-down cycles are normal in real estate, and the story about the loss of funds should have been considered as "pretty pedestrian."

"It certainly looks like the Holy See got the short end of the stick" in the investment, Pappin and Bueri wrote, "but one can hardly call this a scandal."

They said similar investments by other organizations occur routinely with little notice by any media.

At the same time, both maintained that "we want just as much as anyone else for all funds to be managed in the best way possible."

For months, the Vatican has worked to dispel questions that point to a scandal surrounding its investment practices.

In particular, the reporting has looked at the actions of now-Cardinal Angelo Becciu, prefect of the Congregation for Saints' Causes, who oversaw the investment in real estate of some Peter's Pence funds when he was a top official in the Vatican Secretariat of State. In addition to charitable works, Peter's Pence has been used for general church support, including the Roman Curia and Vatican embassies around the world.

Some recent stories about the use of a portion of the Peter's Pence collection to fund Vatican offices and embassies ignored that the fund also was used to cover administrative expenses during the pontificates of St. John Paul II and Pope Benedict XVI.

In an interview with the Italian news agency ANSA Oct. 29, Becciu reiterated that the Peter's Pence collection "is not only for the pope's charity but also for the sustenance of his pastoral ministry."

He also decried charges that he misused the fund for investments instead of direct aid to the poor, calling them "muddy accusations that I firmly and disdainfully reject."

"I have a clear conscience, and I know that I have always acted in the interest of the Holy See and never in my personal interest. Those who know me closely can attest to that," Becciu said.

Pope Francis has defended how the Vatican invests its money, including the millions of dollars that are raised in the Peter's Pence collection.

"The sum of Peter's Pence arrives and what do I do? Put it in a drawer? No. That's bad administration. I try to make an investment," the pope told reporters Nov. 26 on his return flight to Rome from Japan.

Gladden and Bueri agreed that the Vatican could do a better job of overseeing how church funds are invested by the financial firms with which the Holy See works. They also questioned reporting that "has taken a turn toward" conspiracy theories that are unproven.

While approving of efforts by Francis to reform the Holy See's financial practices, Bueri said transparency "is not a bad thing, but not always a good thing."

"Would you like your financial statements broadcast to the world 24 hours a day, seven days a week and people could pick them over?" he asked.

Gladden said the Vatican is limited by its size and, unlike a larger country, in its ability to raise sufficient funds for operation through its taxing authority.

"It's in effect a state without a territory. ... We're not going to have a world where we're never going to have Vatican investment."

Considering Benedict XVI's theology and papacy on his 94th birthday