In a first, Francis to meet Russian Orthodox patriarch during Mexico trip 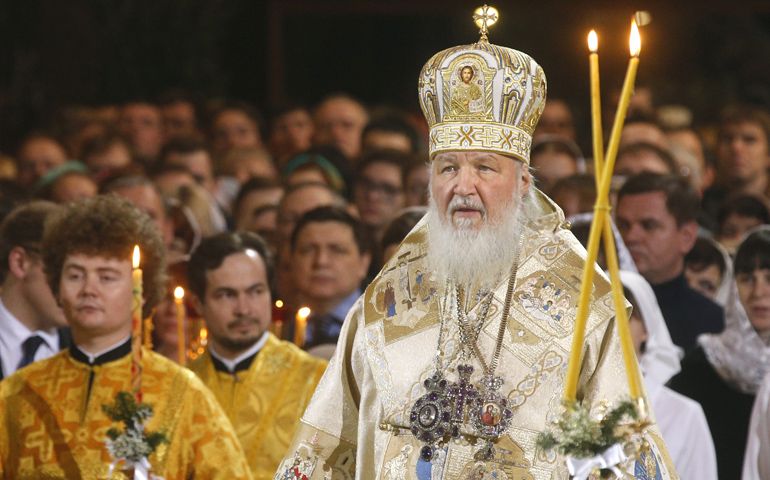 Vatican City — Pope Francis is to meet this month with Russian Orthodox Patriarch Kirill, in the first such meeting between a Roman Catholic pontiff and a leader of the Russian Orthodox church and in an unprecedented push for wider Christian unity.

The pope will make the visit Feb. 12 during a previously unannounced layover in Cuba just before continuing with his scheduled February visit to Mexico, Vatican spokesman Jesuit Fr. Federico Lombardi announced Friday.

The Vatican and the Moscow patriarchate said in a release that the meeting "will be the first in history and will mark an important stage in relations between the two churches."

Beyond an encounter between two Christian leaders, the February meeting also signals a significant and historic move toward wider Christian unity between the long-separated Eastern and Western churches.

It will come only months before the expected opening in June of the first Synod meeting of the various Orthodox churches in more than a thousand years, which has been threatened by differences of opinion between the Russian and other Orthodox leaders.

Vatican spokesman Jesuit Fr. Federico Lombardi told reporters at the Vatican Friday that Francis and Kirill are expected to meet for about two hours Feb. 12, and that both leaders would make short public remarks during the encounter. They also plan to sign some sort of joint declaration, said Lombardi.

The spokesman said the meeting has "extraordinary importance," and that Vatican officials had been working to organize the event for about two years.

Both former popes John Paul II and Benedict XVI had tried to organize meetings with the Russian patriarchs of their eras, especially after the fall of the Soviet Union in 1989, but had failed for a variety of reasons.

Francis told reporters in November 2014 while returning from a visit to Turkey that he had reached out to Kirill for a meeting, telling the Russian: "I'll go wherever you want. You call me and I'll go."

Friday’s release from the Vatican and the patriarchate said both hope the February meeting will “be a sign of hope for all people of good will.”

Cuba seems a unique choice as the meeting place for the two Christian leaders, as the Communist nation is officially atheist. Lombardi said the island country had been chosen because Kirill had already been planning to undertake a visit there in February.

But the choice of Cuba also fulfills a role Francis had asked the country to perform during his visit there last September, telling its political leaders then that the nation has a “key” value of linking together both north and south, east and west.

Unlike the Roman Catholic church -- which is organized as one entity led by the pope -- the global Orthodox churches are organized into a communion led by various patriarchs or archbishops around the world. The Ecumenical Patriarchate of Constantinople, currently led by Bartholomew, acts as the “first among equals” of the churches.

The Russian Orthodox church is the largest of the churches, with some estimates putting its membership as high as 150 million. It has at times had a difficult relationship with the ecumenical patriarchate, with disputes arising over theological issues and leadership of other former Soviet bloc Orthodox churches.

The different Orthodox churches are to meet in June in Crete, in the first such meeting since the Fourth Council of Constantinople in the ninth century. The schism between the Eastern and Western churches first occurred in the year 1054.

The June meeting had first been planned to have been held in Istanbul, but Russian Orthodox leaders said the Turkish city had become “inconvenient” following the controversy over Turkey’s shooting down of a Russian fighter plane.​

Lombardi said Friday that the Feb. 12 meeting between Francis and Kirill would not cause any significant changes to the pope’s Feb. 12-18 visit to Mexico, during which the pontiff will visit six of the country’s cities.

Jesuit Fr. David Nazar, rector of Rome’s Pontifical Oriental Institute and a Ukrainian Catholic from Canada, told Catholic News Service that news of the Francis-Kirill meeting is “big news in the Year of Mercy.”

“To make a step in this direction is beautiful, but also irreversible,” said Nazar.

Nazar described his reaction to the news as “cautiously optimistic” and said he hoped it would mark “a new beginning” in Catholic-Russian Orthodox relations.

Vatican | In a first, Francis to meet Russian Orthodox patriarch during Mexico trip