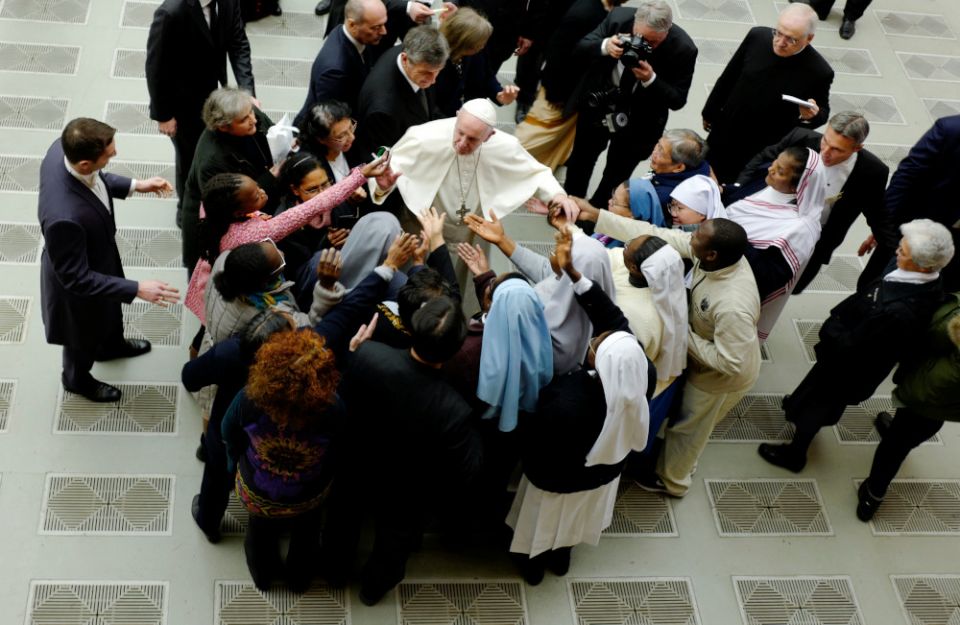 Vatican City — The joyous harmony of people coming together from so many different nations for World Youth Day stands in sharp contrast to today's "sad" situation of confrontational nationalist feelings, Pope Francis said.

"It is a sign that young Christians are the leaven for peace in the world," he said at his general audience Jan. 30 in the Vatican's Paul VI hall.

The pope dedicated his weekly reflection to his trip to Panama Jan. 23-27 to celebrate World Youth Day.

The hundreds of thousands of young people from five continents who attended the events "formed a great symphony of faces and languages," he said.

"To see all the flags flying together, fluttering in the hands of young people, happy to encounter each other is a prophetic sign, a sign (that goes) against the tide of today's sad tendency toward confrontational nationalist sentiments that erect walls, that close themselves off from universality, from the encounter among peoples," he said.

He praised the enthusiasm and prayerful reverence young people showed at the many events and recalled the dedication he saw on the faces of many who declared themselves open to God's will and ready serve the Lord.

"As long as there are new generations able to say, 'Here I am' to God, the world will have a future," he said.

Another image that struck him during the trip, he said, was seeing so many mothers and fathers proudly holding up their children as he passed by in the popemobile.

They showed off their children "as if to say, 'Here is my pride, here is my future,'" he said.

Young people are called to live the Gospel today "because young people are not 'the tomorrow,' not 'in the meantime,' but they are the 'today' of the church and the world," he said.

Francis also urged people to pray the Way of the Cross, saying it is "the school of Christian life" where one learns about a love that is "patient, silent, concrete."

He then said he wanted to share a secret with everyone and pulled out a small box, showing it to the crowd, explaining it was a pocket-sized kit for praying the Way of the Cross.

He said he loved following the Via Crucis "because it is following Jesus with Mary on the way of the cross where he gave his life for us, for our redemption."

"When I have time," he said, he takes the prayer kit out and prays, and he urged others to do the same.