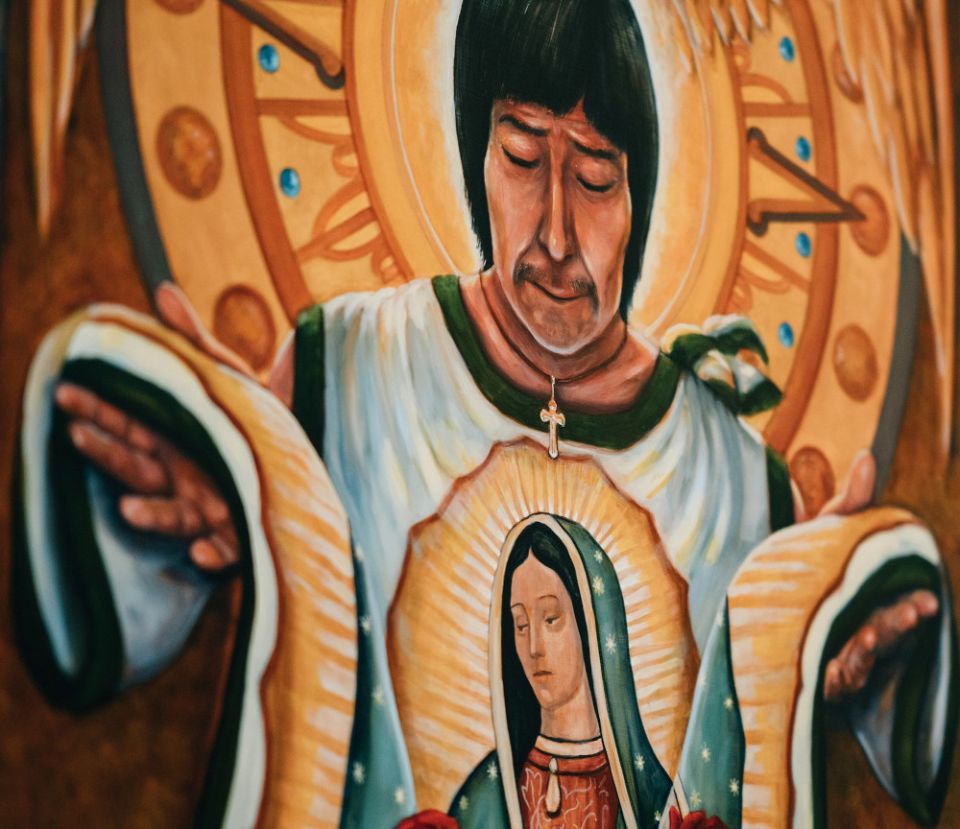 Vatican City — Pope Francis sought the intercession of the first Indigenous saint of the Americas as COVID-19 continued to devastate many Latin American countries.

While greeting Spanish-speaking faithful during his weekly general audience Dec. 9, the pope marked the feast day of St. Juan Diego, "whom Our Lady of Guadalupe chose as her envoy."

The Marian apparitions took place in 1531 on Tepeyac hill in Mexico, now the site of the Basilica of Our Lady of Guadalupe which houses St. Juan Diego's tilma, the mantle that bears the miraculous image of Mary. Prior to the pandemic, an estimated 12 million people visited each year, making it Catholicism's most popular Marian shrine.

Francis prayed, "Through his intercession, may he present to Our Lady the countries of Latin America, affected by the pandemic and natural disasters, so that she, as a mother, may go out to meet her children and cover them with her mantle."

According to a Dec. 8 report by Bloomberg News, Latin America accounts for 30% of the deaths related to COVID-19.

In July, the Pan American Health Organization stated that the pandemic posed a particularly great risk for Indigenous communities, especially those "living in remote settlements or isolated areas where access to health services is a challenge."

"Among Indigenous populations, either living in remote settlements or isolated in urban areas, some of the risk factors that may be associated with higher COVID-19 mortality rates include malnutrition, insufficient access or complete lack of access to health systems as well as to potable water and basic sanitation, in addition to the existing high burden of parasitic diseases," the organization said.

In a Nov. 19 video message to participants at a virtual seminar about the coronavirus pandemic in Latin America, Francis called on government leaders and authorities to not exploit the COVID-19 pandemic as a means to discredit political rivals but instead set aside differences to find "viable solutions for our people."

"Discrediting the other only succeeds in destroying the possibility of finding agreements that help alleviate the effects of the pandemic in our communities, especially on the most excluded," the pope said.