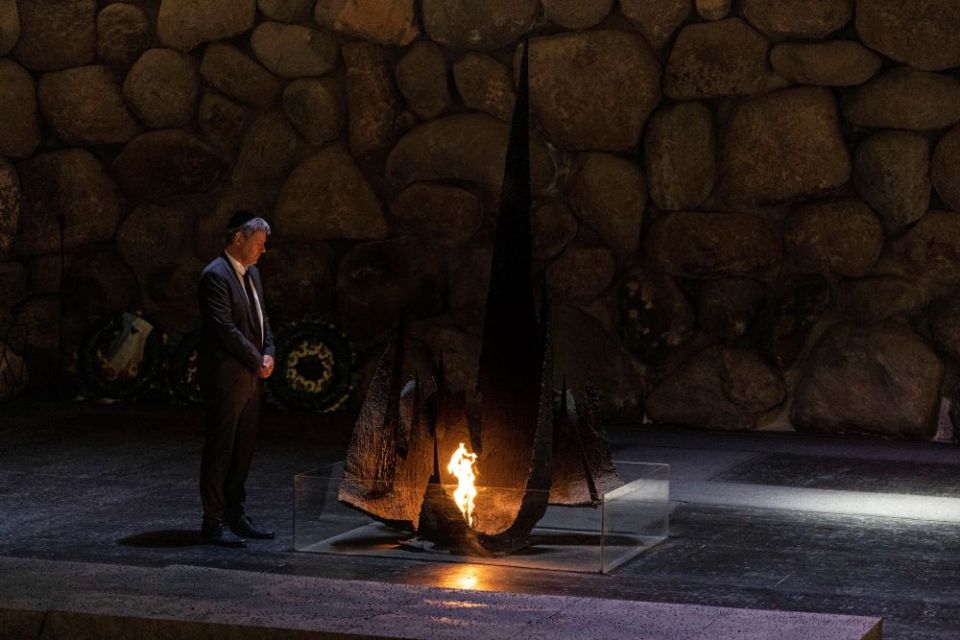 Dani Dayan, who met with Francis at the Vatican, said the pontiff described the archives' opening as "an issue of justice." Francis visited the memorial during a 2014 pilgrimage in Israel.

"When I thanked him for opening the archives of the Vatican of the relevant period of the Holocaust for our researchers, he said very clearly that to open the archives is to make justice," Dayan said. 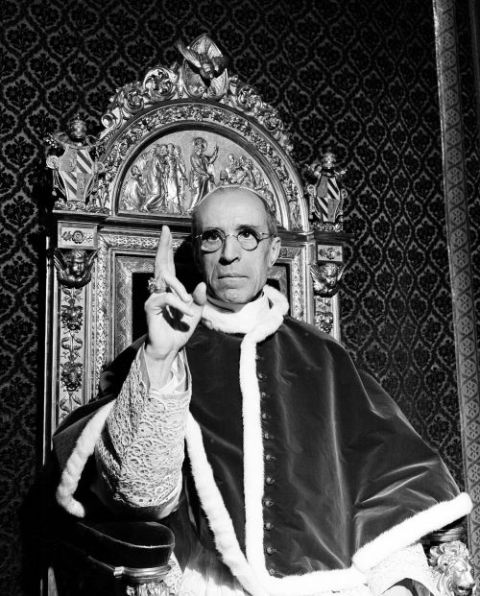 Pope Pius XII raises his right hand in a papal blessing at the Vatican in September 1945. The Vatican has long defended Pius XII against criticism that he remained silent as the Holocaust unfolded. A new book by David Kertzer, "The Pope at War," cites recently opened Vatican archives and suggests the lives the Vatican worked hardest to save were Jews who had converted to Catholicism or were children of Catholic-Jewish marriages. (AP)

Historians long clamored for access to the Vatican archives of letters and other documents spanning the years of Pius XII's 1939-1958 pontificate, which overlapped with World War II.

Over the decades, many have criticized Pius for not speaking out at the time against the mass deportations and systematic murder of Jews. The Vatican has long contended that Pius worked quietly behind the scenes to save lives during the Holocaust.

But scholarly examinations of the wartime archives so far suggest that the people the Vatican worked hardest to save were Jews who had converted to Catholicism or who were children of Catholic-Jewish marriages.

"The Holy Father went on to say that he is well aware that, as in other organizations, in the church there were people who did the right thing and those who did not," Dayan said.

When visiting Yad Vashem in 2014, the pope prayed before a crypt with ashes of Holocaust victims and laid a wreath of flowers in the Hall of Remembrance.

Francis also visited the memorial at the site of the Auschwitz death camp during a 2016 pilgrimage to Poland and met with 25 Christian Poles who rescued Jews during the Holocaust.

Yad Vashem archivists are gathering information from the Vatican archives, with the goal, the Holocaust memorial said in a statement, of bringing it back to Jerusalem for further study "and hopefully shed light on the experiences and fate of many Holocaust victims."

Dayan told Vatican Radio that the two men, both natives of Buenos Aires, conversed in Spanish, and that Francis was "very clear in condemning anti-Semitism" and in combatting it as an "ally."