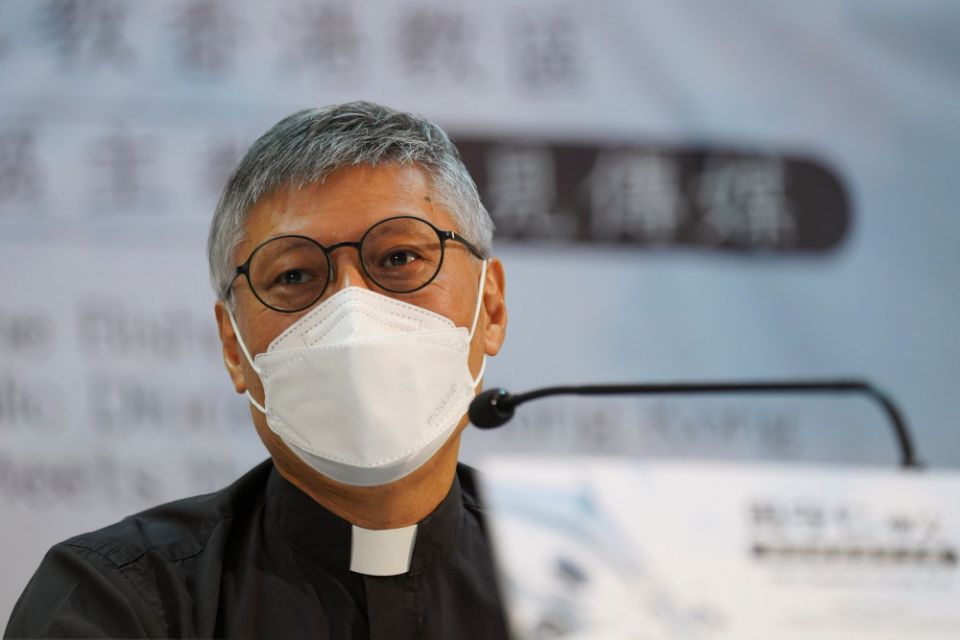 Bishop-designate Stephen Chow Sau-yan of Hong Kong speaks during a news conference at the Catholic Diocese Centre in Hong Kong May 18, 2021. (CNS/Reuters/Lam Yik)

Vatican City — Jesuit Fr. Stephen Chow, the newly appointed bishop of Hong Kong, did not at first think he was the right man for the job.

"It took months of discernment, consultation and prayer for me to accept this appointment," Chow, 61, told Religion News Service in an email on May 24. As a Jesuit religious, he is not assigned to a specific community or region, and he believed a diocesan priest would be more qualified.

But after receiving a hand-written note from Pope Francis, a fellow Jesuit, Chow "discussed and discerned" with his father general in Rome and accepted the appointment. "The decision is not mine," he said. "At the end — as a Jesuit, I owe my obedience to the Holy Father."

Pope Francis officially announced Chow's appointment as bishop on May 17. The auxiliary bishop of Hong Kong, Cardinal John Tong Hon will continue in his role of apostolic administrator of the diocese until Chow's consecration as bishop on Dec. 4.

The head of Hong Kong's Society of Jesus and the supervisor of two Catholic colleges, Chow said he feels "the pressure" of being appointed as the new bishop of the deeply divided diocese but hopes to promote unity among the competing political and religious interests in the city.

"Hong Kong is a place I really love, my birthplace and the place where I grew up, so I will do my best," Chow said.

Originally a British colony, Hong Kong was integrated by China in 1997 through a "one-country, two systems" policy that allowed the city to have some degree of independence from Beijing. But as China's political and economic interests have spread, the People's Republic has pushed for legislation that would further its control of Hong Kong. In 2019, an extradition law that allowed political prisoners in Hong Kong to be transferred to China for trial was met with large protests in the streets. Today, China promoted a "security law," which requires Hong Kong to enact legislation that retaliates against any act of treason or sedition against Beijing. 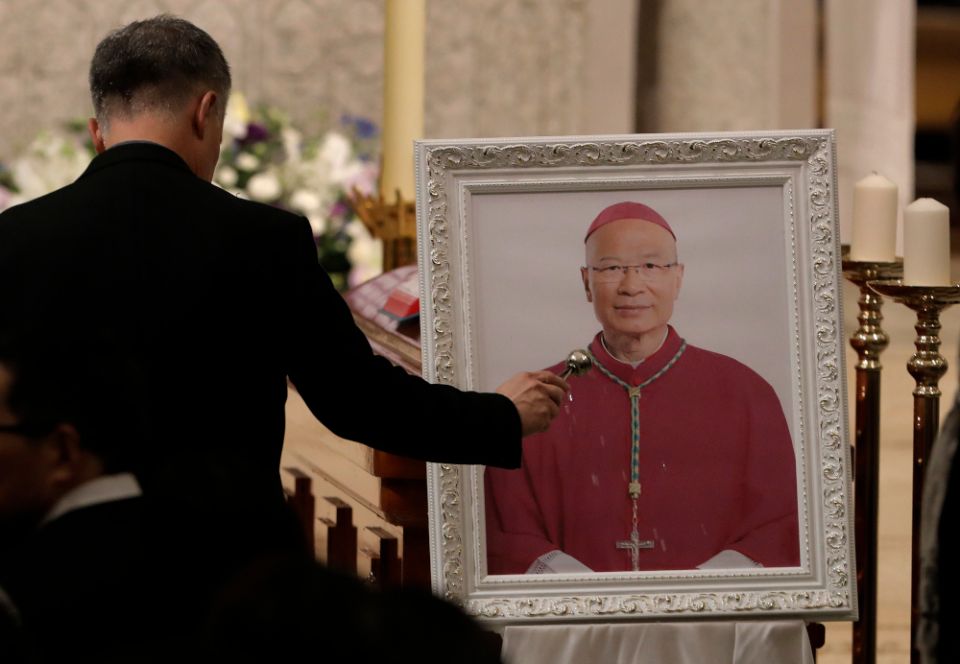 A parishioner pays his last respects in front of the picture of Bishop Michael Yeung at a vigil Mass in Hong Kong, Thursday, Jan. 10, 2019. (AP/Vincent Yu)

Catholics in Hong Kong have been successful at carving out a space in the political discourse, although rising tensions risk toppling the precarious balance in the city, and Catholics themselves are not united when it comes to relations with China. The current chief executive of Hong Kong, Carrie Lam, is a Catholic who has publicly called for dialogue and appeasement toward Beijing, while media mogul and Catholic Jimmy Lai was sentenced to two years in prison for his support of the pro-democracy protests in 2019.

It took two years for Pope Francis to select a good candidate for the diocese of Hong Kong after the death of the previous Bishop, Michael Yeung, in January 2019. According to media reports, the Vatican had to find a candidate who could satisfy both local Catholics and Chinese authorities.

In 2018, the Vatican renewed a secretive deal with the People's Republic that according to reports would allow Chinese officials to select a list of candidates to the episcopacy for Pope Francis to choose from. The controversial deal has split Catholics around the globe, some wishing for the Catholic Church to hold Beijing accountable, while others view the deal as the only way to restore diplomacy with the rising Asian superpower.

Chow doesn't know what his first steps will be once he becomes a bishop, stating that he will have "more to tell" once he begins in his new role. "I do believe that there is a God who wants us to be united. Unity is not the same as uniformity. We must respect unity in plurality. We must also learn to respect plurality," he said.

"Also, it takes a long process to bring healing," he added. "Listening with empathy is important and fundamental."

During a press conference on May 18, the soft-spoken prelate said he saw his role as that of a "bridge," yet he has not shied away from putting his weight behind important and provocative topics. He joined student protests commemorating the massacre at Tiananmen Square and during the press conference stated that "religious freedom is our basic right." He also plans to tell the Chinese "government not to forget that."

Having studied at Harvard University in the Unites States, Chow borrowed from the American principle of "out of many, one" when describing his planned approach once he is bishop.

Chow proposes "to see all things new in Christ — finding [the] God of Oneness in Plurality."