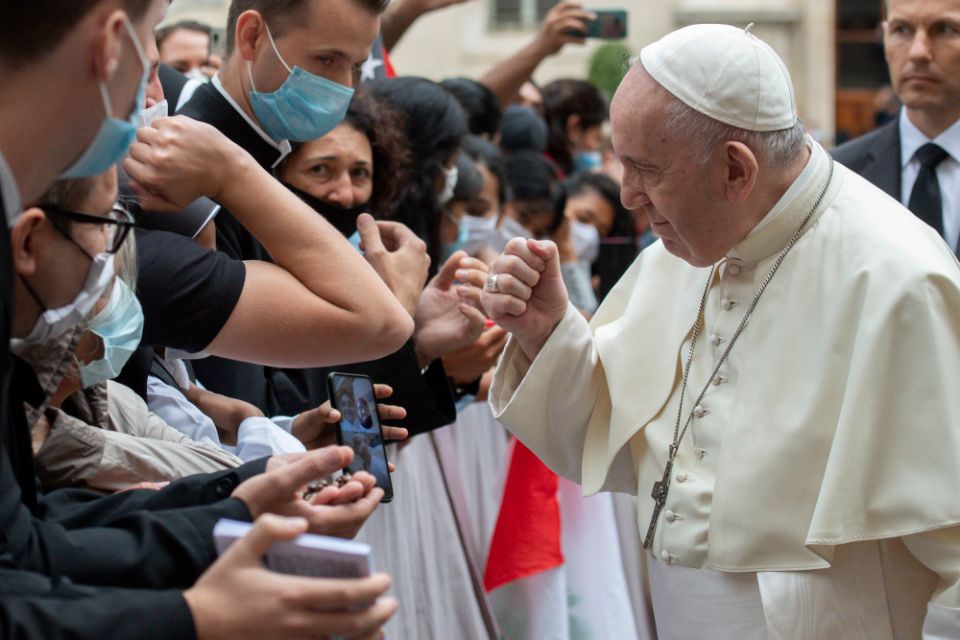 Rome — In Italy, a person's support for — or opposition to — Pope Francis has a stronger connection to their political affiliation or worldview than to their faith, a recent survey concluded.

A poll conducted by SWG, an Italian firm that monitors public opinion, showed that of the 800 adults surveyed in Italy, a significant number of people identifying as "traditionalist" Catholics supported the pope while the majority of those who opposed the pope were people who affiliated themselves with center-right political parties.

The results of the poll, conducted Oct. 28-30, were published on SGW.it in early November as part of the organization's weekly "radar" reports.

Those surveyed were asked how strongly they agreed or disagreed with a number of statements about Pope Francis and his impact on the church and the world.

One statement, "Pope Francis is trying to change the church, but many within (the church) oppose his initiatives" resulted in 83% of respondents agreeing and 17% disagreeing; almost all (98%) of the 88 "progressive" Catholics surveyed agreed.

The majority of all respondents (between 60% and 76%) agreed with such statements as Francis' teachings are meant for everyone, including people of no faith; he is "faithfully interpreting the Gospel"; his positions are closer to those who are not part of the church than to active Catholics; and "he is removing power from the Roman Curia." 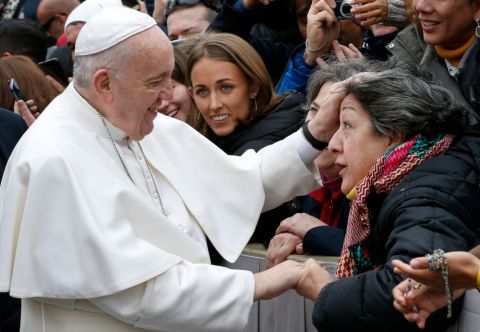 Pope Francis greets the crowd during his general audience in St. Peter's Square at the Vatican Feb. 26, 2020. (CNS/Paul Haring)

The two statements close to three-quarters of all respondents disagreed with were: Francis is distorting or "misinterpreting church teaching" and "he is destroying the church." Of those who did agree with those two statements, the most cohesive group was people identifying themselves as "traditionalists." About 40% of self-proclaimed traditionalists agreed with the statements.

When it came to the pope's position on the environment, financial reform at the Vatican and combatting child sex abuse, on average, 75% of all respondents agreed the pope was having a positive impact.

The survey also looked at respondents' gender and political and religious affiliation in relation to whether they considered themselves as someone who "opposed" or supported the pope or were "in the middle," having no consistent or uniform opinion making them completely pro or con.

Only 14% of respondents considered themselves fully "opposed" to the pope, believing he was betraying church teaching, destroying the church or not faithfully interpreting the Gospel.

The majority of those surveyed — 52% — said they supported the pope and believed he was faithfully interpreting the Gospel. Of these supporters, the majority, 53%, were women. Politically, 37% of the group said they were center-left or part of an anti-establishment populist movement, while 19% affiliated themselves with the center-right.

Be grateful to parents, never insult them, pope says