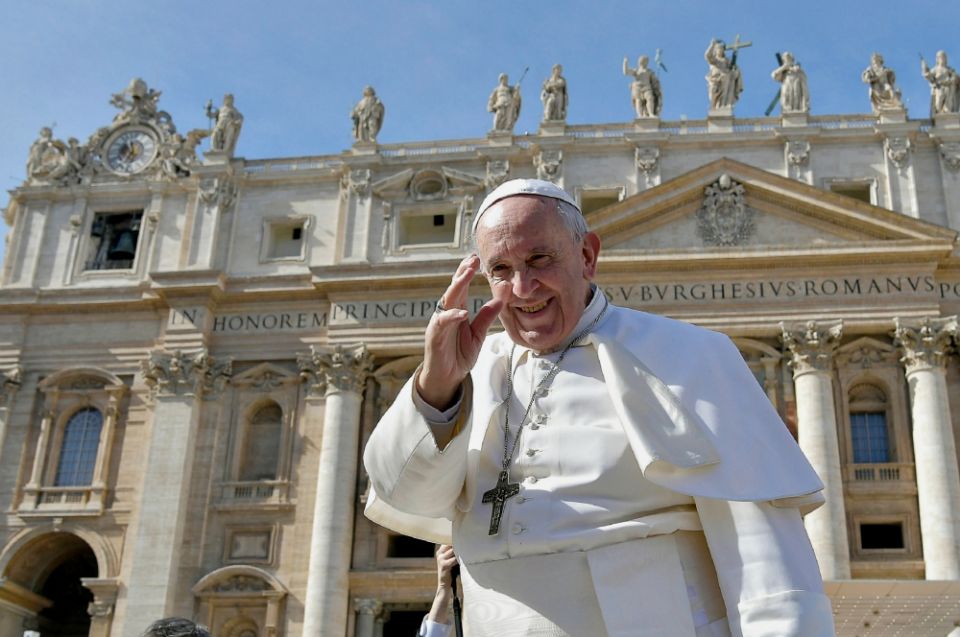 Vatican City — Pope Francis said the challenges facing humanity and the Earth are so urgent and important that he has invited world leaders, educators and young people to come to the Vatican next spring to launch a global alliance for building a new, more humane future.

"Never before has there been such need to unite our efforts in a broad educational alliance, to form mature individuals capable of overcoming division and antagonism, and to restore the fabric of relationships for the sake of a more fraternal humanity," he said.

The pope launched the new initiative, called the Global Compact on Education, for the future of new generations with a video and written message released by the Vatican Sept. 12. A related website, www.educationglobalcompact.org, went live the same day.

The pope has invited representatives from the world's religions, international organizations and humanitarian groups as well as educators, economists, scientists, policymakers, people from the world of art, culture and sports, and young people themselves to the Vatican May 14, 2020.

Participants will discuss what needs to be done for the future of "our common home" and sign a "Global Compact on Education" that offers concrete ways to teach future generations to be more aware, innovative and responsible when it comes to caring for each other and the Earth, according to a Vatican press release.

The need for a global alliance reflects an understanding that education is one of the best ways to prepare future generations for current and expected challenges over the coming decades, said a press release by the Congregation for Catholic Education, which is one of several Vatican offices organizing the event. Seminars are being offered over the next eight months in different parts of the world to help people prepare for the gathering.

Because the world's population will steadily increase, natural resources are being depleted and the Earth's climate is changing, everyone has a serious duty to live and develop in ways that are sustainable for now and future generations, the congregation said.

Francis wants everyone to join together, each with his and her own unique talents and skills, to help build a new kind of global village because the saying, "it takes a village to raise a child," requires the right kind of "village" to prepare young people best, it said.

This "educational village," the pope said in his written message, needs everyone to "share the task of forming a network of open, human relationships."

"The ground must be cleared of discrimination, and fraternity must be allowed to flourish," he said, and the form of education will be one that "integrates and respects all aspects of the person" and society.

"An alliance, in other words, between the Earth's inhabitants and our 'common home,' which we are bound to care for and respect. An alliance that generates peace, justice and hospitality among all peoples of the human family, as well as dialogue between religions," the pope said.

To reach these goals of being "an educating village," he said, "we must have the courage to place the human person at the center" and recognize that the whole world is deeply interconnected, which would require "a lifestyle that rejects the throwaway culture."

"Another step is to find the courage to capitalize on our best energies, creatively and responsibly," he said, and "to be proactive and confident in opening education to a long-term vision unfettered by the status quo. This will result in men and women who are open, responsible, prepared to listen, dialogue and reflect with others, and capable of weaving relationships with families, between generations and with civil society, and thus to create a new humanism."

Lastly, education must give adequate training those who want to serve others, he said.

"Serving means working beside the neediest of people, establishing with them first and foremost human relationships of closeness and bonds of solidarity" without fear, without calculation, but with tenderness and understanding, "just as Jesus knelt to wash the Apostles' feet."

The pope appealed to "authoritative public figures in our world who are concerned for the future of our young people" to take up his invitation and he called upon young people to take part and help build "a better world."

"Let us seek solutions together, boldly undertake processes of change and look to the future with hope. I invite everyone to work for this alliance and to be committed, individually and within our communities, to nurturing the dream of a humanism rooted in solidarity and responsive both to humanity's aspirations and to God's plan," he said.