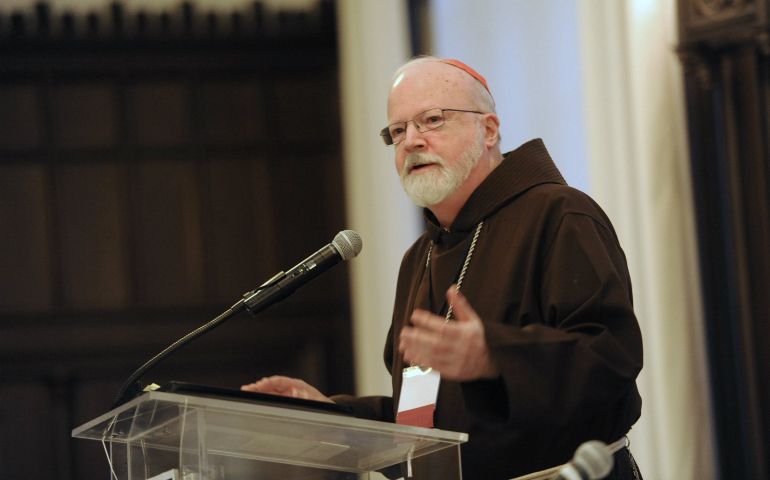 Vatican City — Pope Francis named Cardinal Sean P. O'Malley of Boston, who is president of the Pontifical Commission for the Protection of Minors, to be a member of the Congregation for the Doctrine of the Faith.

The Vatican announced his and other papal appointments Jan. 14.

The 72-year-old archbishop of Boston is one of the eight members of the Council of Cardinals who has been assisting Pope Francis with the reform of the administration of the Roman Curia, and now he joins 26 other cardinal and bishop members, and 28 consulting theologians, in advising the doctrinal congregation.

The congregation deals with doctrinal questions as well as the application of Catholic moral teaching. But it also is charged with coordinating efforts to rid the church of sexual abuse and with monitoring or conducting cases against individual abusers.

While the congregation members offer their expertise on the many questions the office considers pressing, O'Malley's experience leading three U.S. dioceses confronting the abuse of minors by clergy will be important, U.S. Msgr. Robert W. Oliver, secretary of the Pontifical Commission for the Protection of Minors, told Catholic News Service Jan. 17.

Oliver, who once worked as the chief prosecutor of sex abuse crimes when he was promoter of justice at the doctrinal congregation, worked on the abuse crisis in his home Archdiocese of Boston with O'Malley.

The cardinal will bring "the experience of local bishops who have been there" in terms of handling abuse accusations, and will help the congregation as it deals with new cases coming in from different parts of the world, the monsignor said.

The pope also named new consultors to the Congregation for Divine Worship and the Sacraments. The 17 new advisers include Donna Orsuto, a U.S. professor of spirituality at the Pontifical Gregorian University in Rome, and Australian Father Robert McCulloch, who spent decades ministering in Pakistan before becoming procurator general of the Missionary Society of St. Columban in Rome.

The new consultors — 10 priests or male religious, five laymen and two laywomen — include Jesuit artist and theologian Father Marko Rupnik, who is the director of Rome's Centro Aletti, a community of scholars and artists committed to bridging Eastern and Western traditions through theological dialogue, research, reflection and publication.

The pope also named as a consultor British Msgr. Bruce Harbert, who had served as executive secretary of the International Commission on English in the Liturgy — the body that seeks to develop unified English translations of the prayers used at Mass, for the celebration of the sacraments and other liturgies.

American nun group questions whether LCWR oversight is truly over

Editorial: Disconnect between preaching, practice on LCWR is painful