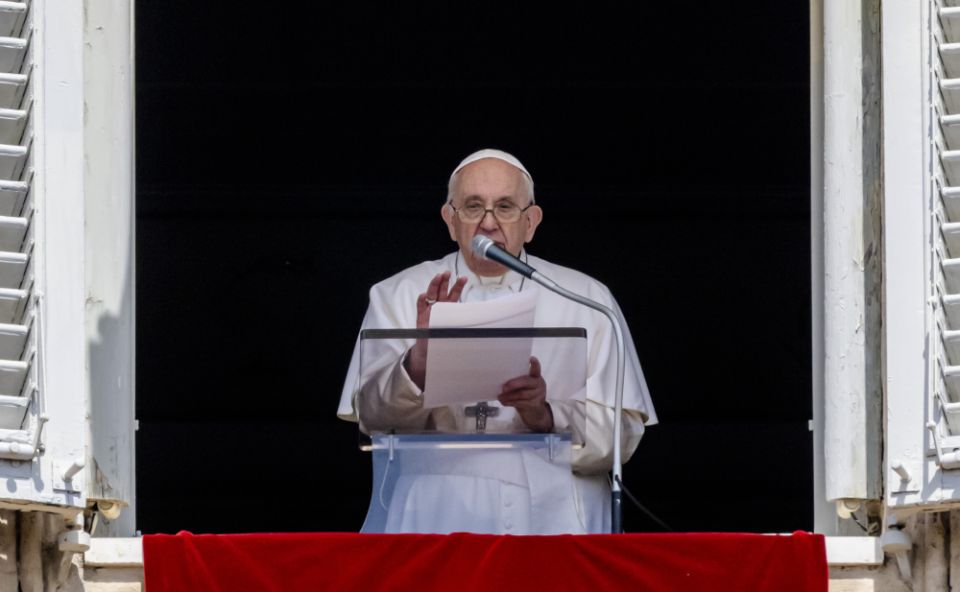 Calling for “open and sincere dialogue,” the pontiff made his first public comment on the Friday raid of Matagalpa Bishop Rolando Alvarez's residence. The detention of him and an unknown number of priests came amid worsening tensions between the church and a government increasingly intolerant of dissent.

Francis told thousands of people gathered in St. Peter’s Square for his customary Sunday noon remarks that he was closely following with “worry and sorrow” events in Nicaragua that involve “persons and institutions.” He didn't mention the detentions.

"I would like to express my conviction and my hope that through means of open and sincere dialogue, one can still find the basis for respectful and peaceful co-existence,'' the pope said.

Before Friday's pre-dawn raid, Nicaraguan authorities had accused the bishop of “organizing violent groups” and inciting them “to carry out acts of hate against the population.”

The National Police confirmed the detentions, saying the operation was carried out to allow “the citizenry and families of Matagalpa to recover normalcy.” It didn’t cite specific charges.

“For several days, a positive communication from the Matagalpa diocese was awaited with a lot of patience, prudence and sense of responsibility, that never materialized,” the statement said. “With the continuation of the destabilizing and provocative activities, the aforementioned public order operation became necessary.”

Álvarez was held under guard at a house in Managua and allowed to meet with relatives and Cardinal Leopoldo Brenes, the police statement said. The police didn't name the priests who were taken into custody.

Álvarez has been a key religious voice in discussions of Nicaragua’s future since 2018, when a wave of protests against Ortega’s government led to a sweeping crackdown on opponents.

Ortega’s government arrested dozens of opposition leaders last year, including seven potential presidential candidates. They were sentenced to prison this year in quick trials closed to the public.

Ortega has contended the pro-democracy protests were carried out with foreign backing and with the support of the Catholic church.

The former Marxist guerrilla infuriated the Vatican in the 1980s, but gradually forged an alliance with the church as he moved to regain the presidency in 2007 after a long period out of power.

But days before last year’s presidential election that resulted in Ortega winning a fourth consecutive term, he accused the Central American nation's Catholic bishops of having drafted a political proposal in 2018 on behalf “of the terrorists, at the service of the Yankees." He also contended the bishops were "also terrorists.”

In March, Nicaragua expelled the papal nuncio, the Vatican’s top diplomat in Nicaragua.

The government has shut eight Matagalpa province radio stations, seven of them run by the Catholic church.