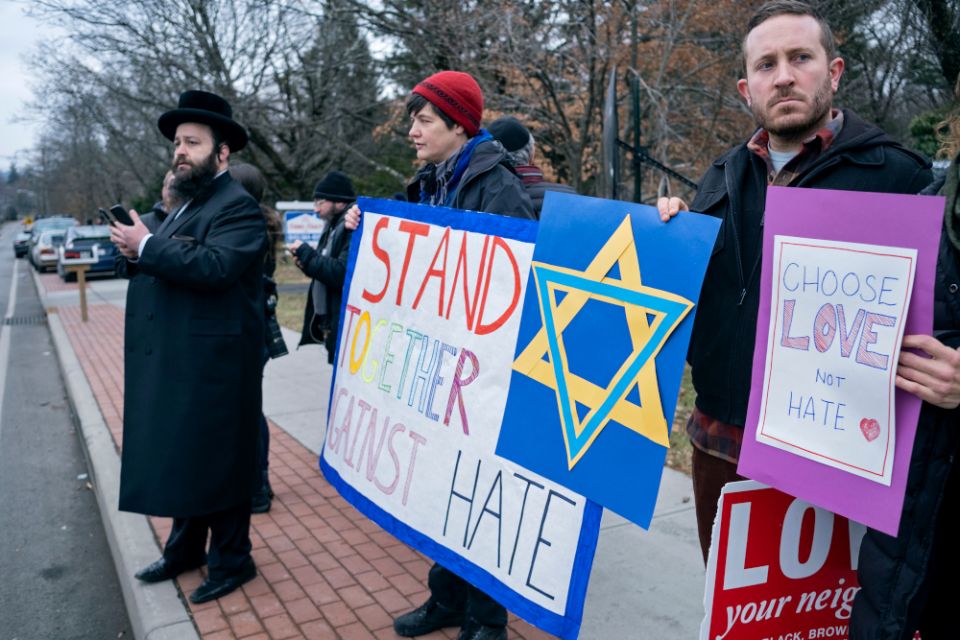 Neighbors gather to show their support of the community near a rabbi's residence in Monsey, N.Y., Sunday, Dec. 29, 2019, following a stabbing Saturday night during a Hanukkah celebration. (AP/Craig Ruttle)

Vatican City — With anti-Semitism on the rise globally, the Vatican and the United States partnered at a virtual conference on Nov. 19 to condemn hate crimes and violence against Jews in both Europe and the U.S. and to reaffirm their support of the state of Israel.

"In recent years, we have witnessed the spread of a climate of evil and antagonism, in which anti-Semitic hatred has been manifested through a number of attacks in various countries," said Vatican Secretary of State Cardinal Pietro Parolin in his remarks.

"The Holy See condemns all forms of anti-Semitism, recalling that such acts are neither Christian nor human," he added, quoting Pope Francis, who has continued his predecessors' efforts to promote dialogue with the Jewish community.

The online event, which was organized by the U.S. Embassy to the Holy See, took place only a few hours after U.S. Secretary of State Mike Pompeo visited the occupied West Bank in the company of Israeli Prime Minister Benjamin Netanyahu and denounced the Boycott Israel movement as anti-Semitic.

Elan S. Carr, U.S. special envoy for monitoring and combating anti-Semitism, called Israel, "not only a country but humanity's most beautiful response to something evil.

Anti-Zionism is part of the far left's increasing tendency toward anti-Semitism, according to Carr, while on the far right, anti-Semitism is taking the shape of "torchlit marchers who wave Nazi-like banners and spew of the most vile hate on fringe media sites of the deep web."

He noted that militant Islam is the "chief source of violence" in Europe, where attacks against Jewish communities have been steadily rising.

"Something is not going well in the transmission of memory to younger generations," she said. 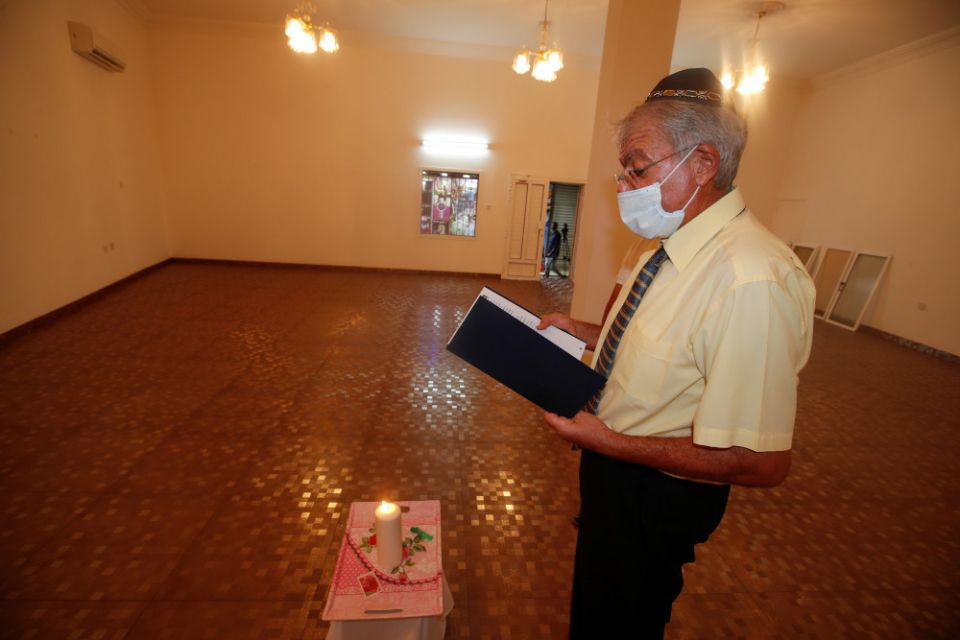 Ebrahim Daoud Nonoo, head of Bahrain's Jewish community, offers prayers after lighting a candle in a synagogue in Manama, Bahrain, Nov. 9, 2020, to participate in a campaign against anti-Semitism, racism, hatred and intolerance. The U.S. Embassy to the Holy See is sponsoring an online conference on confronting the global rise of anti-Semitism. (CNS/Reuters/Hamad I Mohammed)

A newly released FBI report shows that in the U.S., hate crimes against Jews grew 14% in 2019 compared to the previous year. Last year numerous attacks against American Jews took place, including the shooting at a synagogue in California and a spate of violent attacks in the New York area.

He offered as an "offensive measure" promoting a "philo-Semitic narrative" that emphasizes the importance of the Jewish community to culture and history. In this effort, he said, the Catholic Church can be a powerful ally.

Carr praised the work of Pope John Paul II in combating totalitarian regimes and promoting religious dialogue and freedom. John Paul was the first pontiff to visit the Auschwitz-Birkenau concentration camp, the first to visit a synagogue and the first to establish diplomatic ties with Israel.

Carr went off-topic to underline the "enormous role that the Catholic Church stands to play in combating evil" in China, doubling down on a speech Pompeo delivered at a previous embassy event in which he urged Francis to condemn China just as the Vatican was renewing a deal with Beijing on appointing bishops in the Communist state.

Francis has already moved to combat anti-Semitism by reaching out to Jewish communities and organizations and promoting interreligious dialogue. In March, Francis opened the church's archives on Pope Pius XII, who ruled during World War II and has been accused of ignoring the Holocaust. "The Church is not afraid of history," Francis said in March.

Speaking at the online conference, Parolin noted that "it is not only a matter of remembering or studying the past," but of moving forward toward overcoming resentment.

"It is my hope, that the more Christians and Jews grow in fraternity, social friendship and dialogue, the less anti-Semitism will be possible," he added.

Vatican | Vatican and US join to condemn rising anti-Semitism

Your thoughts on acknowledging white privilege

The preferential option for the removal of statues

Religion loses clout: Why many say that's a bad thing