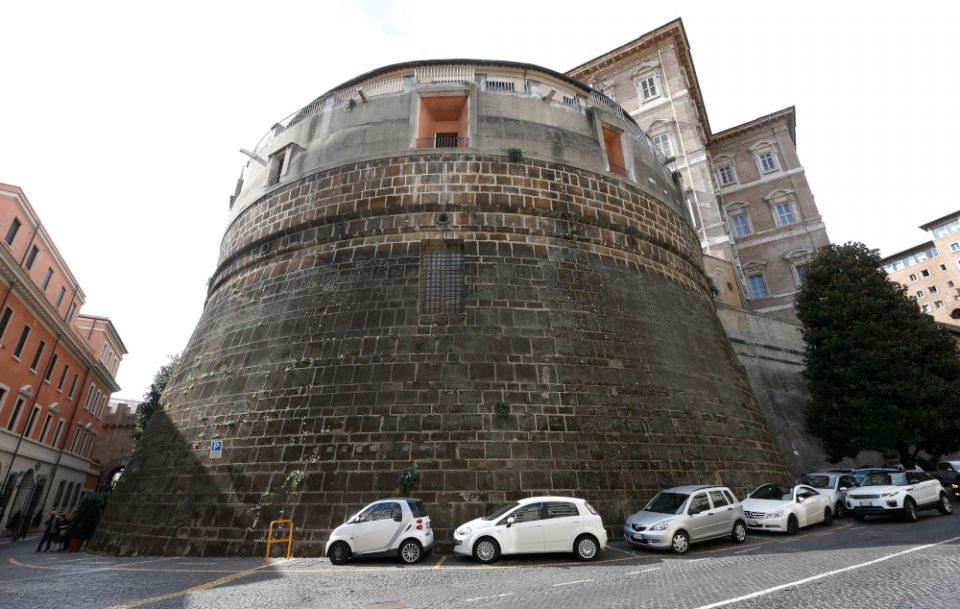 The tower of the Institute for the Works of Religion, often referred to as the Vatican bank, is pictured in this 2019 photo. The Vatican bank made a profit of 38 million euros (about $42.9 million) in 2019, more than twice the profit reported in the previous year, according to an annual report released June 8, 2020. (CNS/Paul Haring)

Vatican City — The Institute for the Works of Religion, often referred to as the Vatican bank, made a profit of 38 million euros (about $42.9 million) in 2019, more than twice the profit reported in the previous year, according to its annual report.

In the report, which was released by the Vatican June 8, Jean-Baptiste de Franssu, president of the bank's board of supervisors, said that 2019 was "a favorable year" and the profit reflected "a prudent approach in the management of the institute assets and its costs base."

The bank held assets worth 5.1 billion euros ($5.7 billion) at year's end, which included deposits and investments from close to 14,996 clients — mostly Catholic religious orders around the world, Vatican offices and employees, and Catholic clergy.

"In 2019, the institute continued to provide, with rigor and prudence, financial services to the Vatican City State and the Catholic Church worldwide," the institute said in a June 8 statement.

According to the report, the bank's assets are worth 630 million euros ($720 million) placing its tier 1 capital ratio — which measures the bank's financial strength — at 82.4 percent compared to 86.4 percent in 2018.

The decreased ratio, the bank said, is attributable to the decrease in common equity and the higher credit risk of assets.

"The priority and commitment of the institute to the ethical and social principles of Catholic teaching is applied to the management and investment policies of its own account and to those of its clients," the institute said.

The Vatican bank, the statement said, continues "to invest in corporations that perform activities in line with the Catholic ethics and with the respect for creation, human life and human dignity."

The IOR, which is the Italian acronym for the Institute for the Works of Religion, said it also contributed "to numerous and social activities," as well as provided rent with subsidized leases to associations and Catholic institutions that "due to their limited budgets could not afford to rent at market price."

It also loaned property for free use "to organizations that offer hospitality and support to people in conditions of particular fragility or risk, such as young single mothers or victims of violence, refugees, the sick and the needy," the institute said.

The institute said that although the coronavirus pandemic has made estimates for 2020 "highly uncertain," it will "continue to serve the Holy Father in his mission as the universal pastor, through the provision of dedicated financial advisory service, in full compliance with Vatican and international laws in force."

Before the report's release, the 2019 financial statements were audited by the firm Mazars and were reviewed by the Commission of Cardinals overseeing the institute's work, the press release said.