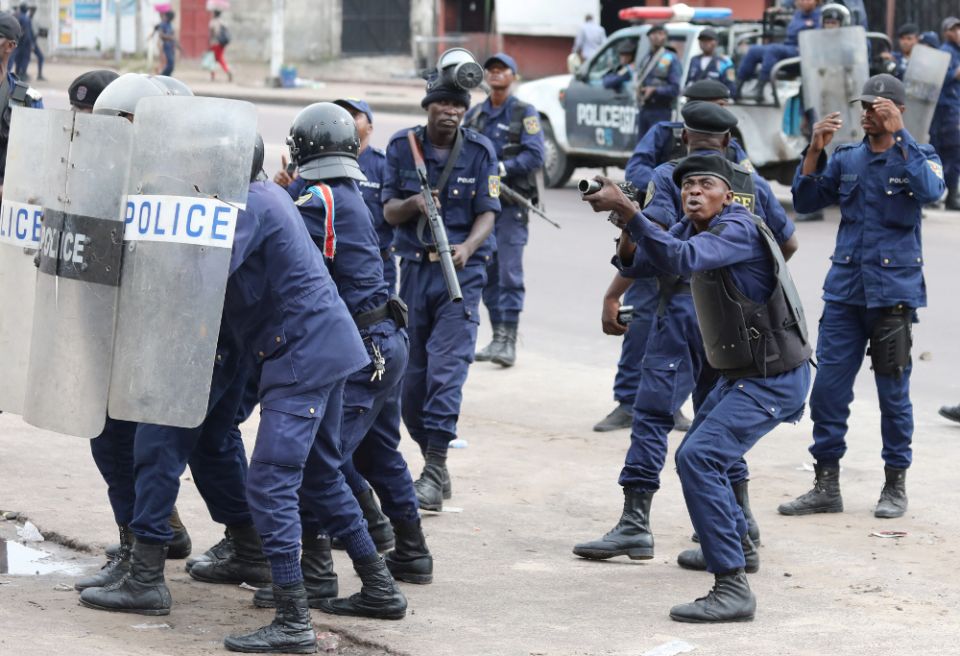 Kinshasa, Congo — Congo's bishops said a young Catholic was killed at point-blank range and another was shot dead while trying to return home from anti-government protests.

The protests, organized by the church's Lay Coordination Committee, were designed to be peaceful marches "to say no to dictatorship," said a statement on the bishops' website Feb. 26, the day after the marches. They said police used tear gas and live bullets.

The confrontation was the third in two months to occur after Sunday Masses. Clashes Dec. 31 and Jan. 21 left 15 people dead, 70 injured and 115 arrested, including a dozen clergy, according to church and United Nations data.

"Human rights defenders are denouncing the brutality shown by police in scattering these peaceful demonstrators," the bishops said. "But if we believe the city of Kinshasa's police commissioner, no such slip-ups took place."

A police spokesman said no one was killed as police broke up the protests.

The bishops said others were injured and detained around the country as more than 3 million protesters rallied nationwide, demanding President Joseph Kabila step down. A 2016 church-brokered accord required Kabila to resign after his second five-year term, with elections by late 2017. The country's elections currently are scheduled for December.

"At Our Lady of Fatima Parish, the demonstrators were also restrained by police after scuffles, while those at Holy Trinity Parish marched along back roads before encountering the security forces."

In a Feb. 26 statement, Leila Zerrougui, head of the U.N. stabilization mission in Congo, demanded an inquiry and said she regretted more deaths had occurred, "despite orders given to security forces to show greatest restraint in handling the demonstrations."

On Feb. 25, Fr. Donatien Nshole, secretary-general of the Congolese bishops' conference, praised the behavior of the police officers in some areas of Kinshasa and called on the population to remain vigilant.

Agence France-Presse reported that security forces had been "massively deployed before all Catholic churches" in Congo's second-largest city, Lubumbashi, where "any attempt to gather" had been "systematically dispersed" with tear gas and live bullets. It reported that several Catholics were badly wounded when trying to sing Congo's national anthem outside Kinsangani's cathedral, while at least three priests had been driven away in a police jeep at the city's St. Peter Parish.

AFP reported the government had accused church leaders of "partisan political activism" and "inciting the population to revolt" during a Feb. 24 government meeting.

Several thousand youth supporters of the governing party occupied the square in front of the Kinshasa cathedral Feb. 24; a spokesman told AFP the aim was to "recall the church to its role of neutrality."