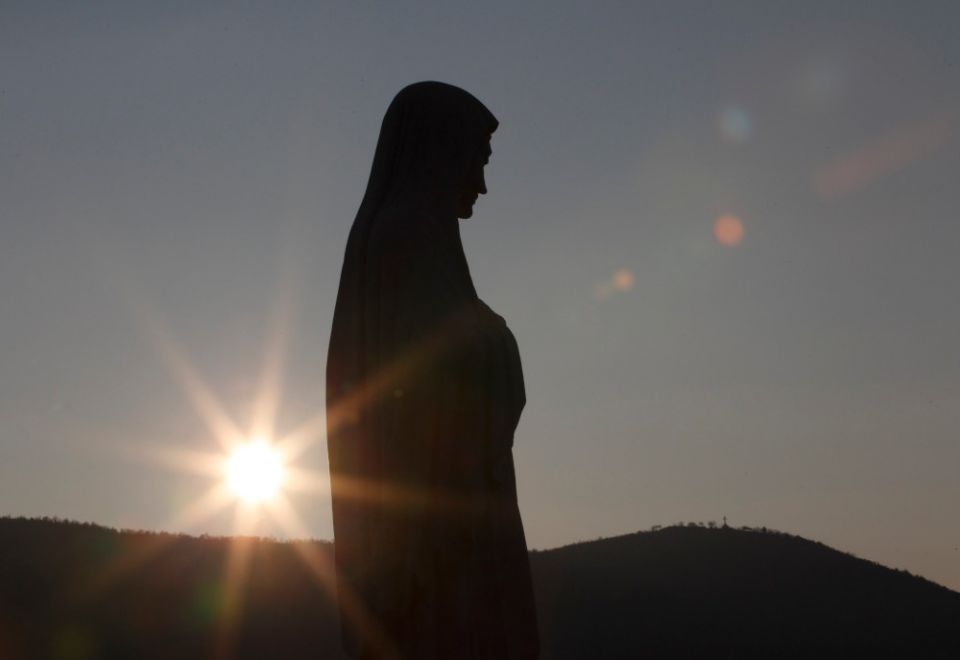 The sun sets behind a statue of Mary on Apparition Hill in Medjugorje, Bosnia-Herzegovina, in this Feb. 26, 2011, file photo. The Congregation for the Doctrine of the Faith has issued a notification stating that Tomislav Vlasic, a former Franciscan and former spiritual adviser to the alleged visionaries of Medjugorje, has been excommunicated. (CNS/Paul Haring)

Vatican City — A former priest who had been an early spiritual adviser to the alleged visionaries of Medjugorje, Bosnia-Herzegovina, has been excommunicated, according to an announcement by the Diocese of Brescia, Italy, where he lives.

"The Congregation for the Doctrine of the Faith formally communicated to the bishop of Brescia that on July 15, 2020, the congregation issued a declarative decree regarding Mr. Tomislav Vlasic. The decree declared that Mr. Vlasic incurred the penalty of excommunication," said a statement published Oct. 23 by the Brescia diocesan press office.

In 2009, Pope Benedict XVI had laicized Vlasic, formerly a Franciscan priest who had served as a spiritual adviser to the Marian visionaries in Medjugorje, Bosnia-Herzegovina.

Benedict, in a document issued "motu proprio" (on his own initiative), returned Vlasic to the lay state and dispensed him from his religious vows as a member of the Order of Friars Minor.

At the time, Vlasic was confined to a Franciscan monastery in L'Aquila, Italy, after he refused to cooperate in a Vatican investigation of his activities for suspected heresy and schism. Vlasic had left Medjugorje in the mid-1980s to establish the Queen of Peace community in Parma, Italy, for both men and women after it was publicly revealed that he had fathered a child with a Franciscan nun and then tried to cover up their affair.

Vlasic also was warned at the time that if he continued to present himself as a priest or if he released "declarations on religious matters, especially regarding the phenomenon of Medjugorje," he would face further penalties, including possible excommunication.

The decree of excommunication, it said, means "Mr. Vlasic is forbidden from taking part in any way as a minister of the celebration of the Eucharist or any other ceremony of public worship, of celebrating sacraments or sacramentals, of receiving the sacraments or exercising any kind of church office, ministry or function."

The diocese asked pastors to expel Vlasic from any "act of public worship" and to interrupt any church functions where he is present and refuses to leave.